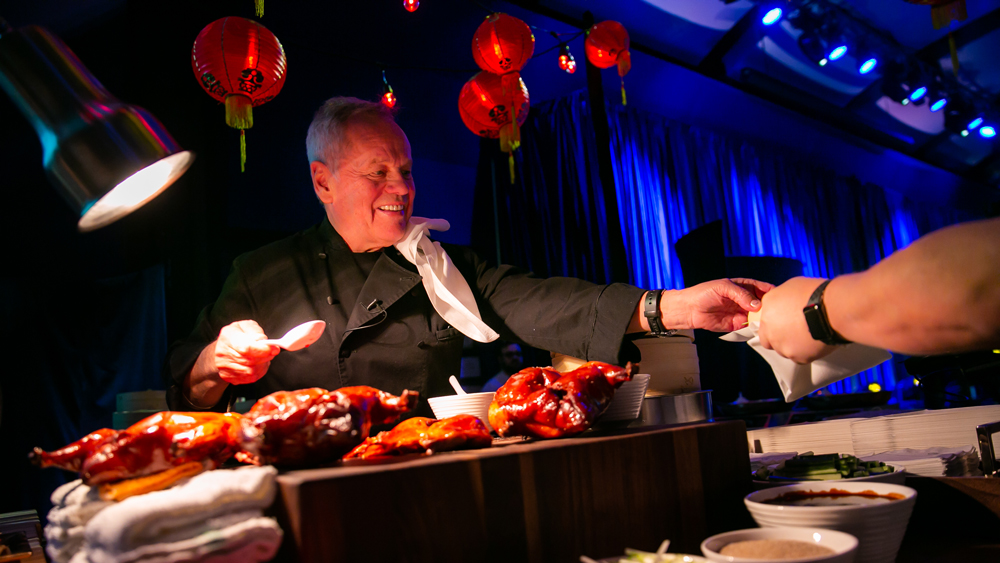 After nearly two years of stops and false starts, after numerous closures and cancellations, many of LA’s top restaurants and caterers are ready for a Super Bowl windfall.

Despite Omicron and the uncertainty that lingers around it, Los Angeles chefs know that this week represents a chance to claw back some of the losses the pandemic has dealt them. And then, when all their cooking and catering is done, maybe they can relax for a bit and watch the Rams play the Bengals.

The first Super Bowl was held in Los Angeles, and the city hosted the event at regular intervals into the ’90s, but when the NFL teams left the city, so did the big game. This is the first time the region gets to enjoy a Super Bowl economic bump since the Cowboys trounced the Bills at the Rose Bowl 29 years ago. And the bump is real. Last September, the Super Bowl Host Committee released a report from economic research firm Micronomics which estimated that the game’s overall economic impact for Los Angeles would be between $234 million and $477 million. A lot, including a new Covid variant, has happened since September, but there’s no doubt that big money and expensive booze will be flowing in Los Angeles during Super Bowl week.

“We’re doing $2.5 million of catering business during the week, which is enormous,” says chef Wolfgang Puck, whose catering arm is cooking for official NFL tailgate and pregame events at SoFi Stadium in Inglewood. “I think it will be a great thing, and hopefully it will carry over to the Oscars.”

Puck adds that $500,000 of catering revenue would have been a good week pre-pandemic, so this week’s numbers are staggering. And his restaurants will also see a huge rise in business during the lead up to the game.

“Spago could be three times bigger and we would still be booked,” Puck says. “We have parties. We have people calling every day. Cut in Beverly Hills is booked to the rafters.”

Among the clientele who are planning to eat at Spago this week is Kenny Dichter, the CEO of Wheels Up, which offers memberships for private-jet travel.

“You don’t go to LA without giving Wolfgang a tip of the hat,” Dichter says. “I will be at Spago, the restaurant that started at all.”

Dichter is also hoping that Puck will make it to the five-night Wheels Up takeover of Rao’s in Hollywood that runs from Tuesday through Saturday. Wheels Up and Rao’s have collaborated on pop-ups at previous Super Bowls and at the Masters golf tournament. And this week, Rao’s owner Frank Pellegrino, Jr. and chef Dino Gatto (whom Dichter likes to call “the Bill Belichick of meatballs”) will leave their legendary East Harlem restaurant and be in Hollywood to see about 100 to 120 nightly guests who will likely include Joe Montana, Troy Aikman, J.J. Watt, Russell Wilson, Ciara, Scott Van Pelt and Kirk Herbstreit.

Dichter says he’s committed to eating at Rao’s five nights this week, but he’s also planning daily breakfasts at Nate & Al’s and visits to some of his other favorite Beverly Hills spots, including Il Pastaio, Xi’an and Avra. Between meals, he’ll be at the Kreation juice shop, grabbing a 50 Shades of Green.

Clearly, a lot of jet-setters will be in LA this week, spending money on food and drinks all day and night when they’re not at exclusive private parties. For Crystal Coser, the president of the Bites & Bashes catering company and cafe, Super Bowl week means an unprecedented amount of business.

“It’s the biggest event in our history,” says Coser, who runs Bites & Bashes with her mom, Julie, the company’s executive chef. “My big day of parties, Saturday, February 12, is bigger than my December 2019 when I was doing things like Seth MacFarlane’s Christmas party. It’s bigger than that entire month.”

Coser, who has two celebrity-packed parties (including one with a guestlist of more than 1,000 people) on Saturday, is using this week to launch a spinoff business: Bar Bijoux, which offers specialty cocktails, bottle service and collaborations with major liquor brands. At one party, Coser and her teams will have two sushi bars, a farmer’s market station with produce from the Coser family farm, a Koreatown-themed station, two taco carts, a boozy churro bar and cocktails made with top-shelf booze like 818, Dusse, Ace of Spades, Cincoro and American Harvest.

A Laker legend is also getting in on the festivities. On Friday Shaq’s Fun House, a ticketed and open-to-the-public event that’s sponsored by powerhouse cryptocurrency exchange FTX (which just closed a $400 million round of funding at a $36 billion valuation), features performances from Lil Wayne, Zedd, Diplo and host Shaquille O’Neal along with a six-hour open bar and food from restaurants including KazuNori (which will serve VIP guests) and Roscoe’s House of Chicken & Waffles. If you’re the type of EDM club kid who still remembers that Zedd and Diplo have talked shit (literally with a poop emoji in Diplo’s case) about each other in the past, this is probably the party for you.

And Shaq’s Fun House at the Shrine Auditorium is collaborating with Wynn Nightlife on VIP tables, bottle service and even a million-dollar package that includes round-trip domestic flights for 12 on a private jet, a private on-stage VIP deck, Rolls-Royce transportation to and from the event, unlimited champagne and spirits and the opportunity to be part of Shaq’s DJ set.

Bringing in a nightlife team from Las Vegas makes sense at a moment where much of the LA hospitality industry is struggling to find staff for even their regular days and nights of service. For Super Bowl events, Wolfgang Puck Catering is utilizing chefs who typically cook for big clients like Netflix and Sony Pictures while also flying in employees from its Houston and Dallas outposts. Coser’s Bites & Bashes, meanwhile, has recruited servers from friends’ restaurants.

Restaurants like Akasha in Culver City are preparing for big takeout orders as the hometown Rams play in the game.  Photo: courtesy Akasha

The reality is that this is an industry where the best operators just figure it out, especially now after almost two years of pandemic-related chaos. In Culver City, with its relatively easy access to Inglewood and with its new hotels like the Shay and Palihotel, chef Akasha Richmond is expecting that her dining room, bar and three patios at Akasha will be especially busy for Sunday brunch. And Richmond’s restaurant, which has been a longtime gathering place for Sony executives and Hollywood A-listers like Bob Iger, also has a game-day takeout menu with fried chicken, tandoori wings, pigs in a blanket, turkey chili, crudite and more. Richmond expects to see more Super Bowl takeout business than she ever has before.

And then, after Sunday night orders are done, it’s time to get ready for another busy evening. Akasha has been closed Mondays during the pandemic, but the Monday after the Super Bowl is different, of course.

“Valentine’s Day is the next day, which is crazy,” says Richmond, who has elegant dine-in and takeout menus planned for that evening. “I just walked the farmers market to make sure I could get everything I want. We’re going to be busy no matter what we do.”