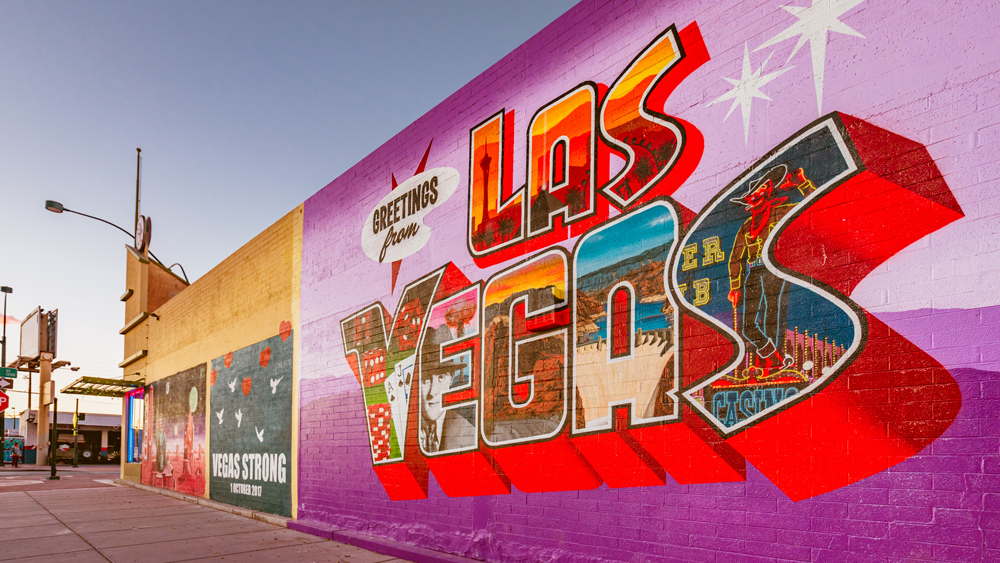 Trees, the forward-thinking culinary entrepreneur who opened seasonal Italian restaurant Esther’s Kitchen in 2018, is ready to solidify the neighborhood’s status as a vibrant off-Strip dining destination. He’s carefully considering the balance between art and commerce as he expands Esther’s Kitchen and moves it to a building he’s purchased. He’s thinking about the possibility of the Michelin Guide returning to Las Vegas as he does research and development for a forthcoming fine-dining restaurant.

And like other prominent chefs, mixologists and hospitality operators in the neighborhood, he’s focused on offering experiences that are different and no less impressive than what you’ll find on the Strip. Maybe the best way to understand this is to have Trees explain how Esther’s Kitchen, which serves pastas like mafaldine nero with Maine lobster and rigatoni carbonara that’s brightened with snap peas, will have a live pasta-rolling area at its future location.

“That’s going to be next to the wood-fired pizza oven when you walk in,” Trees says. “We’re going to be actually rolling pasta to order. That’s something that no one else in Vegas is attempting to do. We’re doing things they wouldn’t even consider on the Strip.”

Trees, who plans to open the new Esther’s Kitchen next year, is also adding a 4,000-square-foot kitchen with a hearth onto the Main Street building, which was originally built in 1943 and previously home to a car wash and a junk warehouse. When he’s done, his new restaurant will occupy a 16,000-square-foot building that’s next to his current Esther’s Kitchen space. The original location of Esther’s Kitchen will become a tasting-menu spot with French and American influences.

“If Michelin is doing Florida, I don’t know why they wouldn’t bring Vegas back,” Trees says. “If they show up, I don’t want to be behind the curve. I want to be ready.”

The Arts District, where terrific cocktail bars like Velveteen Rabbit and Jammyland bring in discerning crowds of locals and tourists who want expertly made drinks and an alternative to overheated nightlife, is already one of the most pleasantly strollable areas in Las Vegas. Food crawls are easy here with standout restaurants like Vincent Rotolo’s Good Pie, which blends three flours for pizza dough and excels at Brooklyn-style, Detroit-style, Sicilian-style and grandma-style pies. Bruce Kalman’s Soulbelly BBQ serves impressive Texas-style barbecue, smoked burgers and smoked nachos in a neighborhood that also pops with craft breweries (including Able Baker ahd Hop Nuts), a new mezcal bar (Misterio), sushi (Yu-Or-Mi) and a lively coffee house that serves a wide variety of Latin food (Makers & Finders).

“There’s a camaraderie and a sense of community here,” says Rotolo, who regularly sends pizzas to feed the cooks at neighboring restaurants. “I was in Brooklyn before Brooklyn was Brooklyn. The Arts District of Las Vegas reminds me of Brooklyn before it became what it is today. I felt the change coming. There were musicians and murals, and a lot of the breweries were coming. There were all these creatives around a neighborhood, with artists creating on a daily basis. It’s inspiring.”

Rotolo, who was born in Brooklyn and managed The Meatball Shop in Williamsburg, also wants to make the point that the neighborhood’s dining scene is being driven by experienced food-and-beverage professionals. Trees, a Vegas native, opened five restaurants for Michael Mina and was the executive chef for the Superba restaurant group in Los Angeles. Kalman cooked with Paul Bartolotta at Spiaggia in Chicago and ran the kitchen at the highly regarded Union in Los Angeles.

“With James Trees, Bruce Kalman, myself and others in the Arts District, there’s a commitment to be the best in the country, to be on a national level,” says Rotolo, who uses a blend of four mozzarellas for his cheese pizza and has a temperature-controlled dough room and a $25,000 water system at Good Pie. “We have the talent and the work ethic to do that. We feed off each other.”

The relationships run deep here. Trees roasted a whole pig for Rotolo’s wedding reception at Arts District wine bar Garagiste as a gift. Rotolo is working with his former boss, Meatball Shop co-founder Daniel Holzman, on a to-be-announced Arts District restaurant that is in the design phase.

Even OG Strip-dining pioneers are pouncing. Sources say Wolfgang Puck is working on a bakery and bread commissary in the Arts District. Todd English, who opened Olives at Bellagio in 1998 and now has Olives at Virgin Hotels Las Vegas, recently debuted the boutique English Hotel. Inside that hotel is English’s The Pepper Club, which serves sushi, robatayaki, roast duck, oxtail fried rice and “cross-cultural” dishes like tuna tataki with tahini and black olive crisps.

“I always laugh about how when I got out of cooking school way back when, there was a lot of talk about how you can’t blend cuisines,” English says. “Fusion cuisine was confusion food, and nobody understood it. And God forbid you mixed extra-virgin olive oil with soy sauce.”

Since then, restaurants all over the country, powered by the influence of chefs like English, have embraced the idea of merging global flavors. This is the kind of food that works nicely in the Arts District, where English says his customers “are 100 percent more adventurous, experimental and excited” than what he’s seen on the Strip.

“Sometimes, a casino customer isn’t living on that edge,” he says.

The chefs creating the future of the Arts District want to preserve the edge and accessibility they see in the neighborhood. English says he just had a discussion about making sure that the cocktails at The Pepper Club are less expensive than drinks on the Strip, “so people feel comfortable coming in and don’t feel like they’re getting gouged.” He plans to start a $5 martini happy hour.

Trees, meanwhile, is making a major move to preserve the vibe of the creative neighborhood.

“I’m leasing some space to do valet parking because it’s an obvious amenity we could use down here,” he says. “And the other half of that equation is that I’m getting a building that I’m going to put subsidized artists into. Rather than having them pay the same rent that everyone else is, we’re going to create some gallery space and some workspace for artists. And I’m going to use the valet parking to subsidize the costs of them being there. We’re actually trying to foster a neighborhood. We want to try to keep this neighborhood insulated from the effects of the outside world as much as possible, to allow it to stay cool and to keep what makes it so special.”