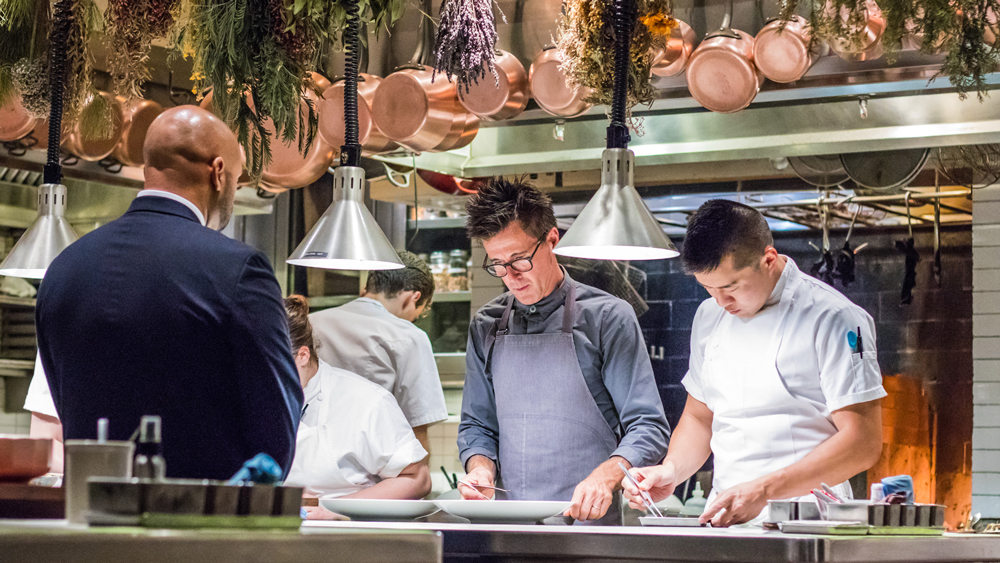 Back in 2018, it felt like the Bay Area was awash in super teams, from the Golden State Warriors winning a third title in four years to Laurent Gras teaming with Joshua Skenes to run Saison. Eventually, the Warriors lost their title and Saison lost its third Michelin star. Then Kevin Durant moved to New York—and now Laurent Gras is doing the same, leaving Saison behind for the Big Apple.

Saison’s New Year’s Eve service was Gras’ last at the restaurant, with him announcing his departure on Instagram. “Going into the new year, I have decided to move back to New York to be closer to my wife, family and friends,” he wrote. “December 31 will be my last day, and there will be more details to come about Saison’s next chapter. I wish all the best to the team in the future, and want to thank everyone who has supported us.”

Before Saison, Gras had been working in New York, running pop-ups and consulting. When he took the job, it marked a full-time return to the kitchen for a chef who had led three Michelin three-star restaurants in the past. The timing made sense for Skenes, as he was stepping aside to focus more on opening his a la carte restaurant Angler in San Francisco and then expanding it to Los Angeles.

Last spring, Skenes announced he was stepping away from Saison to give Gras full control. Not long after, Gras announced award-winning designer Ken Fulk would revamp Saison’s interior, requiring a two-month closure. That plan was pushed back, and with Gras’ departure looks to be shelved entirely.

Saison issued a statement as well: “Laurent Gras is moving back to NYC to be closer to his family. We’ll remain open with plans to introduce a new experience at Saison in 2020.”

In a statement, Skenes added, “We have been fortunate to have Laurent at the helm of Saison during the time he’s been here and are in full support of him seeking deeper life balance and being closer to his family. We wish Laurent all the best. We’ll be taking this opportunity to bring a little piece of what we have been working on to San Francisco. Stay tuned for more details.”