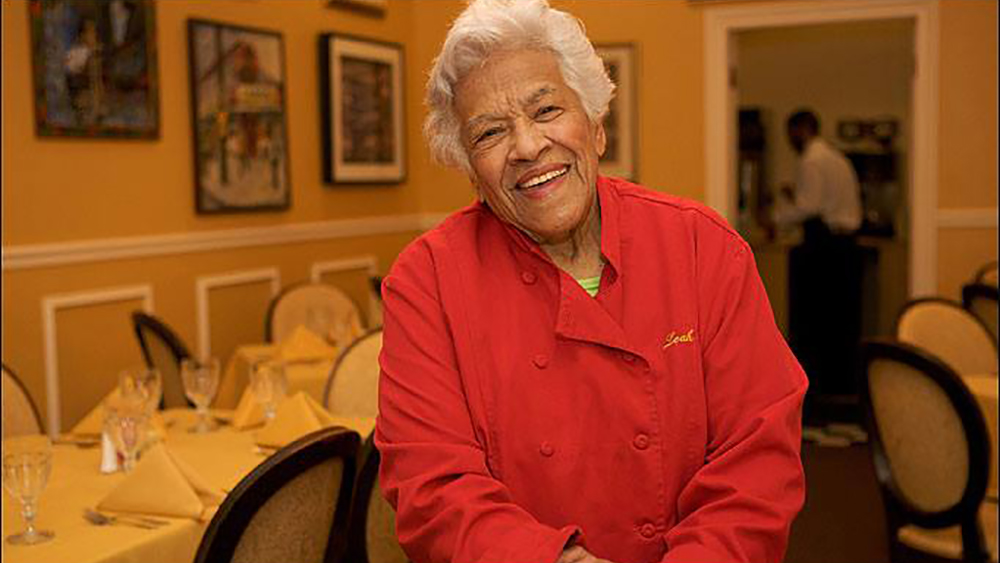 In the world of restaurants it’s so easy to get caught up in just focusing on food and spending endless time on the craft of the chef. But there are restaurants that have a larger purpose, where they don’t just have great food, but they become gathering places in a community, and eventually a pillar in a city. That is the legacy of the New Orleans restaurant Dooky Chase’s, and its matriarch Leah Chase, who died this past weekend at the age of 96.

The Chase family announced the passing, writing in a statement, “Her daily joy was not simply cooking, but preparing meals to bring people together. One of her most prized contributions was advocating for the Civil Rights Movement through feeding those on the front lines of the struggle for human dignity.”

Known as the queen of Creole cooking, Chase served as the executive chef up until her passing. She started the restaurant with her husband Edgar Dooky Chase in 1941. At a time when New Orleans’ fine dining icons like Galatoires and Antoine’s excluded black diners, they built an inclusive bastion of upscale dining. “In these desegregated times it’s hard to imagine what it meant for Leah Chase to try to create a fancy restaurant for black people,” author and New Orleans native Lolis Eric Elie told The New York Times.

The restaurant became a gathering place for Freedom Riders and the NAACP during the civil rights movement. And over the years, the Chases served activists, politicians and celebrities alike. Thurgood Marshall once called Robert F. Kennedy from the restaurant’s phone line; she appeared in Beyonce’s Lemonade; she once stopped then Senator Barack Obama from committing the culinary sin of adding hot sauce to her gumbo; Ray Charles changed the lyrics to a song to mention Dooky Chase’s; she hosted President George W. Bush two years after Katrina shut down her restaurant; we named it among the 30 most influential restaurants of the last 30 years; and in 2016 she was given the Lifetime Achievement Award from the James Beard Foundation.

Chef Leah Chase, civil rights activist and legendary 'Queen of Creole Cuisine,' dies at age 96https://t.co/bmRFA3Oayt Thanks to People like her, we become a better Nation! At ⁦@WCKitchen⁩ we will pay respect to your legacy of Feeding and healing one meal at the time!

Leah Chase was one of my heroines; her passing leaves a huge hole in the world. I've alway loved this piece Lolis Elie wrote about her for Gourmet:https://t.co/kM9AQrm7dk

I will never forget this day in 1992. I have notes. I was just off the plane from France and visiting my grandmother in Shreveport. I insisted that my parents drive to New Orleans so I could meet the infamous Leah Chase and dine at Dookie Chase. Chef Leah greeted me with open arms and gave me amazing words of wisdom. She dropped knowledge. Join organizations…accept criticism and work on it…be good! Indelible words that I will never forget. And she has looked the same for the years that I’ve been admiring her from afar. I regret that I was not able to visit her prior to her passing. It has been my goal for several years, but as she knows, the demands of the restaurant business don’t often allow for quality of life. I will tell you that verbatim she said after reading my resume you don’t need to work for me, you go up north and you work for those white people. You know everything here. I loved her immediately and I love her still and I will miss her. 💔💔💔#leahchase

She nourished The Civil Rights Revolution. She fed men&women who never came back. She got to see America from Jim Crow to it's death to Katrina to Obama and beyond. What an awesome, incredible enviable journey afforded the absolute Queen of Creole food.

Thank you chef Leah chase for your friendship, guidance and inspiration through the years. The world is a better place because of you. We will miss you dearly.

Chef Leah Chase aka the Queen of Creole Cuisine was an institution. I had the pleasure of spending two days with Leah at her place, @dookychaseresteraunt and in the kitchen on @bravotopchef. She bounced #littlehands on her knee during breaks and smiled that beaming smile of hers the whole time. She made everyone in the room feel warm and cozy just by her presence. Leah Chase is a treasure of our national history, a true American hero for her civil rights work and had great taste in art to boot. Rest In Peace 👸🏽. #leahchase #topchef #RIP #creolefood

Leah Chase was a legend, an icon and an inspiration. It is impossible to overstate what she meant to our City and to our community. At Dooky Chase’s Restaurant: she made creole cuisine the cultural force that it is today. pic.twitter.com/MSFaNdLvsx

Being on top chef I had the honor cooking for Leah Chase twice , we had a gumbo challenge and never ever had a true gumbo before that …. I remember her saying “my dear nice try but this is not gumbo” . The second time we at Dookie Chase and when she walked in her aura reminded me of my late granny I couldn’t stop thinking about anything thing but my granny who taught me how to cook. Since moving to New Orleans , we became friends and I gravitated towards her everytime I saw her . She always said to me “Nina , you have to succeed! We are counting on you to make it … as a black woman , a businesswoman who can inspire so many others in a male driven world . Miss Leah, I hope to continue to make you proud .She is Le Grand Dame to me always . She was always in her kitchen everytime I would go and see her.I love you and miss you . Rest In Peace

The first time I met Leah Chase was at the James Beard Awards in Chicago in 2016. We sat right next to each other. I had no idea what to say to her, but after she accepted her Lifetime Achievement award and dropped some knowledge on all of us during her speech, I had to introduce myself to her and her son. Leah Chase was truly a beautiful life and a gift to the culinary world. I so appreciate and admire what she introduced to American cuisine and culture as a chef and a social activist. Most importantly, she gave love to everyone and was loved by all. Rest In Peace, we will carry your torch. 🙏🏾 ❤️