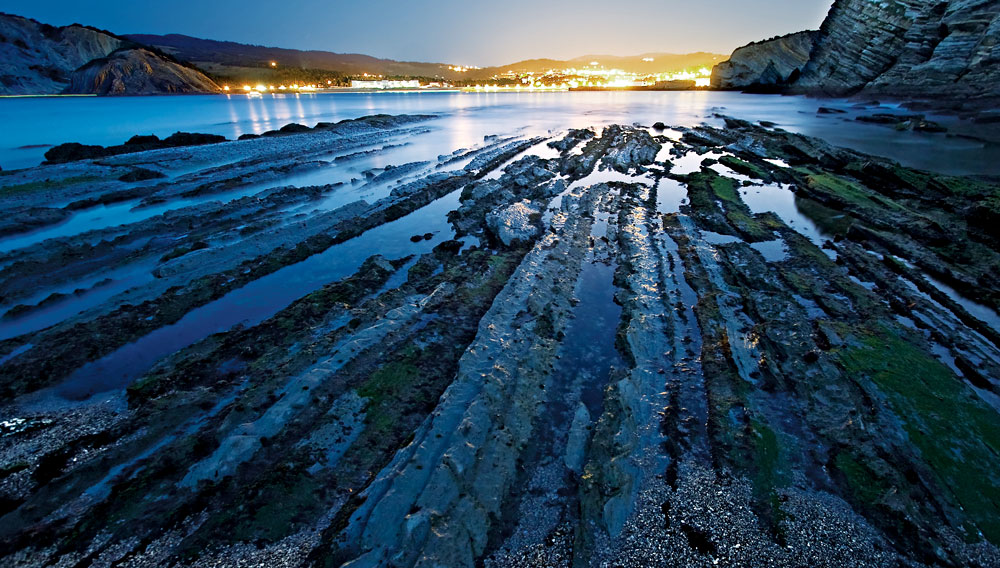 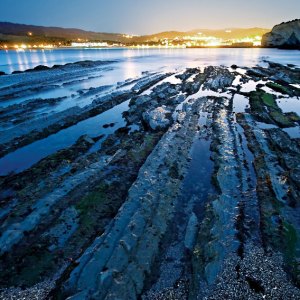 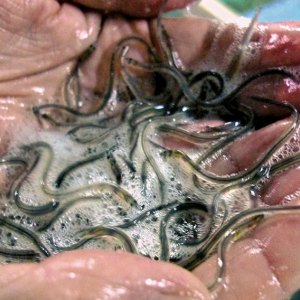 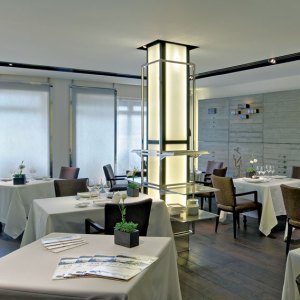 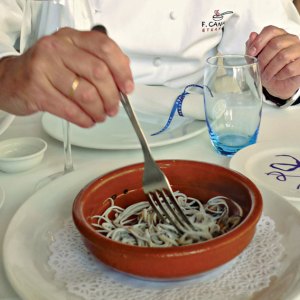 “You always remember your first time eating baby eels,” chef Fernando Canales tells me as we hurtle down twisting country roads to the Basque coastal village of Gorliz. It is five in the morning and neither of us has had a drop of coffee, but Canales is pumped. “It is like the first time you make love or the first time you see a live football match.”

It is well before dawn on a winter dark of the moon, and the air is bone-chilling. We are meeting José Luis Oliver, president of the Cofradía de Anguleros de Vizcaya, the brotherhood of the province’s 546 licensed eel fishermen.

An electrician by trade, gourmand by inclination, and outdoorsman by calling, the short, powerfully built Oliver is known all along the coast by his Basque nickname, Txetxu (CHEH-chew). Probably no one alive knows more about catching elvers, one of the great delicacies of Basque cuisine. A sideways rain pelts us and Txetxu jubilantly raises his arms. “Perfecto!” he exclaims. Conditions could not be more miserable—which is to say, perfect for eel fishing. The three of us don chest-high rubber waders, strap on miner’s headlamps, and waddle to the beach.

Txetxu hands us homemade cedazos: stainless mesh baskets on long poles. We position ourselves along the shore, where the rising tide meets the freshwater runoff of small streams. We plant our cedazos broadside to the waves to strain the ocean as it sweeps up the streambeds. Between waves, we check the mesh for the squirmy, transparent wormlike creatures that the Basques call angulas to differentiate them from mature eels, or anguillas. The numbingly cold work requires muscle, stamina, and infinite patience.

Perfect as the conditions may be, we harvest very few angulas before a pewter sky begins to brighten and the creatures withdraw from the shore. Txetxu throws in the towel. “Ten years ago, we would have a kilo,” he says. “Now the catch on a good night is about 200 grams.” To help the fishery recover, the Basque government has issued no new licenses since 2009, limited the daily catch to 500 grams, and shortened angula season to mid-November through January. But none of that has dampened Spaniards’ enthusiasm for the delicacy, and demand for angulas, sometimes described as “spaghetti with eyes,” peaks around the winter holidays.

“It’s what people want to eat for Christmas,” explains Canales, the chef-owner of Etxanobe, a Michelin-starred restaurant in Bilbao. He may be as handsome as a matinee idol, but even he looks goofy in a knit cap with dangling earflaps. “Basque people have an emotional connection to food. Angulas are part of our culture.”

The Homeric life cycle of the eels only adds to their mystique. In the fall, eels that have grown to maturity in the rivers of Basque Country swim downstream to the Atlantic and migrate 4,000 miles to the Sargasso Sea north of the Antilles, where they spawn. On hatching, the larvae float at the top of the Gulf Stream and are carried back to their home shores. The journey to Europe takes three years and mortality is staggering, as everything from other fish to baleen whales consume the larvae. “Every time I see a whale,” Canales grouses, “I wonder how many angulas it has eaten.”

The lucky few that reach European shores metamorphose into angulas—transparent miniature eels—once they encounter even a trace of fresh water. When they enter the streams, they begin to develop a backbone and dark pigmentation. Aficionados hotly debate when they taste best. Some prefer the fattier, softer white angulas plucked from salt water, while others swear by those that have developed a gray stripe and a toothier texture. Both stages are transient, lasting only about two weeks. No wonder angulas were fetching $600 per pound last December. Prices are expected to be higher this year.

Basques often joke that angulas will be their first purchase when they win the lottery. In the meantime they settle for fake eels made of fish-meal pasta, extruded with a gray stripe and dots for “eyes.” Misleadingly called “gulas,” they are popular with young Basque children, including Canales’ two daughters, and they are a staple of pintxos, the small plates served in Basque bars. I had tried some the previous night on Bilbao’s Plaza Nueva, and the earth had not moved. I was eager, to say the least, to taste the real thing.

Canales and I look considerably less like buffoons after we shed our fishing clothes and head into the kitchen at Etxa­nobe, his rooftop restaurant in Bilbao’s arts center. He is going to show me his two versions of angulas, including the traditional preparation in a glazed earthenware casserole, or cazuela. He places the vessel over a high flame and covers the bottom with olive oil. As it begins to smoke, he adds a peeled clove of garlic and crumbled flakes of hot guindilla pepper. He turns off the heat and adds a fistful of angulas, shaking the cazuela to sauté them. Simulating what a waiter would do, he continues stirring the angulas with a wooden fork as he whisks the rustic casserole into the elegant dining room perched high above the Rio Nervión. He motions for me to sit, and we share an appetizer-sized portion. Angulas, in fact, are usually served as small plates, though some diners splurge $140 and more on a main dish of 100 grams at Christmas.

We eat with wooden forks so a metallic tang does not mask the subtle flavors. The angulas are slightly sweet, modestly salty, and strangely satisfying in the mouth, a feeling that comes from concentrated umami—the primal flavor common to aged cheeses and many seaweed products. Do they compare to sex? Not exactly, but then I am not Basque. They definitely outrank soccer.

Canales created an angula salad that he prefers to the cazuela. We return to the kitchen where he seasons a stainless steel bowl by rubbing it with guindilla pepper, then adds lemon juice and intensely fruity olive oil from Priego de Córdoba. He stirs the dressing, adds the angulas, and tosses. He piles them on a plate previously rubbed with raw garlic, grinds a little white pepper on top, and finishes with dabs of parsley-infused olive oil.

“It is nothing, but it is delicious,” he says, picking up an eel with his fingers and dropping it in his mouth. The lemon balances the slight fishiness of the eel, while the oil brings out its unctuous nuttiness. “This is the best way to eat angulas.” His customers tend to agree.

Basques cherish their culinary traditions, but they prize gastronomic innovation. The avant-garde Spanish cuisine that has swept the West was pioneered nearly four decades ago in Basque Country by several chefs, including Juan Mari Arzak of Restaurant Arzak, which his grandparents founded in San Sebastián at the end of the 19th century. Today Juan Mari and his daughter Elena run the Michelin three-star kitchen jointly, devoting one day a week to experimenting with new dishes. They dress like they cook: Their crisp chef’s whites are conservative, but their designer eyeglasses are cutting-edge.

Elena is droll when she speaks about Basque gastronomy. “Food has always been very important here. Nobody knows why,” she says. “When we cook, we have tastes in our minds. It is our code of flavors, a result of our history, of what we ate as children.”

Both she and her father count angulas among their earliest taste memories. “I cannot remember a time without angulas,” says Juan Mari. “Other people have caviar, but we have angulas—one of the greatest of Basque plates.” Indeed, there are other baby eels—originating in the Indian Ocean and Sea of Japan, and often frozen for export—but none match the mystique, rarity, or gastronomic acclaim of angulas. Juan Mari concedes that the taste is very delicate, “but they have a unique texture that we prize very highly.”

Restaurant Arzak serves angulas several ways. It often prepares the traditional cazuela, and it makes a salad dressed with a vinaigrette of peanut oil, sherry vinegar, and black truffle juice and sprinkled with chives. Like Canales, the Arzaks mainly use angulas that have been quickly parboiled before being sold at market.

But the Arzaks also flash-grill raw eels in a mesh frying pan over an open charcoal fire, a technique they learned from chef Victor Arguinzoniz of Asador Etxebarri in the mountains between Bilbao and San Sebastián. “They have more flavor if they are cooked without boiling them first,” Juan Mari says. A tangle of grilled angulas sits atop a plain buckwheat cracker sprinkled with tangy Codium seaweed powder and paired with a miniature salad of barely sprouted greens and edible blossoms. “The toast is very important,” Juan Mari says. “I do not like my angulas with flavors obscured.”

The dish is served on a slab of wet black slate. When Juan Mari delivers it to my table, I feel like an instant movie star as fellow diners turn to watch. I taste, close my eyes, and taste some more. The snap of the cracker contrasts with the al dente texture of the angulas. The seaweed powder enhances the umami sensation, and the touch of hardwood smoke gives it all an orgasmic complexity.

Maybe Canales is right after all. I am feeling more Basque by the moment.