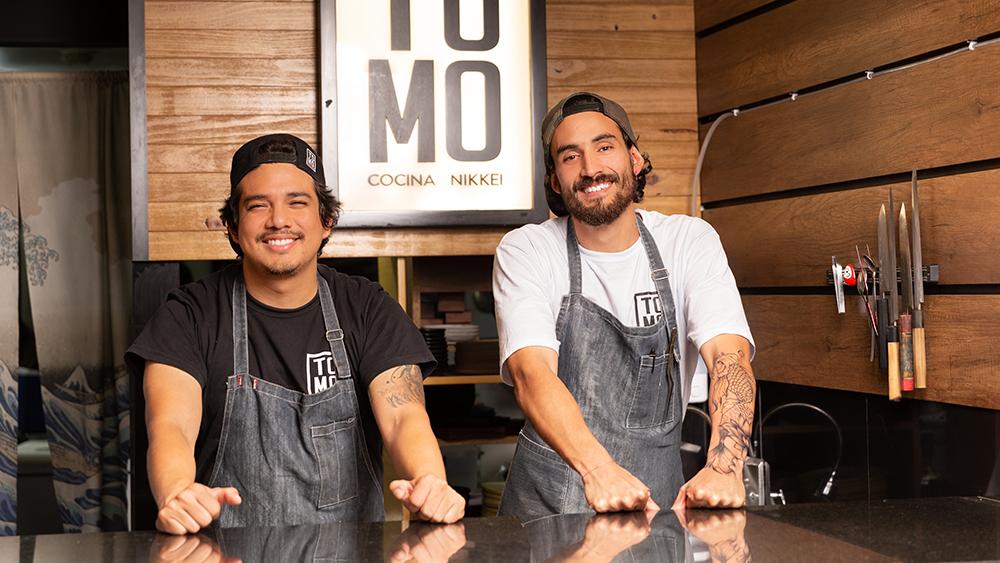 Explorers still flock to Peru’s most famous attraction, the 15th-century Inca citadel of Machu Picchu, but the country also beckons a different type of adventurous tourist: the gastronome. The capital city of Lima, on Peru’s stunning Pacific coast, is South America’s culinary epicenter, home to some of the most awarded chefs on the continent, including haute cuisine heavyweights like Gastón Acurio, of Astrid & Gastón, Maido’s Mitsuharu “Micha” Tsumura and Virgilio Martínez, of Central. And with a cadre of “graduates” from these institutions now opening their own buzzy destinations, Lima is enjoying a new wave of cool, casual restaurants run by savvy chefs trained by the city’s culinary elites.

“The new generation [of chefs] in Lima are proud of their culture and gastronomy, and are eager to show it,” says chef Jeremy López, who cooked under Tsumura at Maido and is now co-owner of Tomo Cocina Nikkei, a contemporary Japanese-Peruvian nikkei restaurant that since 2018 has been spinning chirashi sushi and dishes like ramen with chimichurri and ají, the traditional South American sauce typically made from hot peppers, tomato, onion and cilantro.

Another spot garnering major attention is Mérito, a personal favorite of Virgilio Martínez, who trained its chef, Juan Luis Martínez, at Central. Set in a historic, adobe-walled building in Barranco, Mérito is more laid-back than Central, but Martínez credits his former kitchen with educating him about local ingredients. “Central doesn’t do Peruvian [cuisine], but they know the flavors,” he says. Martínez offers a tasting menu at the kitchen-facing bar plus a casual menu in the snug upstairs area, Mérito Demo, both celebrating Peruvian and Venezuelan flavors with ingenious dishes like gyoza filled with carapulcra (a Peruvian stew made from potatoes, pork and panca chili pepper) and ice cream flavored with cherimoya, a local tropical fruit.

Around the corner is Siete, from another Central alum, Ricardo Martins. Located in a cozy old building with wooden shutters and cushioned booths, the restaurant offers bright, flavorful dishes like razor clams a la plancha with vongole vinaigrette and braised short ribs with fermented chiles and oyster sauce. “It all starts with the produce,” says Martins, who adds a global perspective to market-based dishes, served in a chill atmosphere where locals sip oak-aged Negronis along the bar.

“The new generation of chefs has opened up more laid-back projects,” Martins says. “Lima has changed so much in recent years, and I think we’ll start seeing even more styles.” But new relaxed vibe aside, the city remains a destination for the international foodie set. Meaning if you want to experience the city’s newest wave of culinary innovation, you’d best book a table before you book a flight.