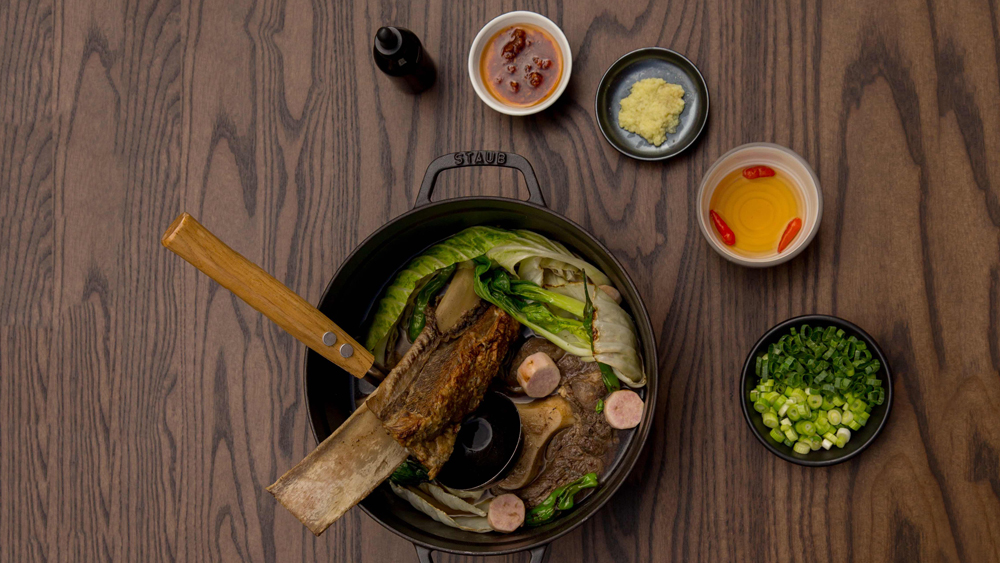 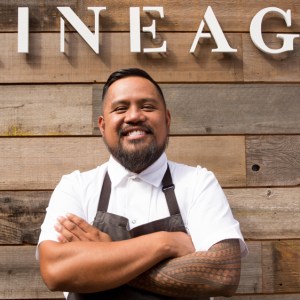 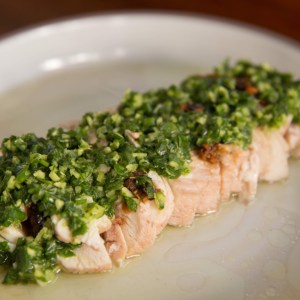 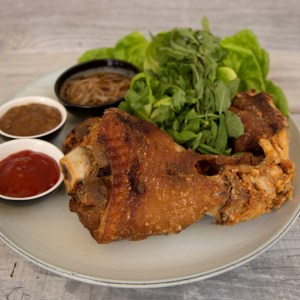 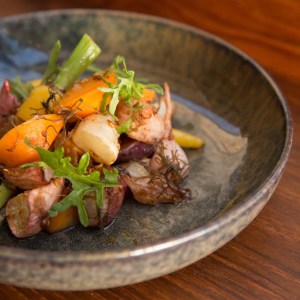 It’s strange to think that reality TV could actually change someone for the better. These shows usually involve wannabe celebrities debasing themselves in front of cameras. But not so for chef Sheldon Simeon. His time on Top Chef actually made him better at his craft and helped him find his creative voice.

The first season he competed in saw him lose because he didn’t cook food that was true to him. When he returned for season 14 of the cooking-competition series, he won raves for channeling the flavors and techniques of Hawaii. While he fell just short in the final, as he left, judge and award-winning chef Tom Colicchio told him, “Sheldon, I really think you’re going to take your place among the greats in this country in cooking. Not only in Hawaii, but in America. I really believe that.”

At Lineage, the restaurant Simeon opens this week in Wailea, Hawaii, he’s furthering his exploration of his heritage in a way other restaurants don’t. “My concept is to really get a true snapshot of what Hawaii cuisine is,” Simeon tells Robb Report. “It’s not like the South where you can go to barbecue, or the Pacific Northwest where you have seafood restaurants, or California cuisine, which you can find all over there. Here you have to go to somebody’s home, a backyard barbecue, be invited for a family celebration to understand what the residents are really eating here in Hawaii.”

Usually what diners—especially tourists—get in Maui is a knockoff of Hawaiian. “The hotel industry basically created this amusement park of what they thought people wanted to eat, and they didn’t pull from local roots,” Simeon says. “People had stereotypes about Hawaiian food where they thought it was tropical and sweet and everything has mango salsa on it.” At Lineage he’s going to show people more. There are dishes representing his Filipino heritage along with customary foods from his time growing up in Hawaii. Meals start off with traditional snacks called pupus that include pickled Hawaiian fruit, boiled peanuts, and chicharron with adobo spice. Drawing on his family customs, he’s serving Pork n Peas, which is a recipe featuring tomato gravy and green beans.

He’s also showing off some Top Chef inspiration from his time competing in South Carolina. “Hoppin’ John reminded me of this black-eyed-pea dish that we do in Filipino cooking, so we have a dish call Hoppin’ Juan that mimics it.” His version features garlic rice topped with black-eyed peas, oxtail, and marungay (the slightly bitter greens of the marungay tree). It’s a fitting way to bring disparate influences together, just as Hawaiian cuisine as a whole incorporates the cultures of the Pacific that have settled on the islands.