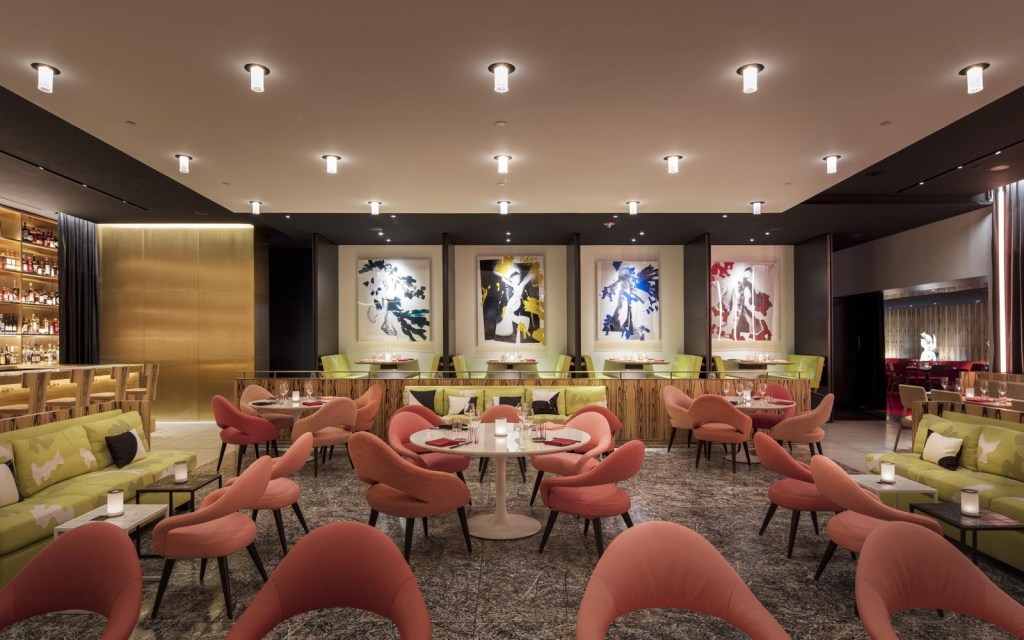 The overhaul of the iconic Seagram Building in New York continues for the team behind Major Food Group. Chefs Rich Torrisi, Mario Carbone, and business partner Jeff Zalaznick have already opened the mid-century throwback The Grill (led by Carbone) and the seafood-centric The Pool (led by Torrisi) in the old Four Seasons space. Now, for the restaurant beneath those two, they’ve teamed with chef Tasuku Murakami to create The Lobster Club.

Today, we get our first glimpse inside the space designed by architect Peter Marino. For Marino, who has designed the Louis Vuitton store in New York’s Soho and Dior in Seoul, Lobster Club is the first American restaurant he’s designed.

The new Japanese concept occupies the space formerly held by The Brasserie, which closed in 2015 but had its heyday in the 1980s. Marino took cues from the old eatery in approaching his design, creating Picasso-inspired sculptures throughout the space as an homage to The Brasserie, which had Picasso ceramics hanging inside its restaurant. The arrangement is meant to evoke a playful and fun vibe that The Brasserie was once known for and that the new menu will embrace.

The Lobster Club will be the first Asian concept opened by Major Food Group, which also owns Dirty French, Carbone, Parm, Santina, and more. The team was able to lure Murakami away from the Michelin-starred Sushi Azabu. Although sushi will be a centerpiece of Murakami’s menu—sourcing fish from Tokyo’s Tsukiji market—he’ll also feature classic dishes like tempura, gyoza, yakitori, and teppanyaki.

“My approach to food brings a tremendous amount of respect for ingredients and staying true to the flavors provided by each one,” Murakami said in a statement. “The menu is divided into hot and cold options. Everything’s designed to be shared with the focus on food and fun, not formality.”

The Lobster Club is scheduled to open on November 1.