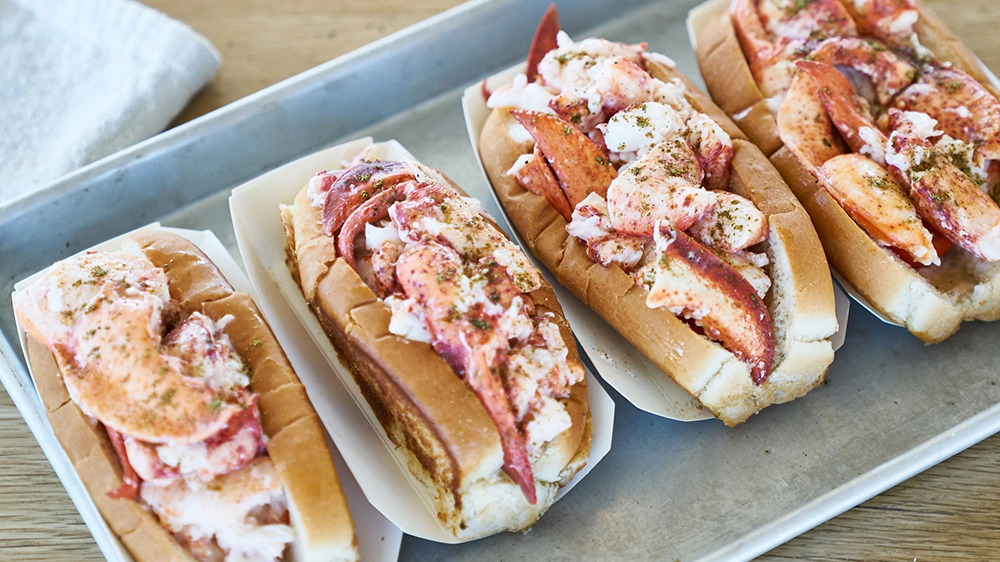 While inflation is driving up the cost of countless ingredients, the last few month has seen the steep drop in lobster prices, falling to half of what the crustaceans would fetch last year. You’d think the cost of a lobster roll would tumble along with the price of its titular ingredient. You’d be wrong.

In a survey of 16 lobster shacks around Maine, The Portland Press Herald found that lobster rolls had hit record levels this summer, averaging more than $30 a roll. The soaring price of the lobster roll wasn’t as surprising last year, when the price fisherman could charge per pound of lobster at the dock was about 60 percent higher than in 2020. That made beloved lobster roll haunts like the Clam Shack in Kennebunkport, Maine mark up its delicacy from $18.95 per roll in 2020 to $24.95 per roll last year.

However, in late spring of 2022, fortunes reversed for Maine lobsterman. Prices experienced the steepest drop in almost a half-decade when the per pound haul fell from $12.35 in April to $9.35 in May. Hence, it would be reasonable to expect that a place like the Clam Shack could charge less this year than the record days of 2021. But this year the restaurant is charging even more, raising its prices from $24.95 to $29.95.

Ol’ Pinchy here doesn’t cost as much as he used to.  Beal's

So what gives? Felix Salmon of Axios and the Slate Money podcast has a theory. While live lobster is the rare instance of a commodity price falling during our current inflationary cycle, America’s roaring labor market is more than making up for the drop in raw materials. Last month, the US economy outpaced expectations by adding a robust 528,000 jobs while the unemployment rate dropped to a 3.5 percent, nearly the lowest level in half a century. And that has pushed wages upward more than 5 percent year-on-year, according to a recent government report. And restaurants have acutely experienced this labor cost increase forcing them to raise pay to retain and hire staff.

Sure, the star of the lobster roll may be cheaper, but paying people to extract that succulent meat from the claws and tails and lovingly dressing the bounty before stuffing it into a buttery split-top roll might be as expensive as ever. It’s still worth it for the perfect summer treat though.