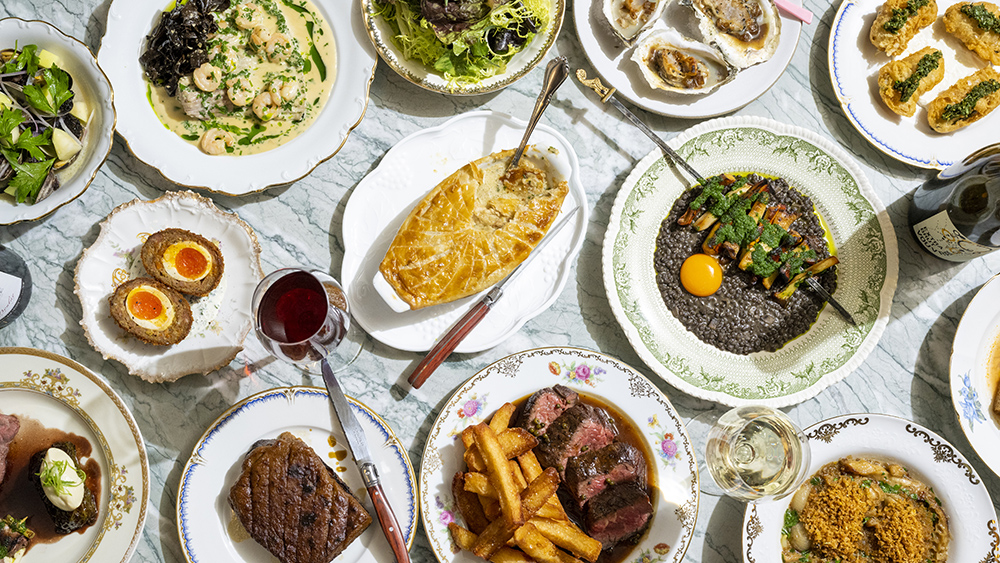 New York City’s best iteration of fish and chips is arguably found at Dame. Case in point: It’s nearly impossible to get a reservation at a respectable dinner time—even more than a year after the restaurant’s opening. Now the team behind the popular West Village seafood spot is expanding, but they’re moving beyond the fish dishes they’ve become known for.

Lord’s, from chef Ed Szymanski and general manager Patricia Howard, is a self-described “English nose-to-tail bistro” located just a few blocks from Dame. Here, Szymanski, who was born and raised in London, will turn his eye toward traditional British cooking, but with a more elegant spin on the cuisine usually associated with heavy, sometimes bland foods.

On the opening menu, guests can expect snacks such as oysters Kilpatrick, a curried lamb Scotch egg and pig’s head terrine with piccalilli. Eventually, the charcuterie program will expand to include items such as goose rillettes and duck liver parfait, Szymanski told Eater NY. Larger starters include deviled crab on toast and braised tripe with Cipollini onions and Madeira, while entrées range from sirloin steak and chips with green peppercorns to the vegetarian-friendly grilled mushroom kebab with lentils and egg yolk. The English standard savory pie will rotate flavors, with the first being a combination of chicken, pig’s trotter and leek.

“This my wheelhouse,” Szymanski told Eater. “This is the kind of food I fell in love with and made me want to cook.”

Beverage-wise, the focus will be on wine, with more than 300 bottles gracing the list. Most of the producers are French, but you will be able to find some more interesting options, like English sparkling, which the team promises is “actually pretty good.” Cocktails will mainly be seasonal riffs on the classics, such as fig leaf martinis and Bartlett pear Manhattans.

One of the reasons Dame has been so hard to get into is that the space only accommodates six tables and seven counter seats. There are also only two people in the kitchen at a time. Lord’s is a big upgrade, with four times the square footage and twice as many seats. While it’s still not a huge restaurant, the team will have more leeway in both the kitchen and the front of house. “We’ve been making do with something so shoebox-y that it’s nice to have a real space,” Szymanski said.

Click here to see all the photos of Lord’s.