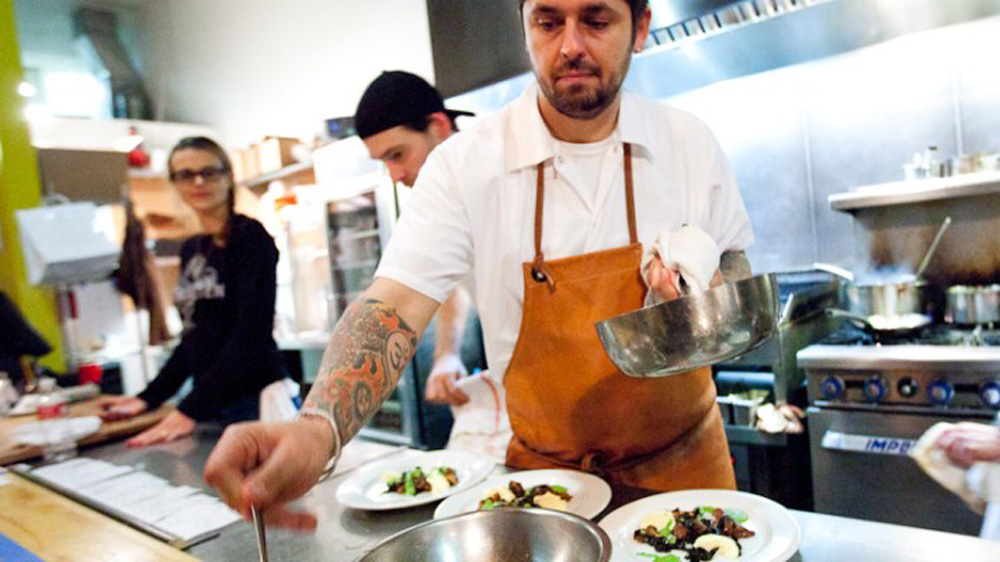 On any given night, tickets to eat at Ludo Lefebvre’s Trois Mec are pretty tough to come by. The restaurant, which offers its five-course menu on Tock up to 2 months ahead of time, regularly sells out most of its seatings. Now, the French chef may have created a ticket that will be even harder for people to get their hands on.

Lefebvre announced that he’s bringing back his 2 Chefs, a Dialogue with Food dinner series, where an extremely talented cast of chefs join him at Trois Mec to cook a six-course menu, with three prepared by Lefebvre and three cooked by his guest that evening. The roster of friends he has scheduled is pretty impressive.

On Saturday, September 16, Hugo Ortega—winner of Best Chef Southwest at this year’s James Beard awards—will kick off the series. We just named his Oaxaca-inspired restaurant Xochi in Houston one of the top places to eat in all of Texas.

He’ll be joined in October first by John Shields of Smyth & The Loyalist in Chicago. Then Gavin Kaysen of Minneapolis’ Spoon & Stable and Bellecour will appear in the Trois Mec kitchen, fresh off appearing at Robb Report’s Culinary Masters event in Laguna Beach.

Early December will be packed with Jamie Bissonnette and Ken Oringer of Toro, Coppa, and Little Donkey. They will appear on back-to-back nights, followed the day after by Enrique Olvera, who has two restaurants on the World’s Top 50 list (Cosme in New York City and Pujol in Mexico City).

“I am so honored to be joined by an extraordinary lineup of talent for this year’s 2 Chefs dinner series,” Lefebvre says. “My team at Trois Mec and I are thrilled to create with and learn from these innovators who are all at the top of their game, and we look forward to sharing these exciting collaborations with our guests. It’s such a gift to see these chefs in action, and especially to cook alongside them!”