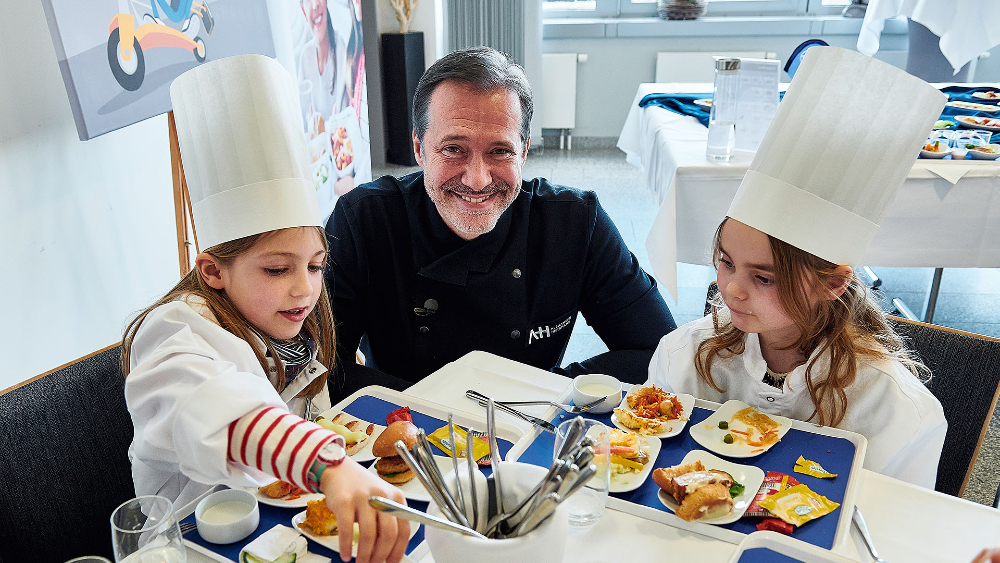 While much of the flying experience has improved over the last few decades, in-flight meals often seem stuck in the 1970s: dried out and warmed over. Lufthansa, however, is aiming to change all that—at least for it’s youngest passengers. The airline has recruited some Michelin-star help to spruce up its dining options for traveling children.

Germany’s largest airline has tapped two-starred chef Alexander Herrmann, best know for his restaurant Alexander Herrmann by Tobias Bätz, to create a new in-flight menu for kids, according to a press release. Working with LSG Sky Chefs, the father of two and television star spent months developing a wide variety of colorful and playful meal options that still follow the principles of a balanced diet, such as using only high-quality fats, like olive oil, in reduced quantities.

“The children’s menu isn’t something you create off the cuff,” Herrmann said in a video. “You need professionals.”

From there, the list of 40 dishes was narrowed down to a final menu with the help of group of young “gourmands” between the ages of four and 12 who were brought in to let the chef know what worked and what didn’t. According to the airline, the big winners were the “dragon feet,” a poultry sausage dish served with sauerkraut and mashed potatoes, and the “mouse,” a desert made of rice pudding and raspberries.

Herrmann’s haute new meal options won’t just be available to those children flying with their parents in business class, either. As of July 1, the menu can be ordered free of charge for kids 12-or-under up to 24 hours before any of the airline’s long-haul flight, as well as for select European routes.

This isn’t the first time a Michelin-starred chef has attempted to elevate airplane food, though it’s usually been for an audience of first-class fliers. In recent years, Jonnie Boer has teamed up with KLM, Yoshihiro Murata has partnered with Singapore Airlines, and Régis Marcon collaborated with Air France. Lufthansa has also turned to star chefs, including Johann Lafer, Sarah Wiener and Cornelia Poletto, among others.