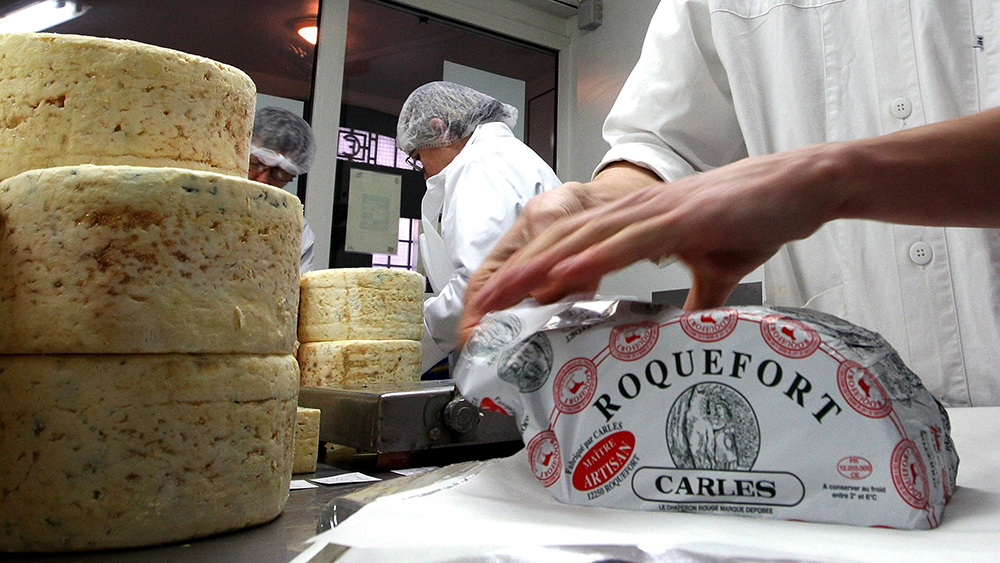 Emmanuel Macron and Donald Trump are at it again. And this time, they’re messing with our two favorite food groups: Champagne and cheese.

Earlier this year, the Trump Administration slapped a 25 percent tariff on hundreds of European products over a dispute regarding subsidies to Airbus and Boeing. Now, the US is threatening a staggering 100 percent tariff on French cheeses, Champagne and other products—a move French President Emmanuel Macron has called an attack on all of Europe.

On Monday, the US Trade Representative proposed tariffs on $2.4 billion in goods in a riposte to French taxes on tech companies, including Google, Amazon and Facebook, reports the Associated Press. Macron responded swiftly, warning of an EU-wide retaliation if the new US tariffs are implemented.

“We’ll see where the discussions lead in the coming weeks, but it will involve a European response,” the French president said in a meeting with Trump ahead of the NATO summit in London. “Because, in effect, it wouldn’t be France that is being sanctioned or attacked but Europe.”

Macron said the French tech tax is aimed at “establishing tax justice.” France wants digital companies to pay their fair share of taxes in the countries where they make a profit instead of using tax havens. This problem affects all of Europe—foreign companies can pay taxes out of countries like Luxembourg or Ireland, which have very low corporate taxes—so Macron is pushing for an international agreement on the issue and rejects the notion that France should be singled out.

“My first question is what will happen with the United Kingdom, which adopted the same tax? For Italy, the same tax? Austria, Spain …,” Macron asked. “If we’re serious, those countries will have to be treated the same way.” Trump countered by saying the European Union should “shape up, otherwise things are going to get very tough.”

So, what does this trade beef mean for US consumers? The tariff could double the price Americans pay for French imports (read: your Friday dauphinoise and favorite French bubbly). The US market for Roquefort blue-veined cheese—300 tons a year—would also stand to take a devastating hit, according to AP.

French Finance Minister Bruno Le Maire—who deemed the US tariff “simply unacceptable”—said France has already discussed EU-wide retaliatory measures with the European Commission should the Trump Administration follow through with the threats.

Now let’s all pray to the gourmet gods that this can be solved amicably. We’d be the first to toast a resolution—with a flute of Veuve, of course.