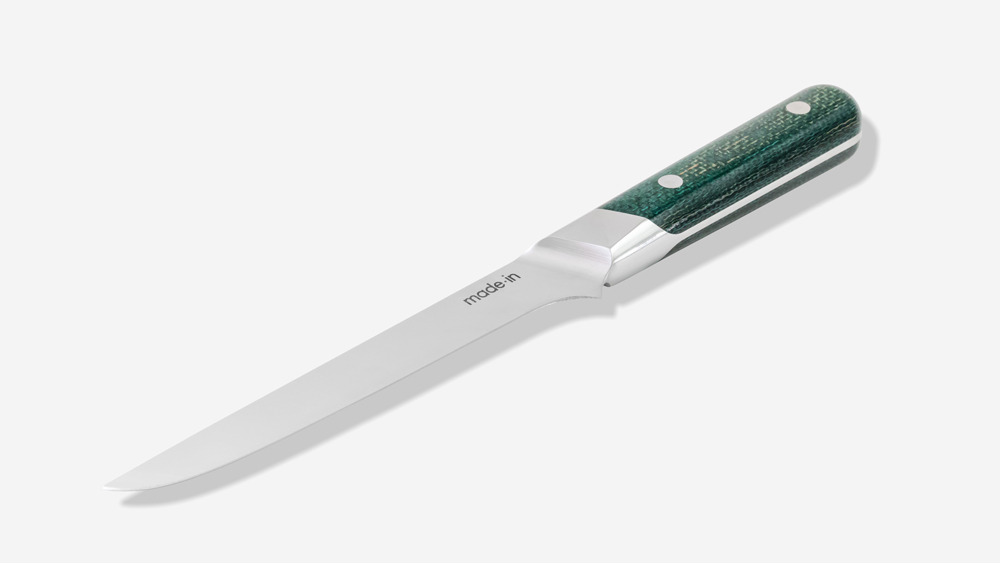 Photo: courtesy Made In

Welcome to Robb Recommends, a regular series in which our editors and contributors endorse something they’ve tried and loved—and think will change your life for the better. If you purchase one of these independently reviewed products or services through a link on our website, we may receive an affiliate commission.

There’s this old video you can find on YouTube from chef Jacques Pepin’s PBS cooking show from the 1990s, and it’s kind of mesmerizing. The master is preparing a whole chicken for a galantine—a deboned bird that’s stuffed and rolled. In just a matter of minutes, Pepin is able to remove all the bones from the chicken while leaving the skin largely still intact. He deftly moves his knife through flesh, around bones and between joints, separating the carcass from the body with ease.

Chef Deuki Hong of Sunday Bird in San Francisco told me about the video a few years back when he showed me that he uses the same deboning method to make his Dakdoritang (Spicy Korean Chicken Stew). Ever since, I’ve been deboning chicken the same way when I make my brick chicken, because of how it maximizes the amount of crispy skin you get, due to the bird laying so flat in the pan without its bones. But I have nowhere near the skill of those two great chefs.

What has helped me greatly with the task is the new, limited-edition Made In boning knife. In the past, I’d found my chef’s knife could be a little cumbersome for some of the finer movements, and a paring knife was too small for some of the bigger cuts I made. It could leave me frustrated. However, I noticed that if you watch the Pepin video closely, he actually has three knives at the ready as he debones the chicken. With Made In’s boning knife, I’m able to get the right amount of size and nimbleness to accomplish the task with just one.

The stainless steel, 6.5-inch blade has nice amount of flex and a sharp tip to provide me precision where I need it. I can slice down the back with the same blade that I use for the delicate task of removing the wishbone. With the full tang construction—along with the comfortable and durable green resin handle—gives the knife a good balance in my hand. Of course, it works great for tasks besides making a French chef’s galantine. The shape of the blade makes it effective for trimming fat from steaks or big cuts like brisket. It’s a great knife to have as we start rolling into barbecue season.