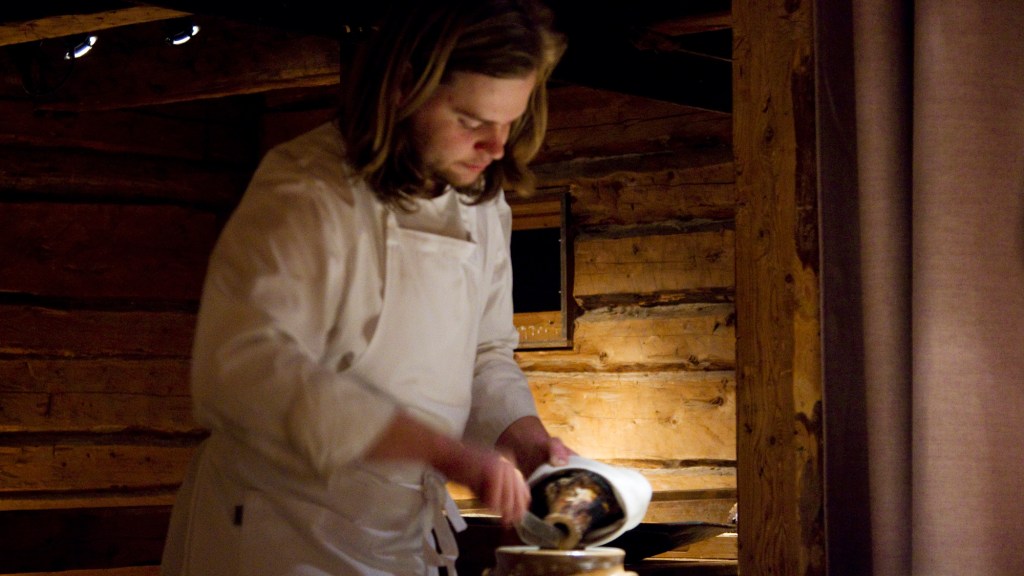 In the far reaches of Scandinavia, chef Magnus Nilsson has created a culinary experience that has become bucket-list material for food obsessives. However, snagging one of the coveted 16 seats in the Fäviken’s dining room is pretty difficult—made only more so by his increased notoriety after being featured on both The Mind of a Chef and Chef’s Table.

Those hoping to experience Nilsson’s Nordic cuisine now have the opportunity to make a reservation for the restaurant that’s booked until the end of the year, as Fäviken began selling tickets on September 1 for dinners between January and June. But people are already snapping up seats quickly, with most weekends and Valentine’s Day already booked, even though it’s quite the slog to get to the restaurant.

Unlike many other Michelin-starred restaurants serving innovative tasting menus in major cities, Fäviken is located in the remote Swedish village of Järpen. To even get to the restaurant, diners fly into Stockholm, connect to Östersund with an hour-long flight, and then drive another 75 minutes. Once they arrive, they’re treated to up to 32 courses over 2.5 hours that celebrate the flora and fauna of Scandinavia.

Nilsson has become a student of Nordic cuisine and the resources of the region, relying on hunting, foraging, and preserving to supply the meat, seafood, and produce for the restaurant. Like many chefs today, he’s fusing the traditions of the surrounding area with modernist techniques to create a once-in-a-lifetime food experience. And his notoriety has only grown with appearances on Chef’s Table and a season of The Mind of a Chef.

Dinner reservations are $375 (SEK 3,000) per person with an optional wine pairing for an additional $219 (SEK 1,750). For those making the long trek up to the wilds of Sweden, Fäviken offers a night’s accommodation that actually costs less than the meal itself, and includes breakfast the next morning at 9 am before your checkout.