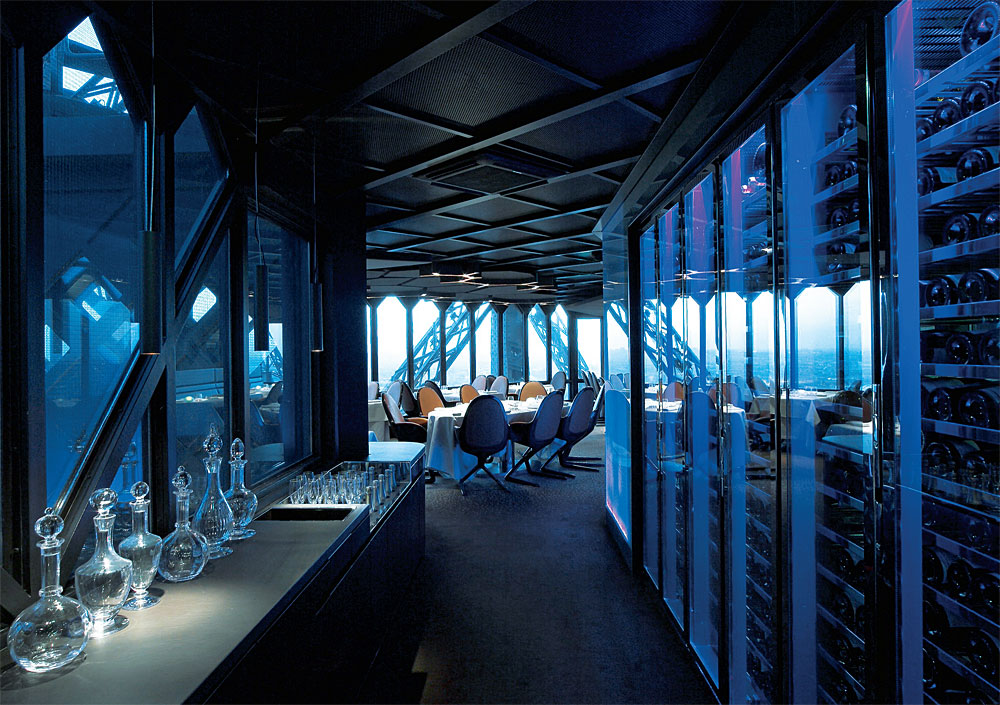 One of the world’s most unforgettable dining experiences begins at the esplanade by the Eiffel Tower’s South Pillar, where a private lift whisks you to Le Jules Verne restaurant. By day, the views from your table are breathtaking; at night, with the City of Lights twinkling below you, there is no more romantic restaurant on Earth.

Remarkably, the culinary experience at Le Jules Verne more than equals the view. An especially interesting touch at the table is the “presentation” plate, which echoes the tower’s interlacing structure and girders. The wine list is a departure from convention, focusing on France’s new generation of vintners from Bordeaux, Burgundy, and the Rhône. But while his cellar reflects a certain Francocentrism, Ducasse says that, true to the adventurous spirit of Jules Verne, the restaurant also serves vodka, Japanese whiskey, and a California gin.