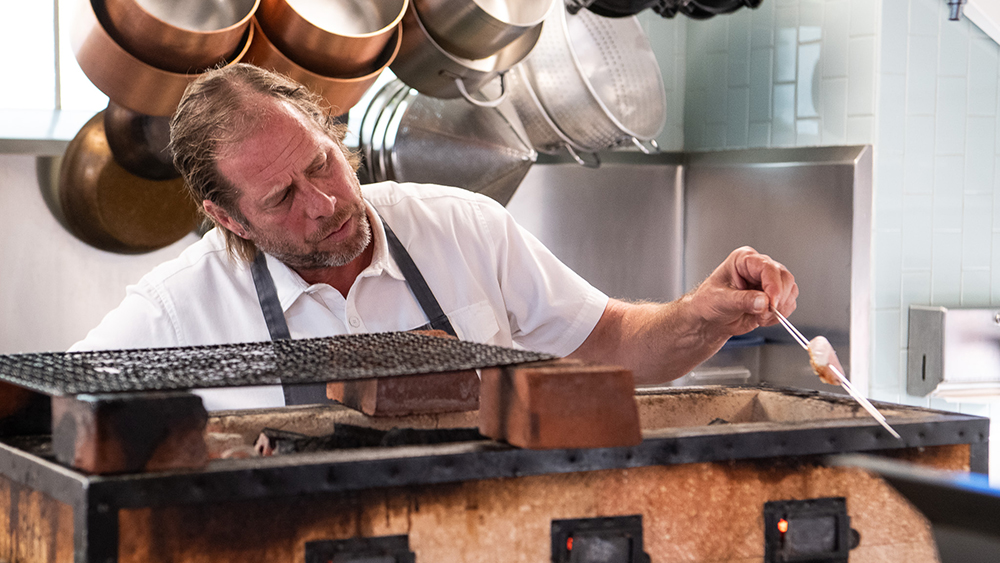 One of America’s preeminent chefs is leaving his Michelin three-star restaurant after 20 years. David Kinch of Manresa will depart from the Bay Area icon after December 31, he announced on Monday.

“For the past 20 years, Manresa has essentially been my whole life. And like all passion projects, it has been more challenging and more rewarding than I could have imagined,” Kinch said in a statement. “Starting January 1, I hope to establish a new equilibrium, to focus on the next exciting chapter of my life.”

Since it opened in 2002, Manresa has been highly regarded in the culinary world, culminating in the restaurant receiving its third Michelin star in 2016, which it’s held on to since then. The Los Gatos establishment serves up a $365 tasting menu inspired by California’s Central Coast, with global influences as well. Not only has it been a beloved restaurant, Manresa has been a training ground for some of America’s best chefs who have gone onto creating their own restaurants like James Syhabout, Jeremy Fox and Aisha Ibrahim. Over the next four months, it will create a series of menus combining new dishes with classics from its past two decades of service.

David Kinch in the kitchen at Manresa  Crystal Birns

After that, Kinch will move to focus on his more casual restaurants: the New Orleans–inspired Bywater, the Riviera–inspired Mentone and the bakery Manresa Bread. It’s a shift away from the fine-dining world he’s been most associated with, a world that he’s not sure will be able to come back from the pandemic-induced changes it’s had to weather over the past two years.

“Three-star restaurant dining is transitioning really hard,” he told Bloomberg. “Chefs who were used to having armies of people have had to rethink their operating manual.”

Kinch has been quite vocal throughout the pandemic about how Covid-19 has presented an opportunity for the culinary industry to change. Early on, he spoke with Robb Report about how the pandemic would cause restaurateurs to adapt their business models and how they operate. He also expressed worry about how the fine-dining world would fare once a sense of normalcy returned.

Now it seems like he’s placing his bets on more casual dining establishments. “I don’t want to be part of a slow decline,” he told Bloomberg.

It’s unclear whether Manresa will continue on without Kinch. He owns the building as well as the restaurant, and he’s fielding offers for the sale of both. What is clear, though, is that any future iteration of Manresa won’t be the same without him.