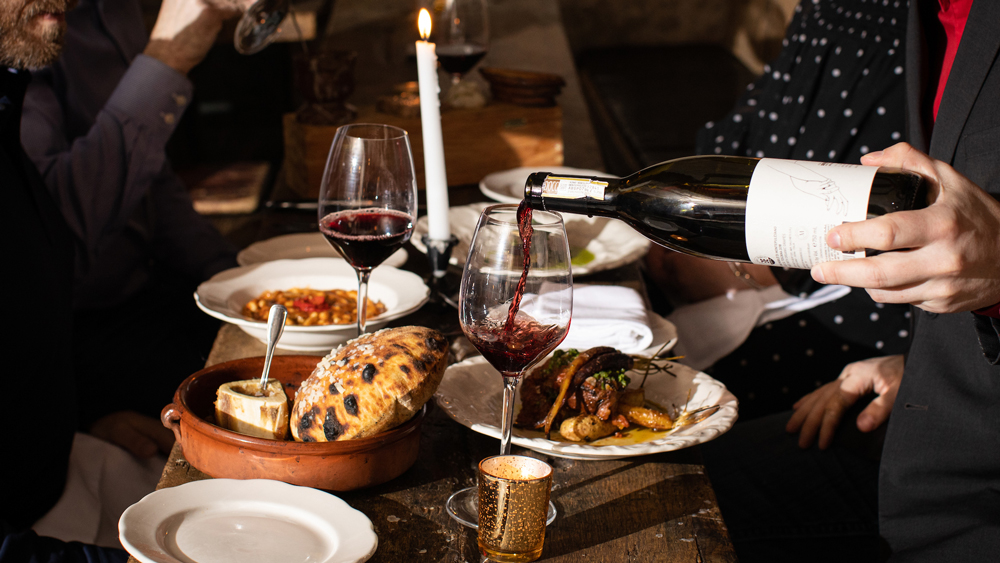 For two decades Peasant in New York’s Nolita neighborhood kept its flame lit, becoming a beacon of live fire cooking in the city. Frank DeCarlo’s restaurant served rustic Italian that differed from the red sauce fare in Little Italy. When his lease came up in 2019, DeCarlo decided to retire and announced he would close the space. That’s when Marc Forgione stepped in.

The owner of an eponymous restaurant and American Cut was a huge fan of Peasant and agreed to take over the restaurant and maintain the rustic cooking that made it so beloved. After debuting his Peasant in 2020, Forgione is rolling out a new chapter for the restaurant. He’s taken the old wine storage cellar and turned it into the intimate Peasant Wine Bar that celebrates the wines of Italy.

The wine bar will feature by-the-glass selections from each of the country’s 20 wine regions, and highlight some lesser-known indigenous varietals. You’ll be able to enjoy a Pecorino from Abruzzo, Pigato from Liguria, Nerello Mascalese from Sicily, Fianio di Avellino from Campania and more. Scott Woltz, the beverage director for Forge Hospitality, will curate the long list that will also feature vintage selections.

The bar is built inside what used to be the restaurant’s wine cellar.  Photo: courtesy Clay Williams

Forgione will use the hearth at Peasant next door to create a menu focusing on charcuterie, wood-fired dishes and breads. The chef will also lean into the restaurant’s name, serving his take on Italian peasant cuts. The small “Quinto Quarto” menu focuses on offal, with dishes like pig’s head with fennel pickles; tripe with pecorino and mint; and tongue with horseradish and apple salsa verde.

The full menu is divided into antipasti, primi and secondi. The antipasti will include oxtail with bone marrow and mostarda; prosciutto with olives and grissini (bread sticks); and baby octopus with hot chili and breadcrumbs. The primi will feature pastas like rigatoni alla vodka made with broccolini and basil; lobster fra diavolo; and a rostisserie lamb ragu with gnocchi alla Romana. The secondi has hearth-fired dishes like chicken with wood-roasted honey crisp apple stuffing; and suckling pig with kabocha, romanesco and salsa verde.

Peasant Wine Bar made its debut yesterday and will be open Monday through Saturday at 5pm each night.