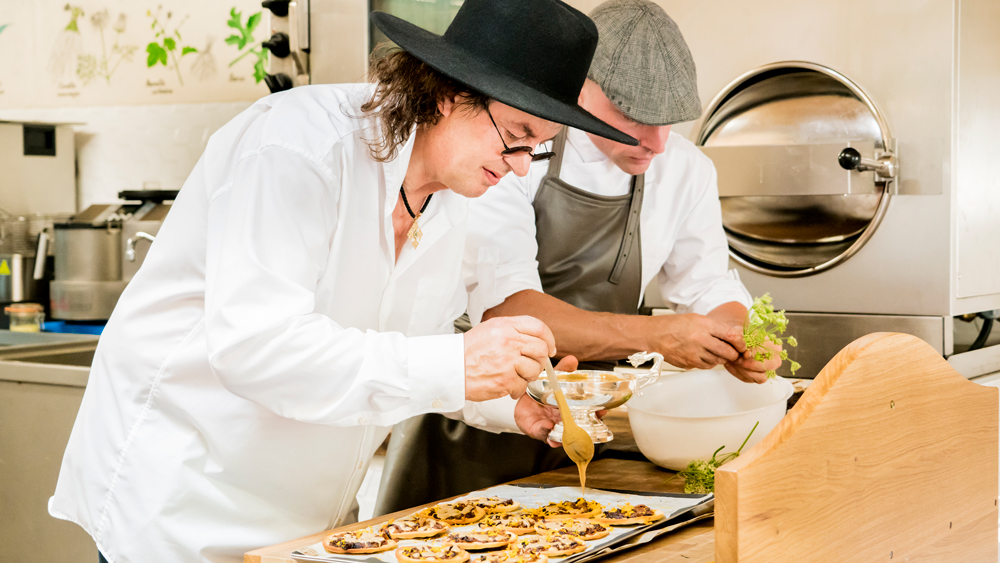 The shockwaves Michelin sent through its home country back in January are still being felt six months later. When the Gallic gourmet guide handed out its coveted stars for France, the staid Michelin shook up its three-star ranks dramatically. Usually even one restaurant ascending to or descending from the organization’s highest ranking would grab headlines in the food world, but on that day, Michelin elevated two restaurants and demoted three in one fell swoop. La Maison des Bois in the French Alps was one of the restaurants to lose a star—and legendary chef Marc Veyrat is still livid at the demotion. So much so that he wants to give his remaining two stars back.

Veyrat has sent a letter to Michelin saying he wants to be removed from the guide, reports French publication Le Point. In it, he accuses Michelin of not actually sending inspectors to his restaurant in the first place, while simultaneously calling them incompetent. “I have been depressed for six months. How dare you take the health of your chefs hostage?” he writes. “They dared to say that we put cheddar in our soufflé of reblochon, beaufort and tomme! They have insulted our region; my employees were furious.”

The director of the Michelin guide, Gwendal Poullennec disputed Veyrat’s assertions, saying that La Maison des Bois had been visited by inspectors several times every year. And as is custom, he’s not letting the chef give his restaurant’s stars back: “The stars are awarded by Michelin on a yearly basis and they are not the property of the chefs. They are for readers and foodies to give them the opportunity to discover an experience,” Poullennec responded.

However, that’s not totally true. While Michelin has largely had a policy of not taking back the stars in the face of an increasing number of chefs trying to relinquish them, they made a very notable exception last year. Sébastien Bras, son of legendary chef Michel, told Michelin he didn’t want to live under the scrutiny of Michelin inspectors anymore. Perhaps showing the power of the Bras name in French gastronomy, Michelin actually listened and Le Suquet’s three stars were removed.

“It is difficult for us to have a restaurant in the guide which does not wish to be in it,” Michelin spokesperson Claire Dorland Clauzel told AFP news agency at the time. “It is the first time we have had a public withdrawal of this sort.”

And it could, in fact, be the last time Michelin honor’s a chef’s request, because the guide returned Le Suquet to the 2019 edition against Bras’s wishes. So if Veyrat wants to lose his remaining two stars, he’ll have to do it the old-fashioned way: make the restaurant worse or just close it outright.