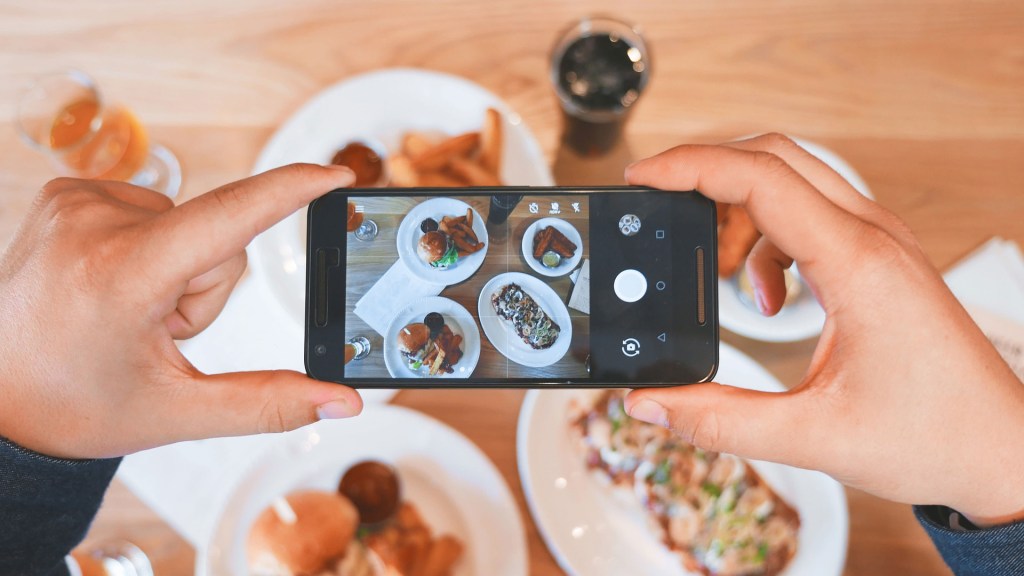 The man who helped launch the bone broth trend a few years ago wants to start a new movement. Before, Chef Marco Canora had New Yorkers lined up around the corner to purchase his fancy stock served in a to-go cup and, of course, snap a selfie to post to Instagram. Now he wants you to put your phone away altogether when you’re at his restaurant.

Banning cell phone use is nothing new at restaurants. Chef Jordan Kahn of Vespertine in Los Angeles is one of the most famous examples of chefs disallowing phones in his dining room. So you’re not going to see many pictures of Kahn’s food outside of images of his avant garde cuisine from his own approved photo shoots.

Canora’s approach is a little different. At his restaurant Hearth in New York’s East Village, the chef-restaurateur is not banning phones; he’s simply offering a gentle and stylish reminder to diners to disconnect from technology.

At each table, there are small boxes that say on the outside “Open Me!” When patrons do, they find a note that reads, “We’d like to invite you to unplug during your meal here at Hearth. Feel free to use this box, put your phone away, and connect with your fellow diners.”

It’s not that Canora, who won the James Beard Award for Best Chef in N.Y.C. this year, hates phones; he found that he loved his too much. He recently downloaded an app to track his usage and was surprised by how much he was using it, according to Eater. His own technology addiction made him want to find a way to help break his customers’ as well.

It’s not the first time the chef has used a bit of self-reflection to change his approach to Hearth. Last year, he revamped the menu to be more nutrient-dense after a health scare caused him to change his own diet.

Some diners are following the instructions, taking the cue to put their phones away to eat—but not without a slightly ironic touch of posting an Instagram of the box before storing the phones inside.

As lovely as the company, food, and wine were, the cigar box on the table in which we stored our phones upon being seated made it all the more enjoyable.

And open it I did. The message inside said to place all cell phones inside to enjoy a proper dinner with good conversation and unplug. Those weren't the exact words but you get the gist. And so we did and it was refreshing and liberating. So no food pics but the tasting menu here was SO good! 👌🏻🍽🍷💕 . . #hearth #italian #tastingmenu #recommend #openme #unplug #love