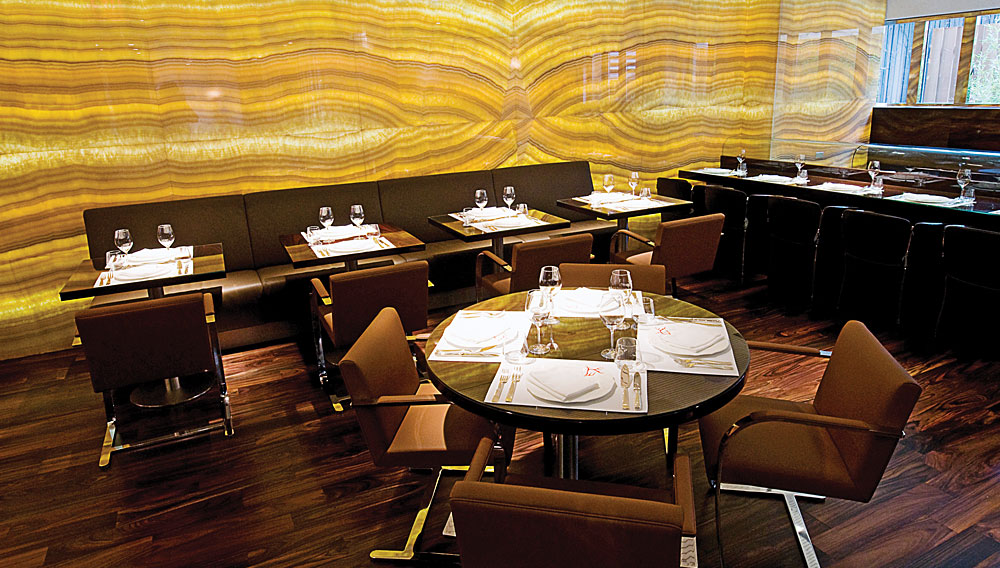 A year ago, manhattan’s luxury dining scene was in bad shape. Many of the stalwart establishments had closed, while the survivors felt dusty and dated. Decadent, sauce-heavy French cuisine had fallen out of favor. Casual-chic trattorias were taking over downtown, where the culinary life force had re-established itself. Nevertheless, people still craved an exceptional experience characterized by elegance and impeccable service; thus restaurateur Chris Cannon and chef Michael White—respected for their regional Italian restaurants Alto (northern cuisine) and Convivio (southern cooking)—saw an opportunity for a new template.

Opened last May as the restaurateurs’ third and most ambitious project, Marea is ultra-fine-dining without the stiff formality. “We are providing the same quality of product and level of service as some of the best restaurants in the city, without the stuffiness and the self-consciousness of some of those places,” says Cannon.

Located at the edge of Central Park South, Marea, like the duo’s other properties, borrows much from Italy, not just in terms of what White does in the kitchen, but also with regard to the restaurant’s attitude. The room and the fare are sophisticated and unfussy; the quality of ingredients—on the plate and in the context of the establishment’s modern, warm, and understated decor—is impeccable.

The menu is White’s paean to all things piscine. His knowledge of sea creatures goes deep, and he explores all kinds of preparations, allowing the produce that accompanies each dish to speak for itself. “We’ve been lucky to work with some of the best purveyors out there—people who offer us product so impressive, it can stand on its own and be delicious.”

Marea’s bar for crudo—a fantastic raw-fish counterpart to Japanese sushi—is an ideal place to perch for lunch or a post-show snack. Sitting at the wine bar and enjoying a light supper of pasta is another option, and White’s touch with noodles is superb. But the ultimate gastronomic experience can be had tableside in the dining room, with a multicourse meal that begins with the restaurant’s signature crostini smeared with uni and lardo. The meal might then segue into perfectly charred octopus atop couscous with pine-nut brittle, or rigatoni tossed in a sepia-and-shrimp ragu, before ending sweetly with a zucchini cake enlivened by lemon crema and homemade frozen yogurt.

Cannon, the resident wine expert, matches each of White’s dishes perfectly, without overpowering their delicate, clean flavor combinations. “We’re trying to create an environment that is accessible to the top chefs in the country, the most sophisticated diner, and the person who simply wants to enjoy a good meal,” says Cannon. “I think, thankfully, we’ve been successful at that.”

The partners’ success spells good news for fans of Marea: This summer in downtown Manhattan, White and Cannon are expected to open a new restaurant, which Cannon describes as “a very rustic, authentic trattoria.”