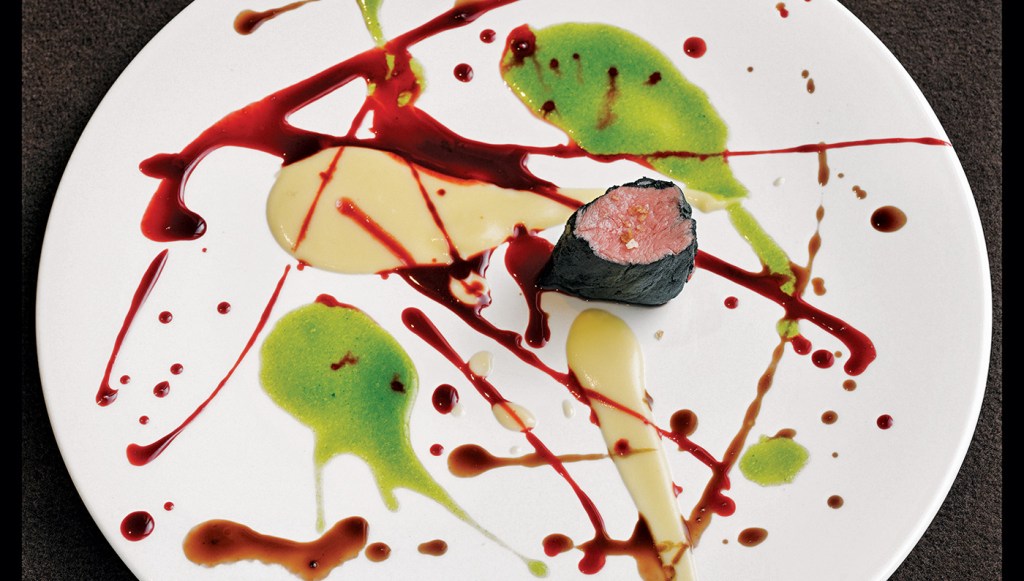 Massimo Bottura pushes the Italian kitchen into the 21st century—and beyond.

For years, Massimo Bottura’s wildly imaginative food-as-art creations ruffled feathers in tradition-minded Italy. Consider one of the chef’s signatures, the dish he calls the Crunchy Part of the Lasagne: A tricolor shard made by dehydrating, pulverizing, rolling, and dehydrating yet again three types of pasta—some cooked with herbs, some with cheese, some with tomato—rises crag-like over a bed of meat ragù and béchamel that has been piped through a nitrous charger into an ethereal foam. “As a kid, I’d play under my grandmother’s kitchen table and wait to steal the crunchy top layer of her lasagna as it cooled,” says Bottura, who aims to distill that experience into a series of bites that whisk the eater back to that table, to the smells of the kitchen, to youth itself. “This course, it is very emotional.”

Bottura’s restaurant, Osteria Francescana, is in Modena, at the crossroads of ancient Italian cuisine: Balsamic vinegar has been made there since the Middle Ages, and Parma, the birthplace of Parmigiano-Reggiano, lies a stone’s throw away. Bottura—a progressive thinker who also reaches deeply into the past—has steadily won over not only his home country but the world. In 2012 the osteria was awarded its third Michelin star, and last year it rose to second place on the World’s 50 Best Restaurants list. Today, at 53, Bottura is the most prominent chef in Italy. Says Wylie Dufresne, the avant-garde New York chef and a culinary kindred spirit: “Massimo has studied and then added to the canon of Italian cuisine, creating techniques that are probably going to be taught to Italian chefs forever.”

Today, at his art-filled 12-table osteria, Bottura continues to serve evocative multicourse tasting menus ($185 to $212; à la carte is also available) that feature such dishes as Snow under the Sun, which is inspired by the conceptual artist Joseph Beuys and layers 15 ingredients in a presentation that appears to be no more than a bowl of white foam. But Bottura is also turning his attention and creativity to feeding the masses.

“Osteria Francescana was just step one,” he says. Last year he opened up a soup kitchen to feed schoolchildren and homeless people with the food waste generated by the Milan Expo. He invited world-renowned chefs such as René Redzepi, Alain Ducasse, and Ferran Adrià to cook with him, and the project, called Food for the Soul, was so successful that he has now started a foundation to open up soup kitchens internationally—his way of combating the world’s annual 1.3 billion tons of food waste. He also helped start Villa Sorra, a school in Castelfranco Emilia, where culinary students will work closely with Emilia-Romagna’s farmers and producers.

“The contemporary chef has a responsibility,” Bottura says, “which is why I’ve moved from the aesthetic aspect of my work to the ethics of it. And by doing that, I’m hoping to change the world.”