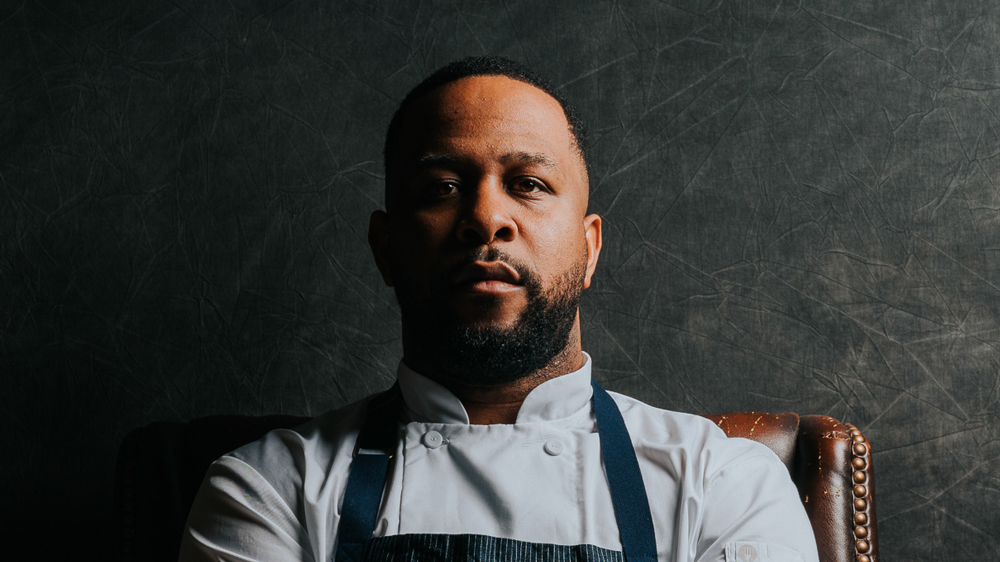 Oakland pitmaster Matt Horn has become a Bay Area sensation. To get a taste of his Central Texas-style barbecue, people have waited in three-hour-long lines at the pop-ups he’s held around the region. Now, he’s planning to make his brisket and hot links available every day, as he aims to open his first brick-and-mortar restaurant by Labor Day.

But Horn also knows it’s important for him to do a lot more than just serve Texas-style barbecue.

“I feel like I have the responsibility to carry on the tradition that’s come before me, to shine a light on barbecue and on being a Black pitmaster, and also to move it forward for the next generation,” he said.

Horn will pay homage to Black smoked-meat pioneers, including Kansas City’s Henry Perry and Gates family, as he riffs on all kinds of American barbecue. He’ll think about things he’s learned in conversations with Black pitmasters like Rodney Scott and Howard Conyers. He’ll remember that, despite Perry’s 2014 induction, the Barbecue Hall of Fame is largely white. He says he’s here to honor the forgotten.

“A lot of Black pitmasters, who have ushered in barbecue and been the stewards, have been overlooked,” says Horn, who’s starting a production company to film the progress at his restaurant and also tell other stories about barbecue and food. “Slaves were given scrap meat. To make that meat tender, they smoked it. They dug holes in the crowd and cooked meat over coals. From a heritage standpoint, we are the culture of barbecue.”

Horn Barbecue, in West Oakland, on the site of what was previously Tanya Holland’s Brown Sugar Kitchen, will serve smoked oxtails and pork chops “influenced by the Black South.” There will be pulled pork and pit-smoked chicken along with rotating meat specials. Saturdays will be blowouts with whole hog and beef ribs.

Sides will include potato salad, mac-and-cheese, black-eyed peas, collard greens and Horn’s version of a potato casserole his grandmother used to make. The dessert menu, created by Horn’s wife, Nina, will rotate between crowd-pleasers like banana pudding and chocolate cake with Kahlua.

In late June, Horn went to Austin for meetings with partners and also to eat a lot of smoked meat as he mentally prepared himself for his restaurant opening. He marveled at the barbecue from Valentina’s and Terry Black’s and Stiles Switch and LeRoy & Lewis and Micklethwait. But he also ate whole fish at Comedor, tacos at Torchy’s and breakfast tacos at Veracruz. He cooked at Suerte, where he collaborated on smoked oxtail tacos with chef Fermín Núñez.

Horn doesn’t just have barbecue on his mind. He’s started his own group, Horn Hospitality, and has many “concepts” in the works. We’re now at a moment in time (given the uncertainty of the restaurant industry, the possibility of launching in food halls and the rise of new ways to do takeout and delivery) where the word “concept” can actually make more sense than the word “restaurant.” Horn plans to open something casual called Kowbird, which will serve fried chicken, this fall. Then he will do something centered around breakfast tacos. This is all on top of the spice rub he sells and the cookware company he’s collaborated with.

The permitting process and complications with building a proper smokehouse delayed Horn’s opening, which he had hoped would happen last year. The travails of a first-time restaurateur can be crushing even without Covid-19 shutdowns and the aftermath of police officers killing Breonna Taylor, George Floyd and others that resulted in protests and property damage in many cities, including Oakland.

Horn admits he wasn’t inclined to say much about the state of the country during the protests. He’s a Black man who’s pinballed between feeling sad and angry and numb for much of his life.

“It’s something that’s constantly in your heart,” he said, but he wasn’t sure at first what he should even express at this moment.

A lot of people, including many he hadn’t heard from in a long time, checked in on him. Horn Barbecue’s building hadn’t been damaged, but of course he was worried about things he couldn’t control. He started writing down his thoughts. And late at night on June 1, he texted some of them to me.

The text began: “Stories told of hanging bodies swinging from the trees, visuals of crosses burning in the yards of Black families, and the batons of hate-filled police officers are forever etched in my mind.”

After several more thoughts, the text ended: “Our people may be terrorized, but we have dignity. We seek justice. We seek rights. I am building my business to help create a better world for my children and even for those young men burning these shops and stores down.”

Horn, whose father and grandfather were in construction, thought he might have a career building things after he finished playing college football. Barbecue presented him with a new path. He hopes his hospitality company will give his children a chance to join him on this journey. Matthew Jr., whom the family calls Matty, is 4. Leilani is 3. But Horn is already thinking that at least one of them will have a future in barbecue and that both will end up in hospitality.

Horn wants his children to know that cooking can make a difference. After Covid-19 hit, he started the Horn Initiative, which has fed hospitals, first responders and also members of the Oakland community who are struggling to feed themselves because money is tight. Horn knows there’s a lot he can’t control, but nothing can stop him from smoking meats and telling his story.

Ultimately, that’s why he went to Austin. He was supposed to cook with Atlanta chef Bryan Furman in barbecue photographer’s Robert Jacob Lerma’s backyard, but that event was canceled because of Covid-19 restrictions. Nonetheless, Horn knew that going to Austin would still fortify his spirit.

“This trip was pretty much just to free our minds, man, and just have some relaxation,” he said while he was grabbing breakfast tacos at Veracruz. “I know the timing with everything going on was a bit challenging, but we’ve been making it work. As soon as we get back, it’s full go into restaurant mode because we’re right at the finish line.”