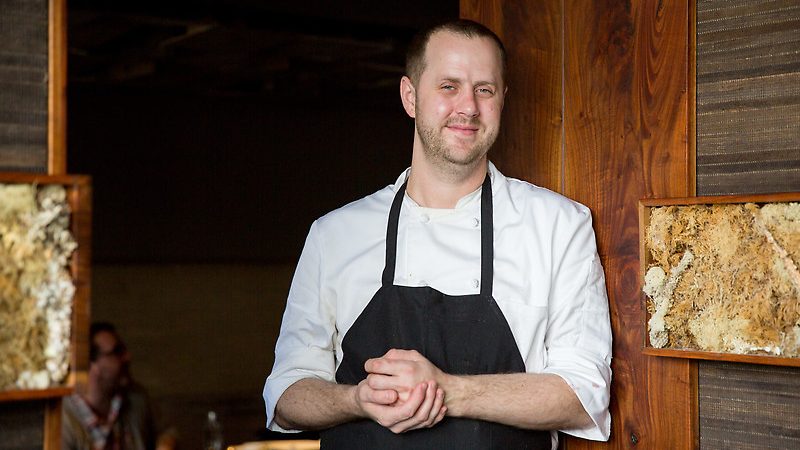 In a year when we saw the rare demotion of a legend with Jean-Georges Vongerichten dropping from three stars to two for his eponymous restaurant in New York, there wasn’t a lot of three-star news in the release of the 2018 Michelin guides in America. In Chicago, no restaurants bumped up a level, and neither did any in Washington D.C.

However, in San Francisco, a seventh restaurant earned Michelin’s highest accolade, with Matthew Kirkley’s modern seafood restaurant, Coi, moving from two stars to three. What the wider public didn’t know was that when the announcement came, Kirkley already had one foot out the door.

Eater SF reported that instead of Kirkley being in Coi’s kitchen, he has spent the last three months training to represent the U.S. in the 2019 Bocuse d’Or, an international cooking competition that’s like the culinary olympics. Last week, Kirkley competed in the U.S. championships with his commis Mimi Chen and won, meaning they’ll represent America in Lyon, France.

To do so, he has to train all year for the competition, meaning he’s leaving his job at Coi to relocate to Napa and develop his dishes with the hopes of retaining the title America won for the first time in 2017. He’ll be able to leave his job to practice with financial support of Ment’or—which raises funds through Robb Report’s Culinary Masters—the organization created by Daniel Boulud, Thomas Keller, Jérôme Bocuse to create the infrastructure to put America on a path to victory.

This was an unexpected development, especially on the heels of earning that rare third star. Kirkley had taken the executive chef reins less than two years ago from chef-owner Daniel Patterson, who created Coi and guided it to two stars, never quite getting it to three before stepping away for other projects.

As you’d expect, Michelin was effusive of Kirkley when awarding the third star. “Our inspectors have been following chef Kirkley since his days at L20 in Chicago, and we were thrilled to see that he is at the summit of his art,” said Michael Ellis, international director of the Michelin Guide. “We were truly impressed by his artistry and his team’s ability to produce sublime dishes based on local ingredients like abalone, oysters and seafood.”

Kirkley will still be creating sublime dishes, but for the near future they’ll be for the benefit of judges instead of diners.