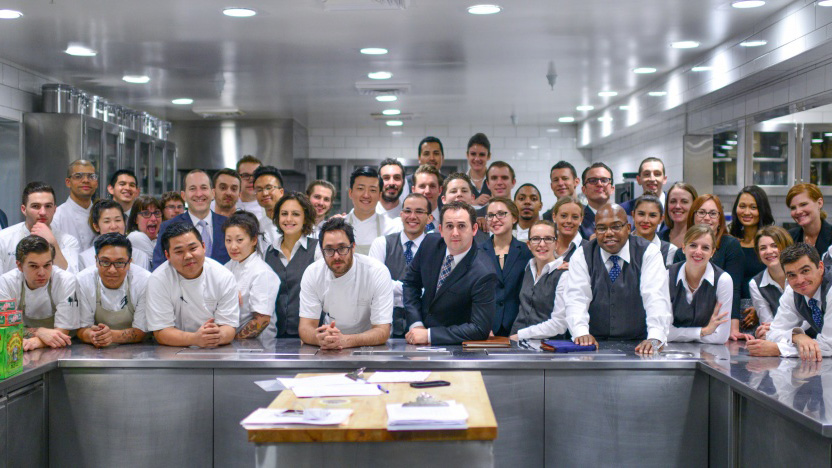 After taking 2016 off to rethink its epic year-end dinner series, The Restaurant at Meadowood in Napa Valley is bringing back its 12 Days of Christmas with an all-star lineup of chefs from around the globe.

Starting on December 8 with Mark Lundgaard of Kong Hans Kaelder in Denmark, Meadowood’s Christopher Kostow and his three-Michelin-star brigade will join a different acclaimed chef each night to create one-night-only tasting menus that merge each chef’s technique with produce from the Napa Valley. This year, Sean Brock, Fabian von Hauske, Jeremiah Stone, Manish Mehrotra, and more represent a star-studded collection of chefs. Kostow, as is tradition, will cap the series by cooking the finale on night 12.

The 12 Days of Christmas originated in the 1990s, introduced by Meadowood’s founding partner H. William Harlan and was brought back in 2008 in partnership with the Food Network. After that initial re-boot, Kostow has evolved it into a marquee culinary event. For 8 years, celebrated chefs from Grant Achatz to Nancy Silverton to Enrique Olvera have traveled to cook in the Meadowood kitchen, and its prestige only grew.

“The 12 Days is quite legendary within the industry,” Matthew Orlando, the chef-owner of Amass in Copenhagen, told the San Francisco Chronicle in 2014. Cooking at Meadowood is “like walking into Narnia.”

Tickets go on sale September 1 on Tock. The dinners are $500 per person, and there is a $725-per-person chef’s-counter option. Proceeds from the series are donated to Saint Helena Preschool for All, Inc., a local nonprofit organization providing scholarships to 3- and 4-year-old children. The Restaurant at Meadowood will donate $2,000 on behalf of each visiting chef on top of 10 percent of every ticket sold.

Here’s the full lineup of this year’s chefs: