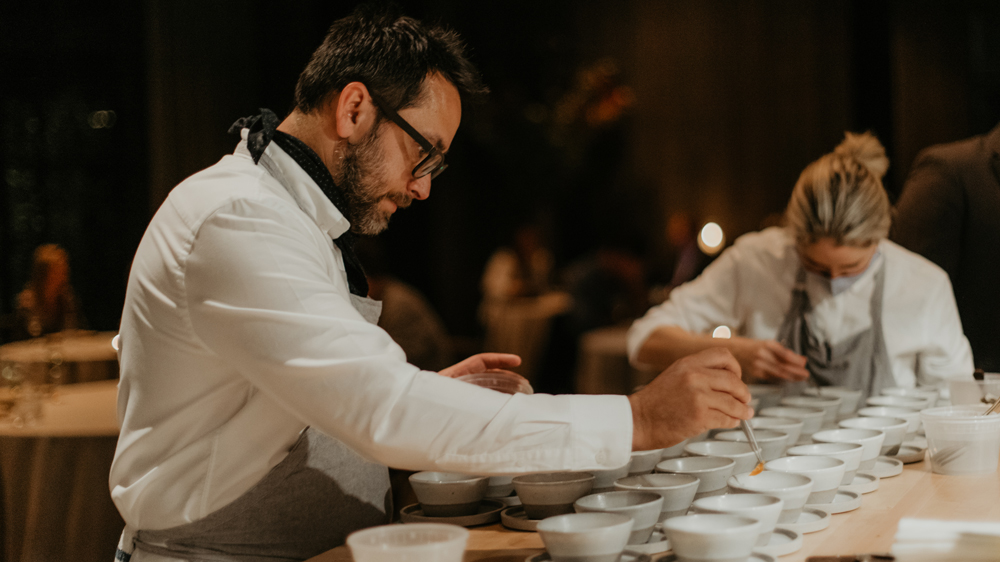 It was the calamity prior to the calamity that made Christopher Kostow take action. Even before flames consumed Meadowood, the chef behind the Michelin three-star restaurant in Napa Valley was trying to figure out how to keep his staff together for the cold that would make operating during Covid-19 that much more difficult. “We were looking at creating exterior spaces to operate in the wintertime at The Restaurant at Meadowood, but it just doesn’t make sense at the level we want to do it—a three-star level,” Kostow tells Robb Report. So despite being busy since it reopened from full pandemic shutdown, Kostow anticipated Covid-19 restrictions would run headlong into falling temperatures and necessitate a new plan altogether.

“Around September, when we were still operating outside—there was definitely a fear that we were never going to get to be inside, and we were looking ahead to wintertime and trying to figure out a way to keep the team working,” Kostow says. “I started to think where could we go that’s warmer and we could operate outside in the winter months.”

In Kostow’s mind he wanted to be near a city, but not actually in it—and find a place that felt of a piece with bucolic Meadowood. The chef set his sights on Ojai. Located 80 miles outside of Los Angeles and featuring a new events space designed by the same architects behind Kostow’s second St. Helena, Calif. restaurant, The Charter Oak, The Ojai Valley Inn seemed to fit the bill. So Kostow approached his Southern California counterparts and they agreed to host the Michelin three-star restaurant at the Inn’s Farmhouse for the beginning of 2021.

Then the fires happened. Northern California wildfire season ravaged Napa Valley with the Glass Fire claiming numerous wineries and vineyards and eventually The Restaurant at Meadowood, burning it to the ground on September 28. That didn’t deter Kostow from the planned residency, if anything, it gave it more purpose. “When the fire happened, within a few days I texted them and said, ‘This is still happening,'” Kostow says. “It will give me this opportunity to keep cooking, keep the team together, connect with our audience and connect with a new LA-based audience as well.”

And yet, Kostow is still trying to sort out the aftermath of the blaze. “It was 12 years of a career, so I think it was reasonable to take a step back and reflect,” he says. “But we’ve been putting out proverbial fires with The Charter Oak and trying to make that work, so I haven’t had the requisite time to figure out what to do going forward.” What he sees now in the residency is an opportunity to create a new center of gravity to give his staff a common purpose again that will preserve Meadowood’s ethos while the physical restaurant is being rebuilt.

The pop-up will not be a carbon copy though. Meadowood, so known for its Napa-centric cuisine, will bridge the two valleys—Ojai and Napa—using produce from the restaurant’s farm up north and drawing on ingredients from the Southern California high dessert they don’t usually get to play with. The team is still testing dishes, but a menu is taking shape with fermented leek beignets, Gold Ball turnip pierogis, and black cod with celery root, black truffle and beurre noisette.

The six-course dinners, including wine, are $495 per person, with Meadowood planning 40 to 45 covers each night they’re open. Since the announcement, people have been clamoring for the seats. “The bookings have been out of control, I’ve never seen anything like it,” which means more dates could be in the offing. “We wanted to do the first few months of the year—January and February are solidified and I think March will probably happen.”