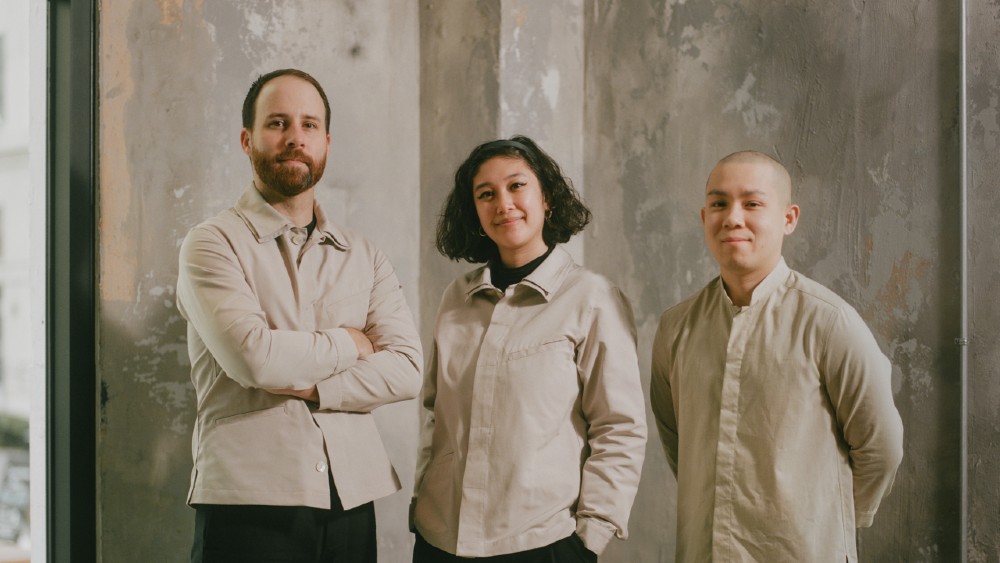 The story of  LA restaurant Kato, the Michelin-starred tasting menu destination that recently relocated to a 4,500-square-foot downtown space, is the story of two wunderkinds.

There’s chef Jon Yao, of course, who opened Kato in June 2016 when he was just 25. Yao’s new-school Taiwanese-American cooking uses fine-dining ingredients and beautiful plating to move his culture forward. So three-cup chicken turns into three-cup abalone, and riffs on steamed fish, hot-and-sour fish and raw fish are elaborate but delicate umami bombs that burst with contrasting textures and flavors. An A5 wagyu dish has a sauce with beef tendon that tastes like the essence of beef noodle soup.

This is revelatory food that has garnered extensive national acclaim. But what makes Yao and his partners just as proud is how Kato has resonated with Asian-Americans in Los Angeles.

“I get people crying all the time because the experience was so nostalgic, like it opened core memories for them,” says Kato general manager—and the second wunderkind in the mix—Nikki Reginaldo. “It’s like, ‘Oh my God, I totally forgot about that. I used to eat that as a kid.’ Or, ‘I can’t believe you remembered that.’”

Reginaldo, a Filipino-American who has known Yao since they went to rival high schools in LA’s San Gabriel Valley, remembers everything.

The dining room and the newly expanded Kato  Jeni Afuso

She remembers how guests responded to specific dishes on previous visits. She remembers birthdays and anniversaries. She likes to work with her hands, so she learned how to make candles during the pandemic and has given them to regulars on special occasions. She’s knitted animal hats to celebrate the specific Lunar New Year when children were born.

And her story, and the way it intertwines with Yao’s, has turned Kato into one of LA’s most lauded and vital restaurants.

Reginaldo knows that Asian-Americans who grew up in the San Gabriel Valley have small but meaningful memories about things like going to a certain movie theater because that theater is close to great boba or mochi. She wants Kato to be a place that reminds them of moments like that.

Reginaldo is driven by a deep desire to make people happy while celebrating her Asian-American roots. And her rise in hospitality is no less remarkable than Yao’s. She started working as a busser at Kato in August 2016, about a month before her 24th birthday. She became the restaurant’s general manager in February 2017. Now the 29-year-old Reginaldo is the general manager holding things down and dealing with countless reservation requests via phone, e-mail and text at the buzziest fine-dining restaurant in Los Angeles.

A wagyu dish from the January 2022 tasting menu  Jeni Afuso

Reginaldo is gregarious and has a disarming smile, but she really doesn’t want to be in the spotlight. She was hesitant about being profiled, but Yao and Kato director of operations Ryan Bailey helped convince her that she deserves to shine. After all, the polished but relaxed-chic service model at Kato largely exists because of Reginaldo’s attention to detail and personality.

“I think she altered our hiring where being a nice, kind person became the top of our priority list,” Yao says.

“I’ve been in hospitality for 20 years and, to be very frank, you can know when somebody is meant to be in hospitality and when somebody is just doing it because they fell into it,” Bailey says. “She’s a true hospitalitarian. It’s in her bones. Whether she’s at work or not at work, she’s always going to do the extra thing to make people feel comfortable. She has the ability to empathize with people, which, during these times, is really important. When somebody walks in and they’ve had a day, she makes them feel heard and is able to cater her sense of communication and her hospitality to cheer them up and make sure they have a great experience.”

Reginaldo worked in a popular boba shop during high school and majored in hospitality management at Cal-State Fullerton, but she hadn’t worked at a restaurant before Kato. It turns out her inexperience at the time was a blessing. There was no playbook for what Kato was doing, so Yao and Reginaldo just figured it out together.

“I don’t think we realized there was a style to our service until we had so many regulars come back,” Yao says. “They love Nikki, and industry people say, wow, she’s really good, really unique. It feels really personal. I think that’s just her personality, not like having any of her character be suppressed by a previous employer. It was just her being her. She’s just a really warm, genuine, caring person.”

“When I first came to Kato, I was like, oh my goodness, Jon’s encapsulated these specific memories for this generation of Asian-Americans,” Reginaldo says. “That was something that I really liked about Kato. And from a subconscious standpoint, I kind of brought that feeling in as well. Since I’m Filipino-American, the vibe I created was warm and friendly because Filipinos have huge gatherings for small things, big things, birthdays, Manny Pacquaio fights. There are barbecues just for fun or whatever, and there’s always 30 or 40 people and a big lechon. You’re always surrounded by food and drink. My family was basically the house to congregate in, so it was kind of in my second nature to host people and make people feel welcome.”

The original Kato, at an oddly shaped and cramped West LA strip-mall location where Yao and Reginaldo couldn’t serve alcohol, was built on scrappiness and doing whatever had to be done at any given moment. Reginaldo realized that the jobs she had during college at a brewery, a wedding photography business and an IT company were the “perfect setup for being in a restaurant.” She took photos for Kato and edited files in Photoshop, InDesign and Lightroom. She knew how to fix a router. She understood project management. And bussing tables was no big deal because she had plenty of experience cleaning up after family parties.

An elegant dish from a recent tasting menu  Jeni Afuso

“Kato was a place where me and Jon basically grew into your young adulthoods,” Reginaldo says. “It really humbled us in a way. I never really understood how much work it took to just run a business day-to-day.”

The days were hectic and unpredictable, but Reginaldo prevailed.

“It was just me on the floor doing all of the e-maling, answering all the voicemails, getting people’s numbers, helping all my regulars with reservations,” she says. “And there were times where I didn’t have front-of-house, so I was serving the restaurant with just the back-of-house. There were also times where I would have to make runs to a market if a purveyor shorted us. I’d go to the farmers market or a really good Japanese market to get, like, shiso leaf for something.”

She’d like for Kato to maintain its DIY vibe and its sense of intimacy in its new and much larger location, where reservations for an entire month are booked within hours of going live. But Reginaldo also knows there are advantages to no longer being an underdog.

“Nobody shorts us anymore,” she says. “We’re not little guys anymore. It’s nice to really feel seen in the restaurant industry rather than just being the scrappy kids that own the strip-mall tasting menu.”