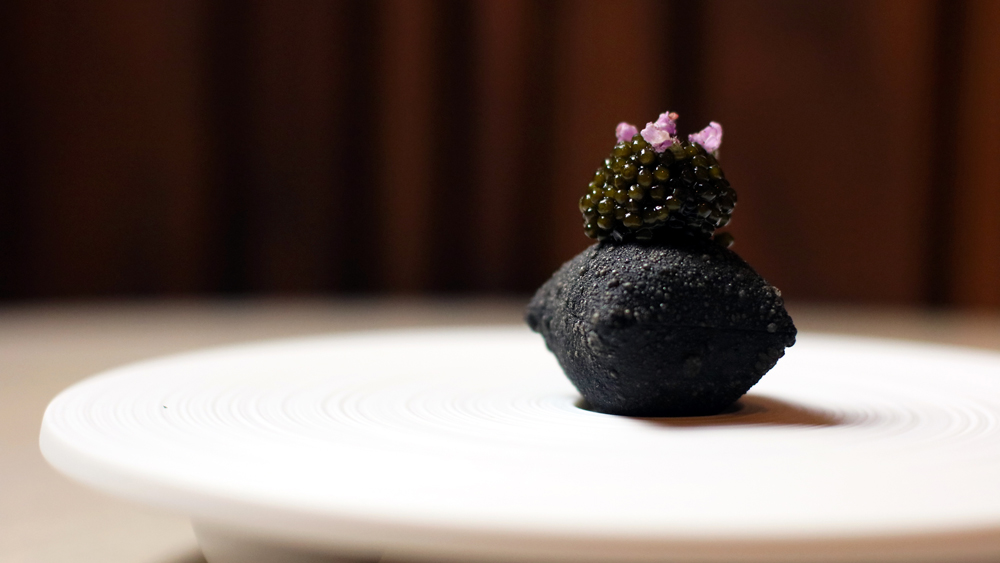 Sometimes, you get to a fork in the road and start rethinking your destination altogether. And sometimes, your new path takes you back to exactly where you belong. Last week, Los Angeles tasting menu restaurant Mélisse received two Michelin stars. It’s a place where chef-owner Josiah Citrin had been before, but it was an arduous journey to get back there.

Citrin opened the French-focused Mélisse in 1999, building the Santa Monica restaurant into one of the premier dining destinations in Southern California. When Michelin first arrived in 2008, it bestowed two stars upon Mélisse and again in 2009, before the little red guide pulled up stakes and stopped evaluating LA restaurants altogether. When Michelin came back with a California edition in 2019, Mélisse wasn’t open. Citrin closed the restaurant for renovations three days before Michelin announced its return.

Not long before that, Citrin had gone through the laborious task of renewing his lease, a process that took a year-and-a-half. During that time, he considered leaving the space and looked at other potential locations. He knew that, whatever happened, he wasn’t giving up on Mélisse. But he wasn’t sure what his restaurant would become.

“I didn’t know what was going to happen,” he says. “The neighborhood changes, rents change. And it’s kind of a little dance with my landlord and myself, trying to get the rent to a place I could feel comfortable with and be successful. It was super stressful. There was so much emotion going on. I didn’t really want to leave. They say you shouldn’t get emotionally attached to a location. But for 20 years of my life, I drove there every day.”

The routine was comfortable and rewarding for Citrin, but then he decided to jackhammer that routine.

“I wanted to create a different Mélisse,” he says. “I didn’t want to do the same thing again.”

Citrin renewed his lease and started working on a new rendition of his flagship. He split the space into two restaurants: a 14-seat Mélisse and the much bigger Citrin (with a dining room and bar where 90 guests can enjoy à la carte versions of some of his greatest hits, including lobster Bolognese, egg caviar and Dover sole).

Both restaurants opened in December 2019, which meant that Josiah Citrin and his longtime right-hand man, chef-partner Ken Takayama, were still getting used to their new setup when the Covid-19 pandemic upended everything. Their pivots have included serving takeout lobster Bolognese (which, magically, is excellent even after you drive it half an hour and then microwave it at home) and turning a parking lot into an elegant outdoor dining space.

Before he reopened Mélisse in 2019, Citrin wasn’t shy about his ambitions. He publicly expressed his hope that the new iteration would be awarded at least two Michelin stars. He now says that he never lost his confidence about this happening.

Having a 14-seat space has allowed Mélisse to create a more intimate and precise experience. Citrin brought in a duck press and created new snacks with premium ingredients like caviar, uni and truffles. He continued to merge his expertise in classic French technique with flavors from America and Asia. And he doubled down on his commitment to “serving perfect food at the perfect moment” at Mélisse.

“That was the whole idea of creating this restaurant,” he says. “We know we have a 6:30 seating and we know when the ducks are steamed and when the lobster is cooked. There’s no reason everything can’t be completely timed.”

Citrin also wanted to create a comfortable and unintimidating space, and he’s proud that Michelin described Mélisse’s ambiance as “more celebratory than stuffy.”

“The biggest thing is that Michelin recognizes that I seem to be able to do fine dining that keeps evolving and not just be the fine dining that people are used to,” says Citrin, who’s in the process of setting up a new analog sound system to play vinyl albums from musicians like the Rolling Stone, Aretha Franklin, Echo & the Bunnymen and Oasis.

But Michelin is ultimately about the quality of food, and Citrin credits new Mélisse chef de cuisine Ian Scaramuzza for rocking to his own beat and maintaining a great attitude while taking on a strenuous workload. Scaramuzza was previously head chef at Corey Lee’s In Situ, a high-concept San Francisco museum restaurant that was known for faithfully re-creating dishes from other chefs. At Mélisse, Scaramuzza is flexing his own perspective with new dishes like a lobster toast and a riff on chicken cordon bleu made with a chicken wing.

The new Mélisse is more intimate and is tucked away from the a la carte Citrin.  Photo: courtesy Jeff Couch

“He’s brought a lot of creativity and playfulness and different techniques,” says Citrin, who hadn’t thought about serving chicken wings at Mélisse until Scaramuzza made a convincing case that they belong on a tasting menu. “He has so much knowledge and talent. It’s just a different view. I have a certain view, and then a different style comes in. It’s blended together really nicely.”

Getting back to two Michelin stars feels especially gratifying for Citrin because he knows he took a lot of risks. He realizes that he could have just kept Mélisse open in 2019 and would likely have held onto his two Michelin stars then.

“But I was ready to change,” he says. “I believe that you’ve got to keep evolving.”

Bringing in Scaramuzza is a way to extend the range and longevity of Mélisse. It helps allow Citrin, whose other restaurants include Charcoal, Dear John’s, Openaire and a forthcoming casual chicken spot, to keep pushing forward on multiple fronts. He’d like to get a Michelin star for his eponymous Citrin restaurant, where he recently hired chef de cuisine Hilary Henderson (who was previously at Wolfgang Puck’s Michelin-starred steakhouse Cut).

And, of course, Los Angeles is currently a city that doesn’t have any Michelin three-star restaurants, so that’s an obvious prize that the team at Mélisse will keep their eyes on.

“We really want to get that,” Citrin says. “We want to fight for that.”