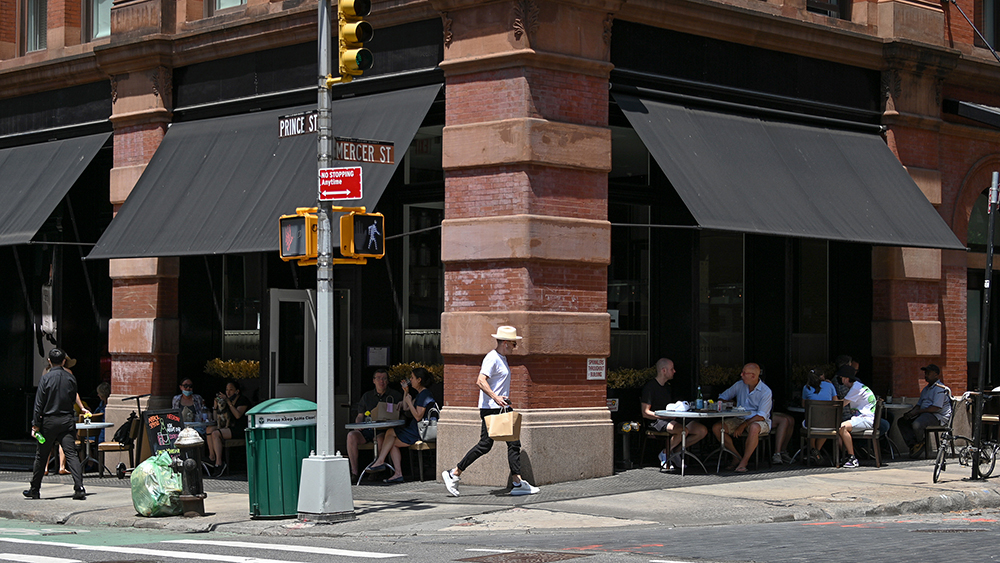 It’s the end of an era in Soho: Jean-Georges Vongerichten will be closing Mercer Kitchen at the end of the year.

Open since 1998, the downtown institution is situated in the basement of the Mercer Hotel, and it’s attracted celebrities, tourists and locals alike for decades. The restaurant’s open kitchen allows diners to take a peek while chefs prepare their wood-fired pizzas, tuna tartare, and other dishes, and the spot claims to have been one of the first restaurants in New York City to have a communal table.

“It’s been 25 years,” Vongerichten told Eater NY about the closing. “A great run.”

Once he gives up the Mercer space (his team may, however, continue with room service in the hotel), the celebrated chef will still have a number of other establishments to oversee, of course. Reservations at his Michelin two-star Jean-Georges, which opened in 1997, can still be hard to come by, and his Tin Building venture at the South Street Seaport is opening later in August. The 53,000-square-foot venue will feature a dozen restaurants, three bars and a food market, according to Eater.

As for Mercer Kitchen, sources told Eater that Scott Sartiano, the mastermind behind the private members’ club Zero Bond, would be taking over the restaurant. (Sartiano and the Mercer Hotel both declined to comment to Eater.) Currently, Sartiano is a minority partner and creative director at the Mercer Hotel, and his other venture is part of what made him attractive to the team there.

“We’re only two blocks away from Zero Bond, and the thought of merging his culture at Zero Bond into ours—his Rolodex and his curated community—would be really good for what we are,” Richard Born, one of the Mercer Hotel’s owners, told The New York Times in May.

With a host of other celebrity-beloved spots to his name (including 1 OAK, Darling and Butter), Sartiano will likely have no problem keeping Mercer Kitchen top of mind, but it remains to be seen how he’ll refresh the underground locale.