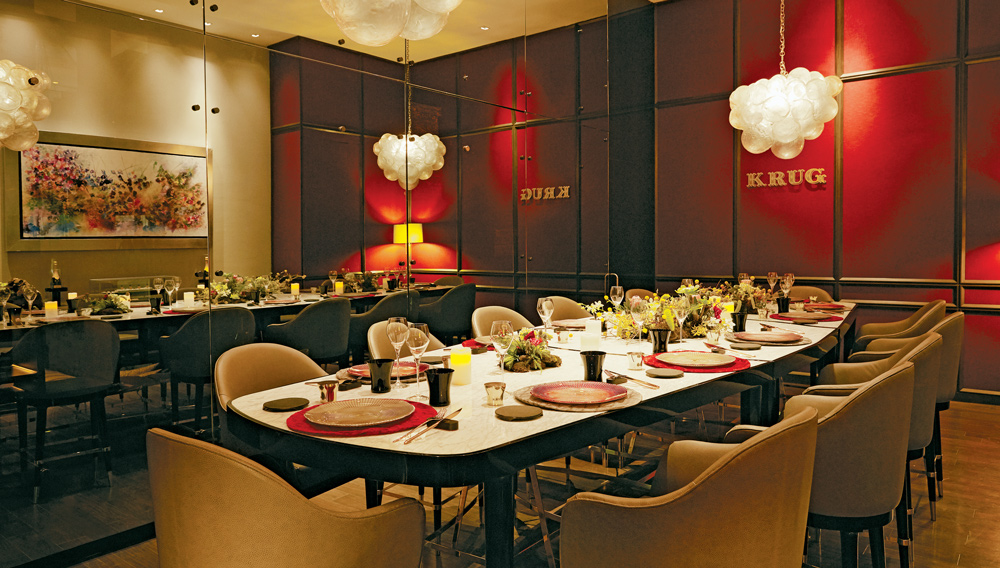 For food lovers in Mexico City, these are heady days. Mexican chefs who made their mark abroad are returning home to open ambitious restaurants such as Rosetta, where Elena Reygadas, formerly of New York and London, creates fine pasta and seasonal Mexican fare; and Sesame, an Asian street-food restaurant from Josefina Santacruz, who oversaw the kitchen at Pampano in New York City. Meanwhile, Jorge Vallejo, who earned his stripes at home in the kitchen of Mexico City’s groundbreaking Pujol, has opened Quintonil, which is already rivaling Pujol as the city’s most innovative dining destination. Mercado Roma, a stunning new market in the city’s fashionable Roma neighborhood, has become a showcase for modern Mexican ingredients, including organic corn tortillas, single-origin coffee from Oaxaca and Veracruz, exquisite local cheeses, and artisanal mezcals. And on wine lists throughout the city you will find selections from Baja, an emerging viticultural region.

Amid these culinary riches, one of the great French Champagne houses has established an intimate, elegant outpost. La Table Krug, a collaboration between Krug Champagne and the St. Regis Mexico City, opened earlier this year at the hotel. One of 10 Krug Table restaurants around the world, and the first in Latin America, La Table Krug seats only 12 diners a night for an 11-course meal (about $210 per person) paired with the Grand Cuvée Champagne. The menu by chef Sylvain Desbois is French at heart, but driven by Mexican ingredients.

Each evening begins in a private lounge, where white-gloved servers offer ginger-lashed Glenmorangie cocktails and silver trays of canapés such as liquid foie gras. Guests are then invited into the dining room. “It is called La Table, so the table needed to be something special,” says Adriana Angulo, brand manager for the Mexican division of LVMH Moët Hennessy Louis Vuitton, the parent company of Krug. The table is a long slab of white marble, raised high, and it leavens the formality of the meal with the conviviality of eating at the bar. Overhead are glass chandeliers shaped like Champagne bubbles; the walls are hung with colorful abstract artworks meant to evoke the array of flavors in the Champagne.

During the meal, three glasses of Grand Cuvée are poured. “Krug Champagne is an explosion of flavors, and it has a special magic to adapt to different recipes,” Desbois says. “Krug is so versatile that I have complete liberty to create; there is no limit when it comes to pairing and designing the perfect menu—it is all on the quality of the product and execution.”

Among the dishes he has created are tender scallops from Ensenada with corn Mornay and black truffles served in a smoked corn husk, and a block of veal crusted with Serrano ham. On a recent menu, Desbois experimented with a more interactive experience: the Krug Burger. “It’s a burger that our guests finish cooking on the table,” he says. “Obviously it’s a wagyu beef burger, with foie gras and black truffles.”