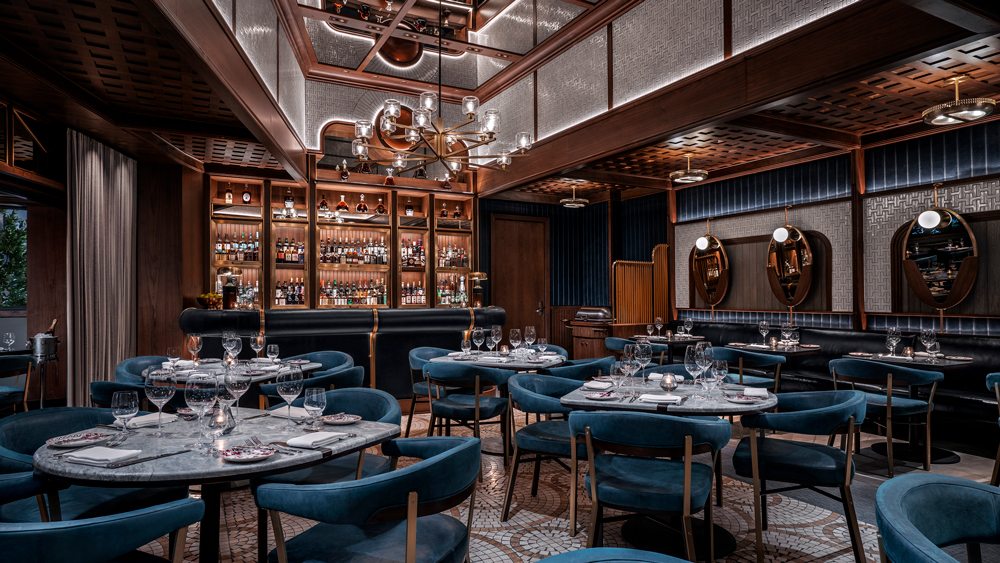 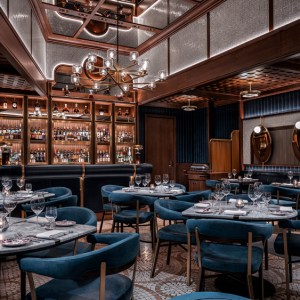 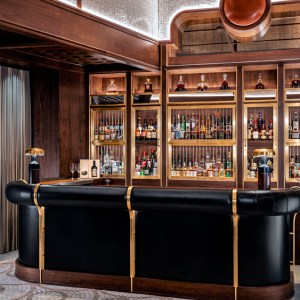 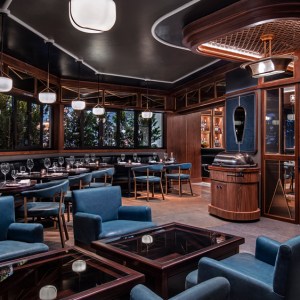 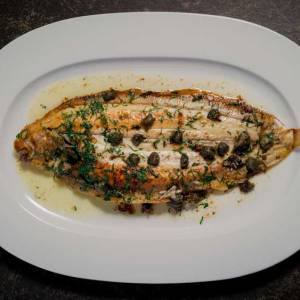 Amid the flashing lights, the pinging of slot machines, and the din of raucous bachelor parties, Las Vegas can overwhelm the senses in unpleasant ways. “I love Vegas, and I’m here a decent amount, but there’s a lot of activity,” says celebrity chef Michael Symon. “We wanted something we hadn’t experienced yet in Vegas. Just a little warm, secluded place you could go, have a high-end cocktail, have some classically prepared food, and just chill a little bit.”

The Food Network and Cooking Channel host has created such an oasis in the desert. You’ll just have to do a little work to find it. In December, Symon opened an outpost of his barbecue joint Mabel’s inside the Palms. But hidden behind one of the walls, he’s been working on something quite different. Cross through a secret passageway and you’ll find a small restaurant covered in rich wood paneling and wrapped in leather banquettes. This is Sara’s, Symon’s intimate throwback to midcentury fine dining he’s dubbed his “meateasy.”

Across the country, chefs are hearkening to that post–World War II era of America. In 2017, Major Food Group reinvented the old Four Seasons space in New York with the swaggering and swanky The Grill. Renee Erickson created a dark and cozy cocktail den with Deep Dive in Seattle. And Thomas Keller has opened Surf Club in Miami and is also creating a new Mad Men–era restaurant at Hudson Yards.

Those restaurants also had a level of service to create experiences for diners, which went away as service became more casual. “I miss that part of dining—where you feel incredibly coddled. The servers have a little bit of that European flair where they know how to fillet a fish and finish a dessert tableside,” Symon says. “With Sara’s we want to go back to the ’60s, where the waiters really take care of the customers and do tableside things and bring some of that romance back to a dining room.”

Symon wants to channel the midcentury vibe in full. In addition to decor and service that evokes the era, he has created a menu steeped in Continental classics. There will be prime rib, Dover sole in brown butter, raw-bar towers, escargots in butter, and all manner of dishes the American Heart Association would advise against eating with any sort of frequency.

Mabel’s and Sara’s are inside the Palms hotel, located off the Strip. In the aughts, when the Maloofs owned the place, it became a Vegas destination. But, like the Maloofs, it fell on hard times, turning into an afterthought. Enter the former owners of the UFC, Frank and Lorenzo Fertitta, who bought the property in 2016 for $312.5 million and have invested a further $690 million in restoring the hotel’s luster. Part of that plan has been bolstering its food offerings by convincing celeb chefs Marc Vetri and Symon to set up shop. “People have been asking us to do Vegas for 15 years, and for 15 years we’ve said no,” Symon says. But the Fertittas’ pitch worked on him, making him willing to expand his Cleveland-based restaurant empire out West.

Most people visiting the Palms will experience Symon’s cooking through his Mabel’s BBQ, located right off the casino floor. But for the select few who find their way to the meateasy, they’ll be transported to a place and time that’s very different than much of the Vegas that surrounds it.