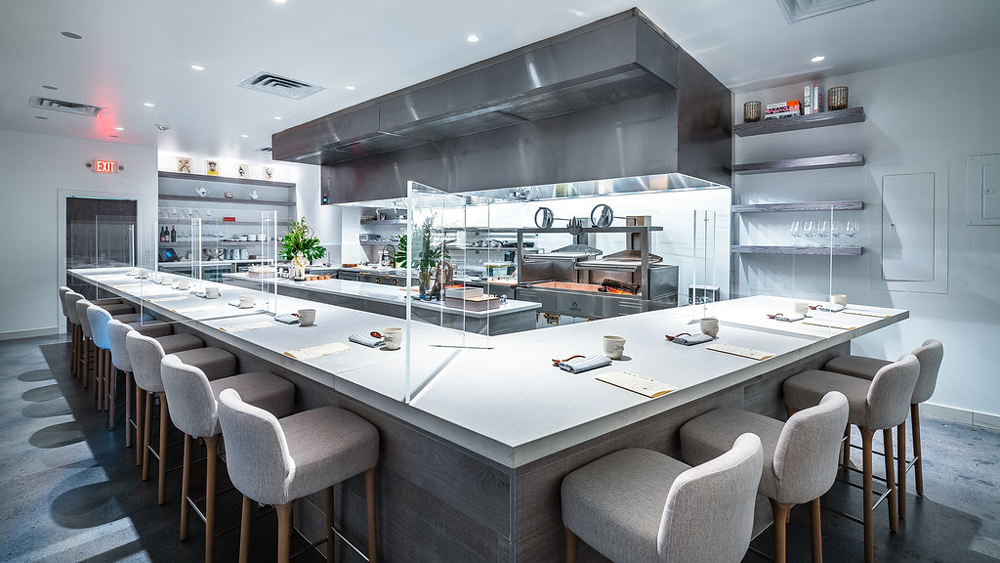 Chef Ryan Ratino is no stranger to Michelin. An alum of José Andrés’s Minibar and Wylie Dufresne’s dearly departed WD~50, Ratino opened Bresca in 2017, and the restaurant inspired by the Parisian bistronomy movement has notched a star each of the last couple Washington, DC editions of the guide. His encore, the tasting counter experience Jônt opened last July in the middle of the pandemic and Michelin came calling again.

After a pandemic-induced hiatus, the Michelin Guide is back handing out its stars in America, announcing DC recipients today. In the guide, Jônt made a pretty remarkable showing, debuting with two stars, despite being open less than a year.

“Chef Ryan Ratino’s talents have impressed the inspection team for years from his work at Ripple in 2017 followed by Bresca,” Michelin’s anonymous chief inspector in North America told Robb Report. “What he and his team are doing at Jônt consistently impressed our team over the course of several meals during the inspection process, and his new venture delivers a meal experience that is indicative of cuisine at the two-star level.”

The restaurant, located in the same building as Bresca, was slotted to open in 2019 but was pushed into 2020. As the pandemic wore on, Ratino and team decided to go forward anyway last summer, erecting partitions between parties and serving a slightly scaled-back version of their original ambitions—at least temporarily. Diners enjoyed a view of the small kitchen with the wood-fired grill and dined on a cuisine that focused on aged meat and fermented ingredients.

“New openings were successful and impressive despite the challenges of the past year,” Gwendal Poullennec, the international director of the Michelin Guide told Robb Report. “Chefs certainly showed their creativity and resilience.”

None of the restaurants that previously held a star lost its rating in this edition of the guide, with The Inn at Little Washington retaining three, as well as José Andrés’s Minibar and Aaron Silverman’s Pineapple and Pearls each standing pat at two stars. Of course, unlike Jônt, both Minibar and Pineapple and Pears have been closed for the last year because of the pandemic. In these situations, Poullennec says the guide relied on visits to the restaurants that occurred before the pandemic shut them down.

However, the prolonged shutdowns left Alinea co-owner Nick Kokonas questioning why the guides didn’t wait longer to return. “Curious to know how the Michelin guide can rate restaurants in Chicago that have been essentially closed for over a year,” he wrote in a tweet.

Curious how the Michelin guide can rate restaurants in Chicago that have been essentially closed for over a year. We’ve worked hard on To Go but that’s not meant to be 3*. And they can’t have dined in. So why a new guide? Makes sense in 2022. Not now. Now is rebirth.

Michelin obviously thought differently, believing the time was right to return with new guides for US.

“Michelin inspectors are pleased to see signs of recovery throughout the industry with increased restaurant openings, positive feedback from chefs and a wider distribution of vaccines. It was reassuring to hear that despite the challenges of the pandemic, the chefs we spoke to continue to feel that Michelin is still a very important distinction for their team,” Poullennec says. “Now, more than ever, we think it is very worthwhile to celebrate their excellence.”

The 23 Michelin-Starred Restaurants in DC