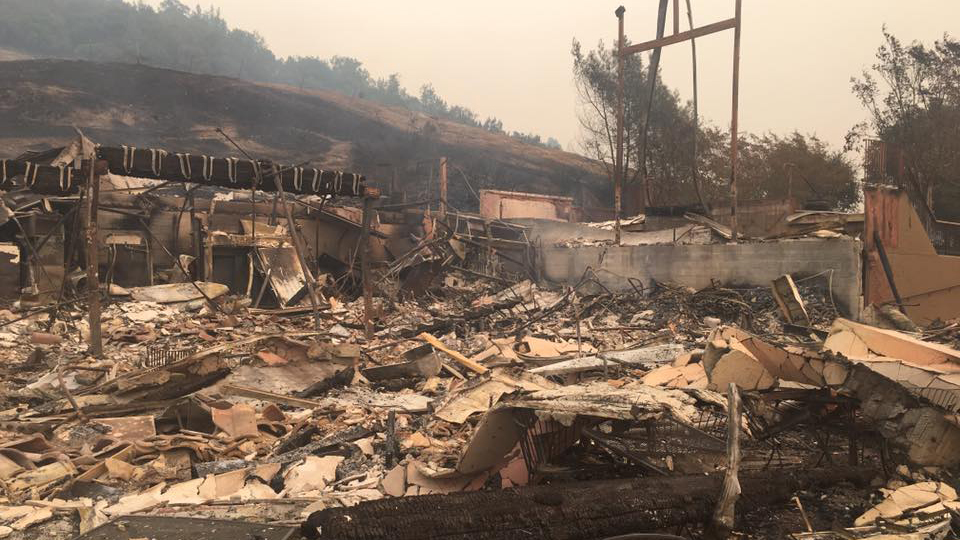 The annual tradition of finding out which restaurants throughout the Bay Area would receive Michelin stars was set to occur on October 12, but with wildfires ravaging the region, Michelin has stated it would be best to delay the announcement of its 2018 San Francisco guide to a yet-to-be-determined date in the future.

“We have followed the crisis unfolding in Napa, Sonoma, and other counties near San Francisco with grave concern and heavy hearts,” said Michelin’s Claire Dorland-Clauzel in a statement. “Recognizing the turmoil and tragedy of the fires that are still burning, we understand this is a time for grief and recovery, not celebration. We extend our condolences to all who have been affected.”

In addition to the delay, Michelin has donated an undisclosed amount of money to the Bay Area American Red Cross.

The fires so far have claimed 21 lives and burned 170,000 acres of land throughout Napa, Sonoma, and surrounding areas. Even those not in harm’s way of the fires– like Meadowood—have been affected by power outages. Thomas Keller has been providing updates on his restaurants via his Instagram, stating that The French Laundry will be closed until further notice. Dominique Crenn has called on volunteers to help her make food for those displaced by the fires.

Many wineries have closed until further notice. Others, like Paradise Ridge Winery and White Rock Vineyards (one of Napa’s oldest wineries), have been completely destroyed by the fires. The Napa Valley Vintners association released a report on Wednesday stating that at least five wineries belonging to the group have incurred significant damage from the fire, but that 90 percent of the grapes for this harvest season had been picked prior to Sunday night.

Prominent farms around the Bay Area, like Bee-Well Farms in Sonoma have burned to the ground, while others like Oak Hill Farm have evacuated, unable to harvest their late-season crops.

Governor Jerry Brown called the fires one of the biggest and most serious in state history. While at a Wednesday press conference Cal Fire Chief Ken Pimlott said, “Make no mistake, this is a serious, critical, catastrophic event. The potential continues to exist for peril.”