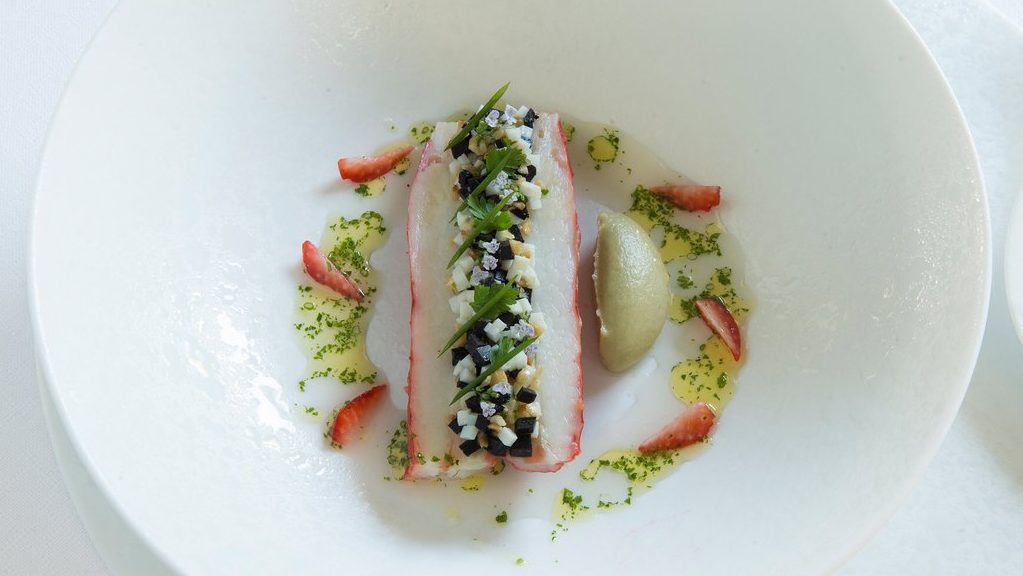 Inter Scaldes isn’t in a hurry. The Dutch restaurant first opened its doors in 1968, finally earning a Michelin star nine years later. Seven years after that, the tire-company-turned-food-guide bestowed its second highest honor upon the restaurant, giving it two stars. Ever since, Inter Scaldes has been working to raise itself to a three-star level, and 49 years after it opened, it has finally done it.

At a ceremony held in Amsterdam, Michelin announced the restaurants which had earned stars for the 2018 Netherlands guide; along with six restaurants earning their very first star, Inter Scaldes finally got its third.

The husband-wife duo behind the operation, Jannis and Claudia Brevet, accepted the honor. The couple owns both the restaurant and the adjoining quaint, 12-bedroom inn that’s tucked into the southwest corner of the Netherlands, near the Belgian border. Claudia runs the restaurant, while Jannis—a native of the province Zeeland where Inter Scaldes resides—helms the kitchen.

Jannis’ cooking is a contemporary take on continental European cuisine that incorporates local ingredients. That means an emphasis on seafood because of the restaurant’s coastal location. In the waters near Inter Scaldes lobster, oysters, mussels, and bass are harvested for elegant dishes that cost 125 EUR ($147) for a five-course tasting menu and 165 EUR ($194) for eight courses.

Of the six restaurants receiving their first star, three are located in Amsterdam. The Duchess, located in the W Hotel, features Viennese architecture, but serves a menu inspired by Southern France and Italy.   Le Restaurant offers a simple, market-driving take on French cuisine served with a laid-back bistro feel. And The White Room, with a dining room dating back to 1885, serves contemporary cuisine in a setting reminiscent of centuries past.

Outside of the capital Vista in Willemstad makes use of its seaside locale with fresh seafood. Another seaside restaurant, AIRrepublic in Cadzand, earns a star for its seafood prowess. And Fitzgerald in Rotterdam, named for The Great Gatsby author, offers an extensive wine list paired with contemporary cuisine.