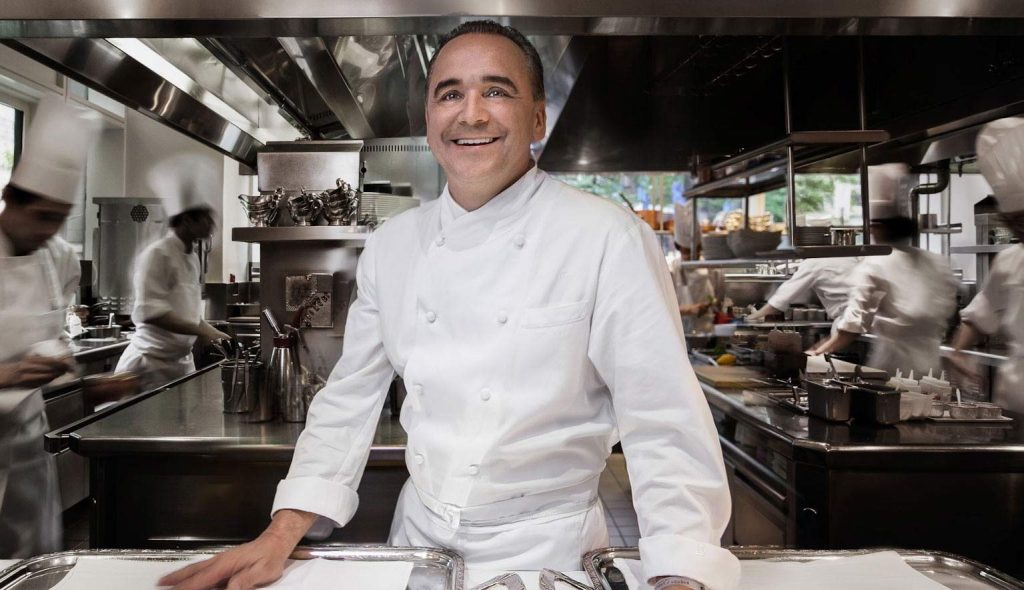 When the San Francisco Michelin Guide dropped last week, it was cause to celebrate the ascension of another American restaurant to the rarefied air of three Michelin stars. For New York’s unveiling today, it was the opposite. Jean-Georges Vongerichten’s flagship fine dining restaurant, Jean-Georges, was demoted from three stars to two. This drops the total three-star restaurants in New York City to five, now two below San Francisco.

“It was a difficult decision for us to make,” Michelin guide director Michael Ellis told Eater New York  about the demotion. “Unfortunately, we saw a slow glide downward. It started off with small things… and it didn’t get any better. It was kind of on cruise control.”

Michelin inspectors visited the restaurant inside Trump Tower up to 10 times over the past 18 months, but Jean-Georges ultimately failed to hold its three-star standard.

The major mover on the list was Sushi Ginza earning an upgrade from one star to two. In addition, six new restaurants appeared on the list, including the Korean steakhouse Cote.

Somewhat surprisingly, neither of Mario Carbone and Rich Torrisi’s showy takeovers of the old Four Seasons space—The Grill and The Pool—earned a star. Those two restaurants have been among the most high-profile openings of the year, with The Grill receiving rave reviews. But Ellis told the New York Times that the restaurants “were not quite ready.” However, two other jewels in the Major Food Group crown—Carbone and ZZ’s Clam Bar—retained their single stars.

Another mild surprise—along with Le Coucou being passed over for a star again—is that Wildair, the restaurant led by Jeremiah Stone and Fabian Von Hauske, did not receive a star. While more informal than Von Hauske and Stone’s tasting-menu restaurant Contra, which retained its star, Wildair is consistently delicious and lively, with an exceptional wine selection. It’s a place multiple chefs have cited to me in the last year, without prompting, about being one of their favorite places to eat. The decision by Michelin is a good example of its bias toward the tasting menu.