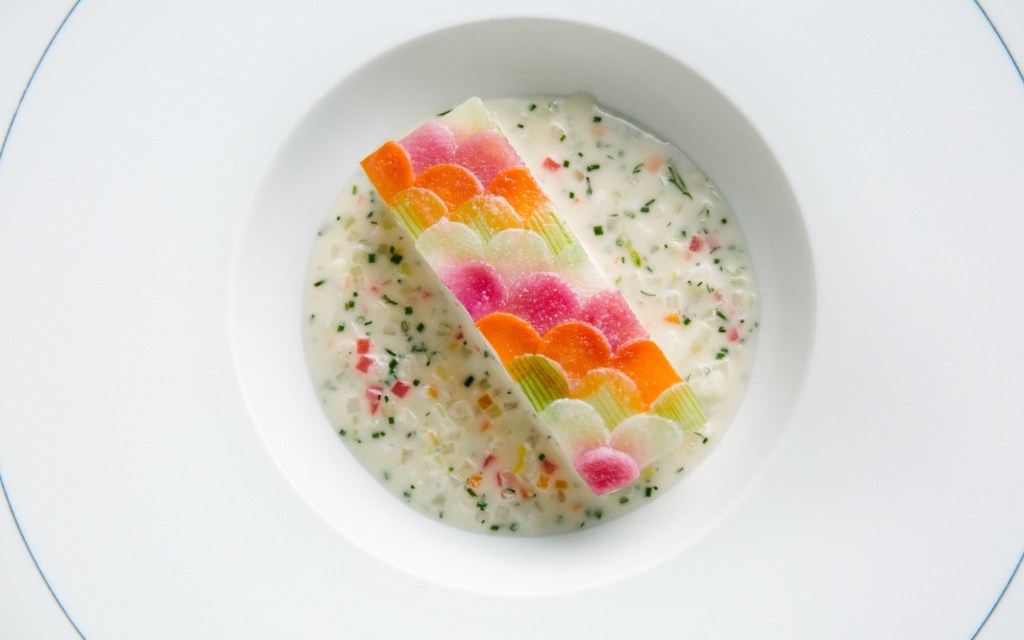 On October 12, Michelin readied to announce which Bay Area restaurants would earn stars this year, but with the devastating wildfires burning across Napa and Sonoma, the guide delayed the event and donated to the Red Cross, while encouraging others to help in any way they could. (Robb Report also promoted various ways you can help save Napa Valley and Somona County.)

The smoke is clearing and the area’s restaurants that survived the blaze have reopened. Local businesses are encouraging people to return, because frequenting restaurants and wineries is the best way to help workers and business owners get back on their feet. With that, it was back to business for Michelin, so it announced the winners of this year’s stars, with the big winner being Coi, which elevated to the rarified air of three-Michelin stars, an honor shared only by around 100 restaurants worldwide.

The modern seafood restaurant is helmed by chef Matthew Kirkley, who took over the restaurant from Daniel Patterson when Patterson stepped down as chef at his fine dining flagship after dinner service on New Year’s Eve 2015.

“Our inspectors have been following chef Kirkley since his days at L20 in Chicago, and we were thrilled to see that he is at the summit of his art,” said Michael Ellis, international director of the Michelin Guide. “We were truly impressed by his artistry and his team’s ability to produce sublime dishes based on local ingredients like abalone, oysters and seafood.”

Pending the release of the New York Michelin Guide next week, San Francisco now sits atop the American culinary pyramid as the city with the most three-star restaurants, boasting seven compared to the Big Apple’s six.

In the one-star category, three-star chef Corey Lee of Benu picked up a star for In Situ, his restaurant in the San Francisco Museum of Modern Art, where he creates dishes that are homages to plates by other chefs.

Across the Bay Area, 55 restaurants earned a Michelin star for 2018