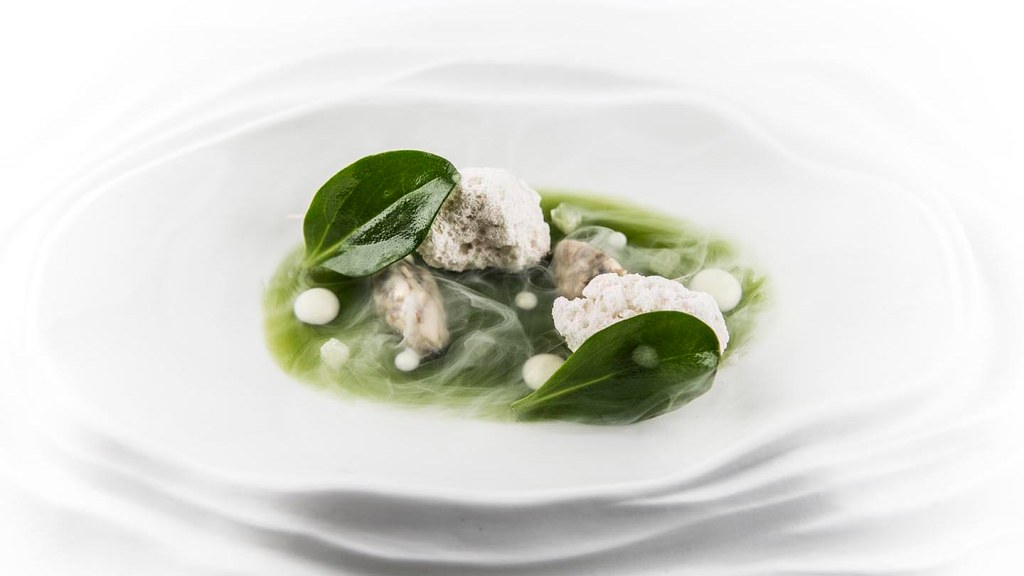 Your culinary bucket list just got longer. As Michelin season continues around the world, the latest locale to have its 2018 guide released is Spain and Portugal where not just one, but two restaurants have obtained a coveted third Michelin star from the tire company turned gourmet guru: ABaC in Barcelona and Aponiente in El Puerto de Santa Maria.

Unlike in America, where Michelin covers four cities only—each with their own guides—inspectors fan out across the Iberian Peninsula to create one guide covering all of Spain and Portugal. So, it’s not a fair comparison—because large swaths of America go uncovered—but Spain, with 46.5 million people, now has 11 three-star restaurants compared to the 14 in the United States, which has seven-times the population.

At ABaC, a restaurant inside a modern boutique hotel of the same name, the chef is excelling in modernist cuisine. Early in his career, Cruz was pegged as a wunderkind, notching his first Michelin star at 24 years old—the youngest ever in Spain to achieve that and the second-youngest in the world. Cruz took over the kitchen at the hotel’s restaurant in 2010, earning the ABaC two Michelin stars in his first full year at the helm. Cruz’s food is a study in molecular gastronomy, though he never studied with the master Ferran Adria, as one would expect of a young Spanish chef excelling at this type of cuisine.

On the opposite side of the country from ABaC, outside of the port city of Cadiz, the restaurant Aponiente is led by chef Ángel León. In the old Andalusian fishing town of El Puerto de Santa Mariá, León has become known as the Chef of the Sea for his avant garde take on seafood, using innovative techniques to create amazing dishes out of even the discarded bits of fish and unlikely ingredients from the sea, like plankton. Everything product León uses in his dishes comes from the water, and his commitment to using even commonly discarded scraps (like fish tails) has led him to become a strong advocate for sustainability.