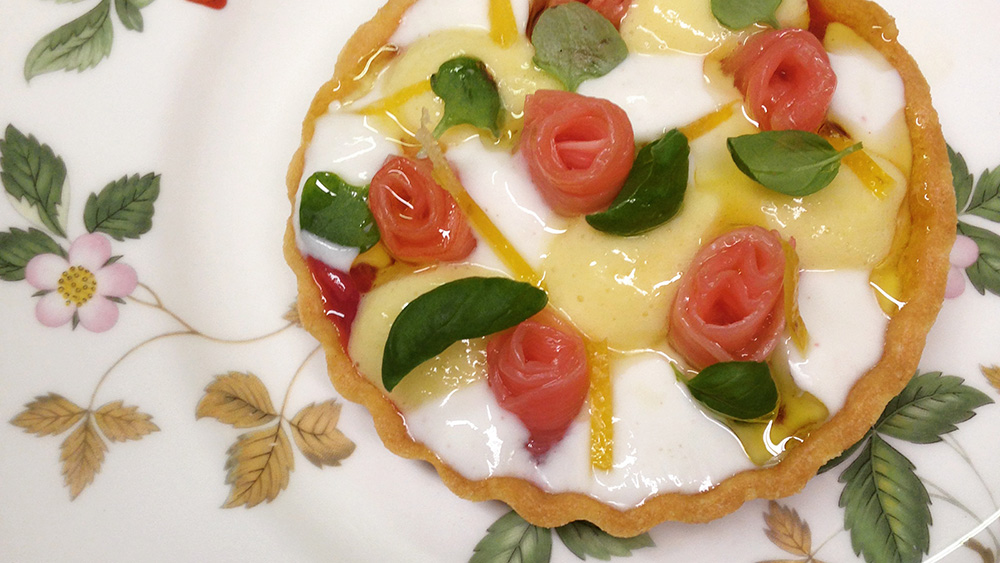 Toronto is on the map—the Michelin map, that is.

The Michelin Guide just announced its first-ever stars for the Canadian city, with 13 restaurants making the cut. Twelve of those spots were awarded one star, while just one received two stars. Overall, the cuisines represented aren’t that varied, with five Japanese restaurants appearing on the inaugural list. After that, you’ll find four restaurants serving what the Michelin Guide has termed “contemporary” food, two serving Italian and one each serving Mexican and French.

The most highly rated Toronto restaurant, at least according to the Michelin inspectors, is Sushi Masaki Saito, an omakase spot serving up shirako grilled over binchotan and chutoro with white truffles. The fish comes only from Japan; the rice is sourced from Niigata prefecture; and you’ll eat it all at a 200-year-old hinoki counter.

Elsewhere on the list, you’ll find acclaimed chef Patrick Kriss’s Alo, which serves a contemporary tasting menu with Japanese influences. There, you might come across a Koshihikari risotto with porcini emulsion or a rack of lamb with Thai green curry. Kriss’s Alobar Yorkville was also awarded a star for it’s à la carte menu and desserts, with the mille-feuille with raspberry Chantilly being a “show-stopper,” according to the Michelin Guide.

Edulis, one of Kriss’s favorite restaurants, he told Robb Report in 2019, also appears in the new guide. The tasting-menu spot from the husband-and-wife team of Michael Caballo and Tobey Nemeth offers a Mediterranean-inspired menu, featuring dishes such as roasted young chicken and a trio of maccheroni stuffed with mushroom purée. Another Robb Report favorite, Quetzal, made the list for its Mexican cooking spotlighting Canadian ingredients. Almost every dish there takes a turn on the kitchen’s 26-foot wood-burning grill, which spans the length of the restaurant.

Seems like it’s time to take a trip north of the border.

Check out the full list of Toronto’s Michelin-starred restaurants below.