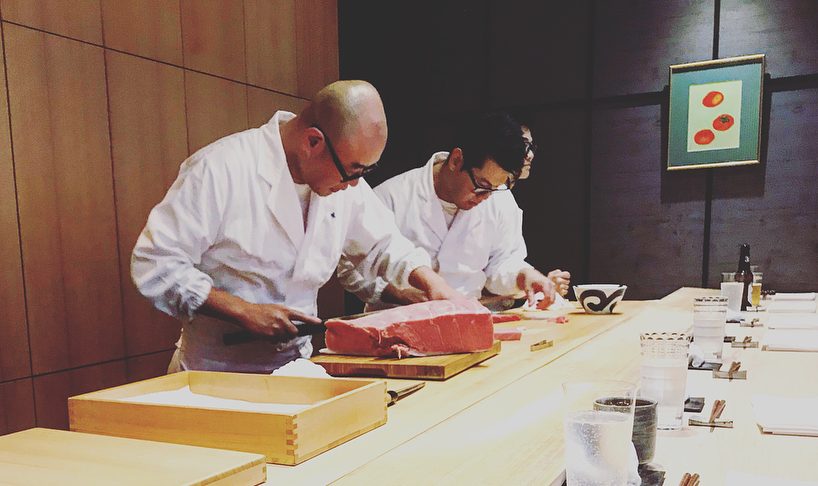 In a first for London, a Japanese restaurant has earned three Michelin stars. The nine-seat, £300-per-person sushi restaurant Araki was upgraded from two stars to three at a ceremony this morning in London announcing the 2018 Michelin Guide.

Earning a third star wasn’t a first for chef Mitsuhiro Araki though. His eponymous restaurant in Tokyo had earned three before he decided to close it and bring his skills to London to make sushi with European-sourced fish.

Araki joins four other restaurants in the U.K. and Ireland earning the guide’s top honor. In London, Gordon Ramsay and Alain Ducasse at The Dorchester retained their stars, and outside the city, Fat Duck and Waterside Inn remain three-star destinations.

Only one restaurant earned a second star in the 2018 guide with Claude Bosi at Bibendum—a new restaurant debuted in the guide with two, bringing the total of restaurants earning that honor to 20 throughout the British Isles. And 17 new spots earned a single star, making for 150 total, including the first pub in Ireland to ever win a star: Wild Honey Inn.

Among the restaurants losing their star, Turners @ 69 in Birmingham almost did so intentionally. After spending 8 years in the guide, in a move taken on by many restaurateurs to ignore Michelin, chef Richard Turner moved away from high-priced fine dining to make his restaurant more accessible to more people.

You can read the full list of restaurants winning stars at Michelin Guide: Great Britain and Ireland Awards List 2018.