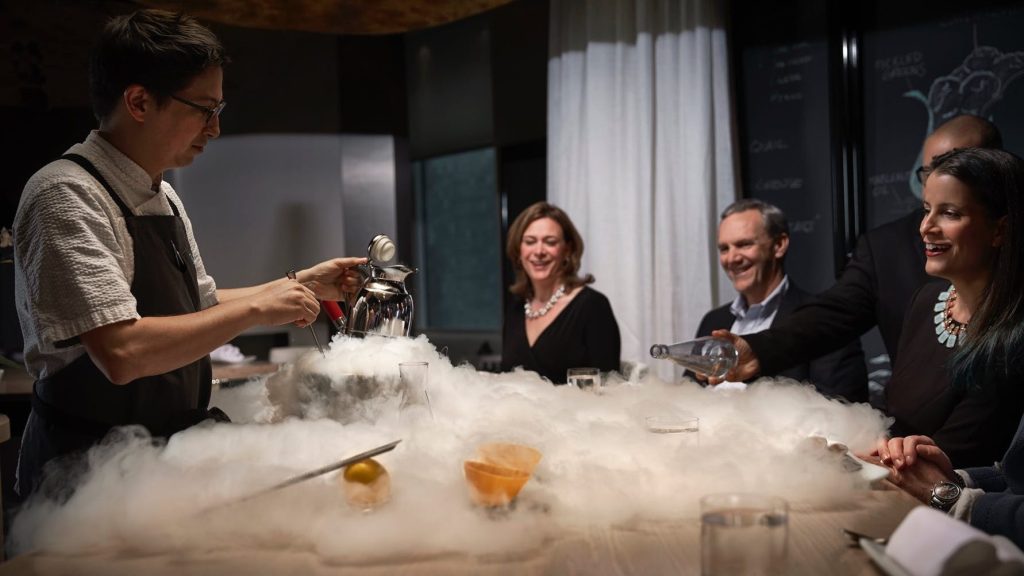 Not exactly a sophomore slump, the second edition of the Washington, D.C., Michelin guide, released today, was short on surprises. Not one of last year’s two-star restaurants earned a third, and none of last year’s one-star establishments bumped up a level.

Two restaurants did join the list for the first time: Komi and Métier.

Métier is chef Eric Ziebold and partner Célia Laurent’s second appearance on the list, joining their modern American restaurant Kinship, which retains its star for the second year running. Métier, the 36-seat restaurant located below Kinship, is tasting-menu-only, unlike its à la carte sibling upstairs.

James Beard Award–winning chef Johnny Monis’s Greek restaurant Komi earns a star, with Michelin praising it for a “for a Mediterranean tasting menu that offers diners a variety of small bites, house-made pasta, and roasted meat, often goat. In addition to the top-notch cuisine, this spot also provides an exciting wine selection and excellent wine service.”

An indication that Washington, D.C.’s culinary scene still has a long way to go before being considered a great dining destination, the nation’s capital remains the only U.S. market with a guide that does not have a three-star restaurant.