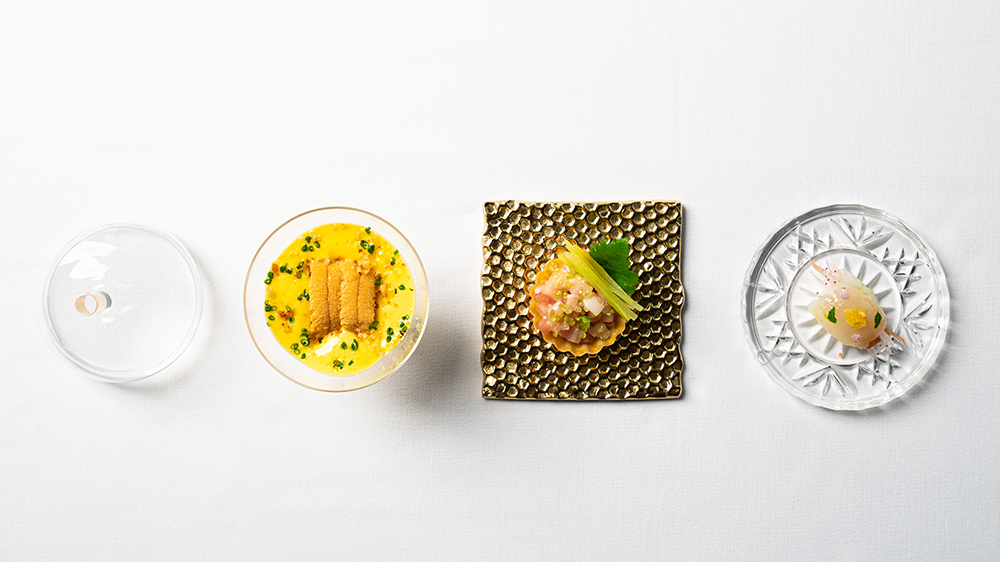 Toronto didn’t need Michelin swooping in to validate it as a world-class food destination—it had been doing just fine on its own in that regard. Then again, it can’t hurt. That’s the consensus among some of the city’s most influential food personalities, whose reactions to Michelin launching its first Canadian restaurant guide in Toronto, the country’s largest and most multicultural city and the fourth-biggest metropolis in North America, run the gamut from lukewarm to hopeful. The project had started back in 2017, before it was derailed by the pandemic.

“Some people think that Michelin will bring more international attention to the city, and by extension more investments, because a globally renowned restaurant guide is recognizing Toronto,” says Karon Liu, food writer at the city’s biggest daily, The Toronto Star. “And then you have others who say we got by fine without Michelin.”

In the guide’s absence, Liu says, the city relied on a wide variety of trusted culinary resources, including local dining guides, blogs and social-media tastemakers. For some, then, Michelin’s arrival feels like too little, too late.

Chef John-Vincent Troiano, owner of Frilu, one of 12 restaurants that received a first star in the inaugural compendium, had resigned himself to working in a Michelin-less city after watching New York, Chicago and San Francisco get their debut guides over the past 20 years. And while he followed Michelin’s rankings in other culinary destinations, earning a star simply wasn’t on his radar when he opened his contemporary farm-to-table restaurant in 2018.

“I’ve been following Michelin since I was a young cook, and I never thought in a million years that Michelin would come to Toronto,” he says.

Overall, no restaurant earned the triple-star rating, which represents an exceptional eatery “worth the special journey,” and only one restaurant, Sushi Masaki Saito, was awarded two stars.

Along with chef Saito, the big winner was chef Patrick Kriss, who earned a star each for his French restaurants Alo and Alobar. For Kriss, the arrival of Michelin was a “nice addition” but not a necessity— though he points out that the guide’s presence could give the local dining landscape a competitive edge in a city that doesn’t have a starred restaurant-rating system such as that provided by The New York Times. “It gives you goals to work toward,” he says.

The selection drew criticism by some for over representing addresses in Toronto’s toniest neighborhood, Yorkville, and not appropriately reflecting the city’s hallmark diversity, with the list dominated by twin pillars of Eurocentric and Japanese cuisines. Considering that more than 50 percent of Toronto’s population was born outside Canada, Liu says Michelin missed an opportunity to curate a selection that represents the city’s uniquely multicultural and inventive culinary scene: “The important thing to remember is that the European style of fine dining—appetizer, main, dessert, wine, white-linen table service—doesn’t apply to every cuisine in the world.” For example, lavish Cantonese dim sum banquet halls, with crystal chandeliers, lobster tanks and Chinese delicacies, appear nowhere on the list. “Every cuisine has its fancy style of dining,” Liu says.

Kriss suggests that, unlike in more established gastronomic capitals such as Paris and New York, working in a Michelin-less city meant the end goal was arguably purer: the love of hospitality. Chefs who spend their entire careers in starred kitchens typically aim to helm their own Michelin-level restaurant as well, he says, “but chefs in Toronto open what they like to eat and what they believe in, and may open a little spot on Ossington that serves amazing food. They don’t feel like they need to have a Michelin star.”

For his part, Troiano says that, while Frilu’s new star has lengthened waitlists for his 12-cover restaurant in the city’s north end, things remain business as usual and he rarely thinks about the accolade. It’s a modest sentiment shared by many locals—a sign, perhaps, that unlike European cities where Michelin stars have long held sway, Toronto has always been quietly confident in its culinary worth, Michelin or no.

“There was a lot of hype and magic in the air, but now we’ve come to terms with it, accepted it, and moved on,” Troiano says. “It’s very Toronto-like, and I’m happy to see that.”