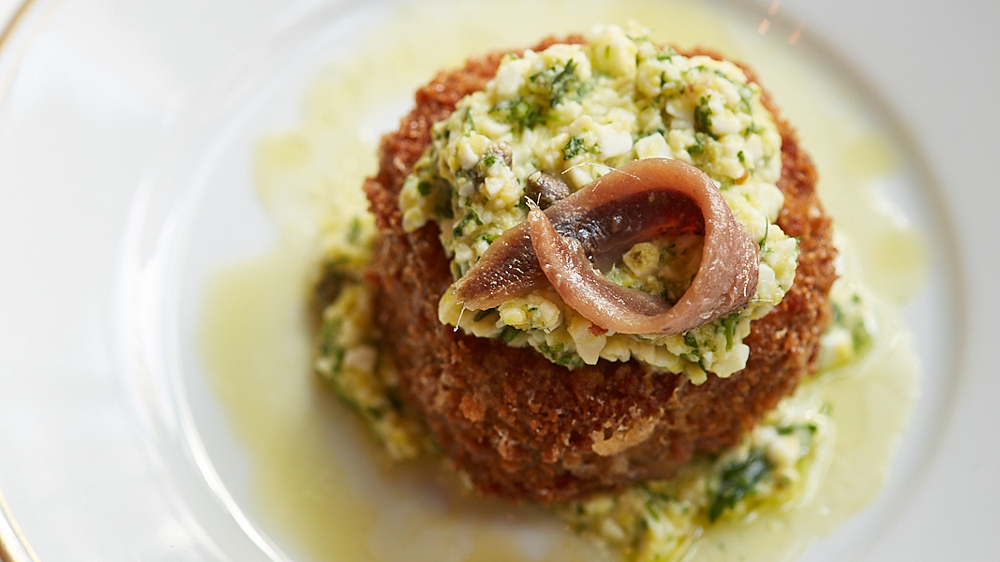 Today New York City celebrates a press release from its favorite tire company. No, not BFGoodrich or Bridgestone—it’s Michelin day in the five boroughs. The little red gastronomic guide has unveiled which restaurants have received its coveted stars. And again, it showed its tendency toward myopia.

As per usual, Michelin’s inspectors favored Japanese and French cuisine; six of the restaurants earning new stars this year were Japanese and three were French. That includes the late Joël Robuchon, which picked up two stars for another outpost of his global fine dining chain L’Atelier de Joël Robuchon, while not enjoying the warmest reception from critics. Another restaurant debuting with two stars was Masa Takayama’s meat-focused omakase in the basement of Tetsu. But unfortunately for Michelin (and the restaurant), it closed after the guide went to press.

Some of the new stars awarded to Gallic fare were worthy, like Daniel Rose’s ode to classic French gastronomy Le Coucou finally earning a star after years of being snubbed. But his wife Marie-Aude Rose’s charming all-day restaurant La Mercerie didn’t break through in its first year of eligibility.

Which speaks to the continued lack of women chefs honored by Michelin. Only two restaurants of the 76 listed have women leading the kitchen. Misi Robbins’ beloved Lilia doesn’t make the cut, neither does Daniela-Soto Innes’ Cosme (Which currently ranks 25th in the World’s 50 Best Restaurants list). Yet Mario Batali—who has been credibly accused of sexual harassment and worse—retains his stars at Del Posto, Babbo, and Casa Mono. Michelin likes to say it “only looks at the plate” when evaluating restaurants, but that disconnect from the world around the plate feels out of touch in the post #MeToo era.

As for the remainder of the list, Atomix—the fine dining Korean restaurant from JP and Elia Park—made a strong debut with a star and could be en route to a second in years to come. Two Mexican restaurants—Claro and Oxomoco—each joined the list for the first time. But curiously Mario Carbone and Rich Torrisi’s The Grill was snubbed yet again, as was newcomer Frenchette.

The very top of the food chain remains the same, as no restaurants joined the Michelin three-star club of Chef’s Table at Brooklyn Fare, Eleven Madison Park, Le Bernardin, Masa, and Per Se.