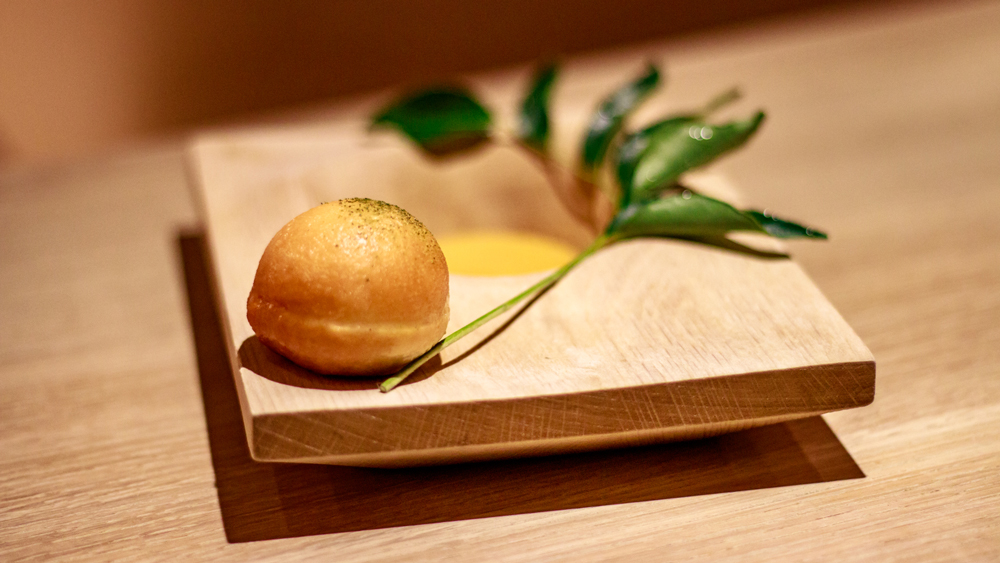 After leaving Los Angeles in its rearview mirror nine years ago, Michelin is back. The tire-maker turned gourmand-guide will no longer just rate restaurants in the San Francisco Bay Area, but will hand out its trademark stars up and down the entire state of California.

The venerable guide’s return to the Southland—first reported in the Los Angeles Times and confirmed by Michelin on Tuesday—comes at a time when the city’s cuisine has never been more ascendant. Over the last decade, the food scene there has thrived, making LA one of the most exciting places to eat in America. The globally influenced, casual-yet-high-quality style of cooking that has come to define the city’s culinary culture is much more in line with how people want to eat today than the temples of gastronomy Michelin is known for celebrating.

Meanwhile, things haven’t been quite as rosy for the gastronomic bible. Michelin’s celebrated stars have lost some of their luster in recent years, as upstart competitors like the World’s Best 50 list have have challenged Michelin’s ratings primacy. The explosion of social media hasn’t helped. So, while Los Angeles will benefit from the return of the august guide, Michelin may need LA more than LA needs the Michelin.

The City of Angels has had a rocky relationship with the gourmet guide. The French-born rating system has been publishing in the States since it debuted a 2006 guide for New York City. It followed soon after with ratings for San Francisco, and then a 2008 guide to LA. But after only two uninspired years, Michelin bolted after a divorce that seemed less than amicable. The then head of the guide, Jean-Luc Naret, offered a parting shot on the way, telling Esquire, “The people in Los Angeles are not real foodies. They are not too interested in eating well, but just in who goes to which restaurant and where they sit.”

The late, great LA food critic Jonathan Gold wasn’t too generous toward Michelin, either, arguing it never really understood the breadth and diversity of the area’s food scene and tried to force its myopic view of dining onto the city. In an LA Weekly column, Gold wrote at the time, “What bothers me is that the guide was so evidently put together as a fly-by-night project showing neither knowledge of nor much respect for Los Angeles, that the usual Hollywood banalities are recycled like so much fryer sludge at the biodiesel plant, and that there is so little imagination at work.”

That’s not to say Naret was alone in his assessment of Los Angeles restaurants. Tinseltown hasn’t always had the greatest culinary reputation. “I’m an outsider, and I’m just starting to understand it all now,” says Dave Beran, who previously worked at Michelin three-star Alinea in Chicago before moving to Los Angeles a few years ago to open the ambitious 18-seat restaurant Dialogue. “But the view of LA was, for the longest time, not the city that you go to for food.”

LA chefs haven’t concerned themselves with ticking off checklists to improve their star rating so much as making craveable food that gets people in seats. And more and more, that’s what diners want, as opposed to the highest levels of Michelin dining that reward a mannered night of reverence for a culinary genius, where it feels like you’re at church. It will be to Michelin’s benefit to associate itself less with its stuffy past, but rather with a progressive form of dining that people love and which currently thrives in Los Angeles.

Because the truth is, people don’t need Michelin—or any guide, for that matter—as much as they once did. “Everything is more global,” Aitor Zabala of Somni says. “You can find everything on the internet and on Instagram, all these things. Social media was totally different maybe 15 years ago.”

That doesn’t mean chefs aren’t excited to see Michelin arrive. “It’s exciting and it’s going to move the needle,” Zabala says. “But it’s not what started the needle moving.” Fellow chefs concur. “LA has been defining itself independent of the weight of Michelin for a while now,” Mei Lin of Nightshade says. “But I think it’s a great time to reassess how much chefs and restaurants here have redefined things and how we contribute to the conversation internationally.”

Beran believes Michelin still wields the power to lead people to new restaurants—which can make all the difference. “I have good friends who opened a restaurant and they were open for about a year and the restaurant just wasn’t doing that well,” he says. “And then all of a sudden they got one Michelin star and it completely changed everything for them.”

For restaurants that are already succeeding in the city, having the guide back could elevate restaurants that the locals love, but which haven’t enjoyed worldwide acclaim. “I think it will be inspiring for chefs and restaurants to have their work recognized on a global scale,” Nakayama says.

The overall impact may be larger than just the restaurants chasing stars—which is why tourism boards in South Korea and Thailand have lured Michelin to their backyards. They see value in attracting culinary tourists, and there’s a sense that rising tides will lift all boats. “When people come into a city, they don’t all go to Michelin restaurants,” Zabala says. “When I go to Copenhagen, I go to Noma, but after, I want to get tacos from Rosio Sanchez or go get pizza from Baest.”

Where Los Angeles could experience the biggest change is at the high end of fine dining. Investors may see in Michelin a trophy for which they’re willing to invest heavily. The pursuit of three stars is a costly endeavor, but LA is a town filled with people willing to pour money into tiny movies with the hope of having an Oscar on their mantel, so perhaps having Michelin gives the affluent investor class enough of a nudge to spend money on chasing the global recognition of owning a three-star restaurant.

Now that Michelin will return with a guide this year, those in contention for stars will start to feel the heat. “We’ve waited nearly a decade to get Michelin back to LA, and I’ll be honest, it’s incredibly exciting and bloody terrifying all at the same time,” chef Curtis Stone says. “Chefs instinctively push ourselves to be better. We at Maude and Gwen will always look for ways to improve our standards and aspire to something greater. Having Michelin back is the culinary recognition this city deserves.”