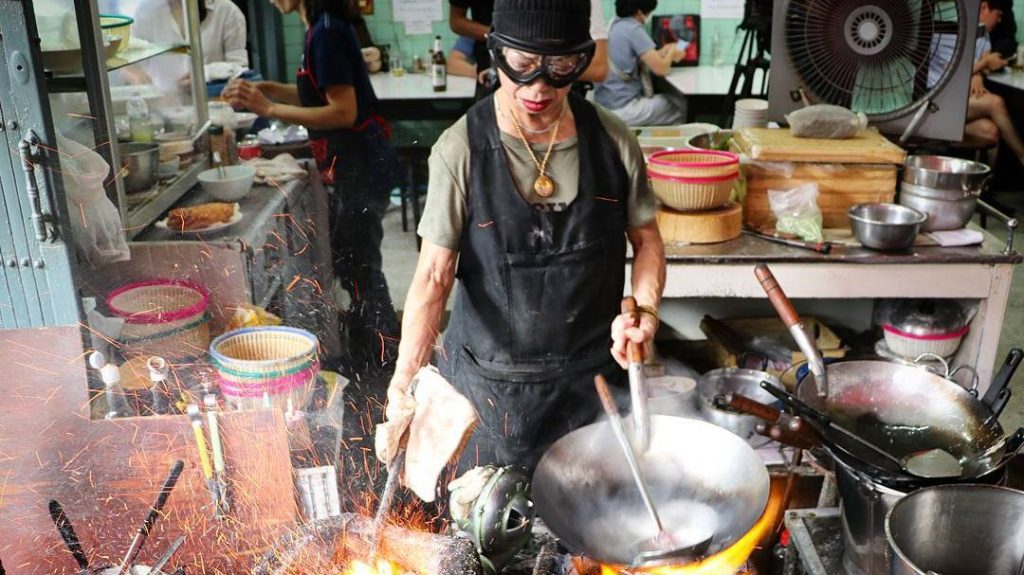 Some chefs work their whole life to get a Michelin star. After having a star for just a month, one chef told the organization they could have it back–she’s good without it.

In December, the French-tire-company-turned-restaurant-rater made its debut in Thailand’s capital, Bangkok. At the high end of Michelin’s spectrum, no restaurant achieved three stars, but a few grabbed a very respectable two. But the biggest headlines were reserved for someone who earned one. Jay Fai, the 72-year-old, black-goggle-wearing, crab-omelet-making chef took home a star for her eponymous shophouse, where she makes some of Bangkok’s best street food.

A month after accepting the honor, Eater has checked in with Fai (her real name is Supinya Junsata, but everyone, including herself, calls her Jay Fai) to see how she was doing. “I wish I could give the star back already,” she says.

Before earning the accolade, the restaurant was already pretty busy because of its legendary status in the city. It’s one of those instances where you could say her inclusion in the guide may have actually helped Michelin more than her, because her inclusion lent some street cred to the guide’s debut edition. Since getting the star, there has been uptick of tourists snapping photos, and even some tax department bureaucrats descend upon her restaurant. So many people have arrived that lines are stretching more than two hours long and they’ve had to develop a reservation system to apportion the hotly demanded tables.

It has not necessarily led to a ton more money for her, though. Like the Michelin-starred Singapore street food vendor, she didn’t want to raise prices to capitalize on her newfound fame, because she didn’t want to price out her most loyal customers who were with her before she earned a star. And the new ones aren’t there exactly for the reason she wants. “Many people come just to see and take pictures and not necessarily to eat,” she says of the hordes of food Instagrammers.

It’s quite a different reason to want to give back the star compared to Jérôme Brochot, who recently told Michelin that his small mining town could no longer afford the style of restaurant Michelin reserves its stars for in Europe. Brochot wants to get rid of a star so people will come, and Fai wants to abdicate hers so people will go away. In either instance, you can’t give back the star, as Michelin will continue to tell the public a restaurant should be visited as long as the company deems it is worthy.