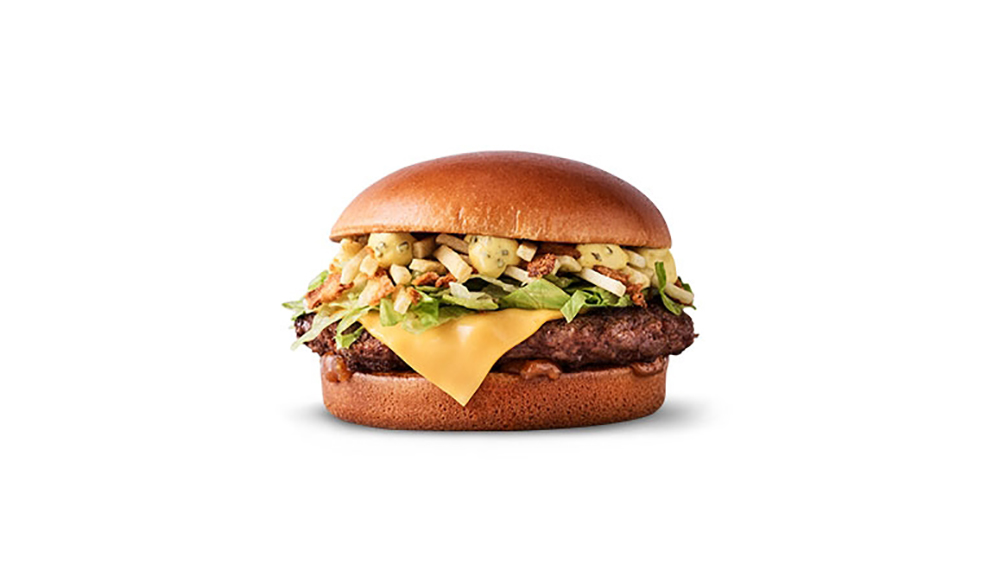 When the 450-seat McDonald’s opened in 1986 near Rome’s Spanish Steps, it caused quite a scene. The backlash would be just as big.

On the first day, 500 people waited outside for the doors to open. For months after, Italians and tourists alike packed the American fast food chain’s Roman outpost—the biggest McDonald’s in the world at the time—with crowds overflowing into the historic square and burger wrappers littering the city where Julius Caesar once roamed. Customers were soon joined by protestors. Italians objected to the McDonald’s and the heavily industrialized and commodified modern food system it promoted. Designer Valentino even joined the outcry, complaining that his nearby studio smelled of French-fry oil.

This fast-food behemoth entering the heart of the Eternal City sparked a counter movement called Slow Food, which released an international manifesto in 1989 and has been actively preserving food culture since. Much of the farm-to-table and artisanal cuisine that’s risen in America in the decades since is an offshoot of the Big Bang event that was McDonald’s opening in Rome.

Last month, McDonald’s announced it was partnering with Paul Cunningham, the chef behind the Michelin two-star Henne Kirkeby Kro on the west coast of Denmark. Across the country, McDonald’s would sell a Cunningham-created burger that featured béarnaise, potato sticks, smoked onion puree, roasted onions, lettuce and cheddar on a brioche bun. And when it debuted, it promptly sold out. However, unlike Rome in 1986, there’s no coordinated backlash. “What surprises me the most is that no one is really saying anything,” says acclaimed chef Christian Puglisi. “There’s no one prominent in the world of gastronomy saying, ‘Hey, man, this is not cool.'”

Puglisi, an elBulli and Noma alum who went on to create the influential restaurants Relae and Manfreds, posted a video railing against McDonald’s and the idea of partnering with them. The nearly 10-minute recording purposefully doesn’t mention Cunningham by name, but describes how such a partnership is a betrayal of the values that have undergirded Puglisi in his own career—which he traces back to Slow Food’s inception and to ideals that have driven modern Michelin-starred restaurants.

“You cannot participate in symposiums, you cannot talk about quality produce, you cannot discuss and try to communicate cooking culture, traditional dishes and homey cooking on one hand and on the other hand be an advocate for the worst garbage that is produced and called food at the same time,” Puglisi said. “McDonald’s is no good. It is common knowledge to all of us that what they do is unhealthy, it’s hollowing out any kind of cooking culture and it is a fast food chain that is spending millions of dollars to lure in children with plastic toys to sell them garbage.”

The outspoken Puglisi has long been a chef putting his money where his mouth is. When he built his Copenhagen restaurant group, he eventually founded a farm that supplied them. And the farm wasn’t just a vanity project, creating a few choice ingredients and a picturesque backdrop for photo shoots—it had a scale beyond a restaurant garden. This allowed Puglisi to create an ecosystem to live his restaurant values. Before he closed Manfreds and Relae late last year, milk from his cows went to making the cheese for pizzeria Baest, fine cuts of animals were destined for the Michelin-starred Relae, and vegetables were harvested daily for the family-style dishes at Manfreds.

Yet, even in the ranks of Michelin-starred chefs, Slow Food has its detractors, because of its approach to cultural preservation. “I think that they are like food fascists without knowing it,” Magnus Nilsson of the now-closed Faviken, told Robb Report in 2019. “No culture can ever thrive if it doesn’t just evolve. It doesn’t work and no one is going to eat stuff that’s obsolete.”

While Slow Food advocates for tradition, it also celebrates a sustainable approach to producing food and Puglisi has embraced that ethos. “I do realize and appreciate that not everyone can eat in a Michelin-starred restaurant and nobody should eat in a Michelin-starred restaurant, because that’s not the point,” Puglisi said. “It’s not the Michelin stars, it’s the way of focusing on the food at its true value. It is a skewed reality that McDonald’s is promoting—it is not the true value of food that they are putting in this plate.”

He cites factory farming, deforestation and loss of biodiversity as a result of an industrialized food system McDonald’s directs. Puglisi argues fast food may be cheap to consumers, but the bill for our degraded health and environment will come due later on, at all of our expense.

Of course, Cunningham’s partnership comes at a time when the restaurant industry has been decimated by Covid-19, and people are trying to hold onto their livelihoods as best they can. But that doesn’t change the equation for Puglisi: Chefs need to speak up against McDonald’s, he argues, not embrace them. Otherwise, your hard-won credibility will be used to dress up a nefarious product.