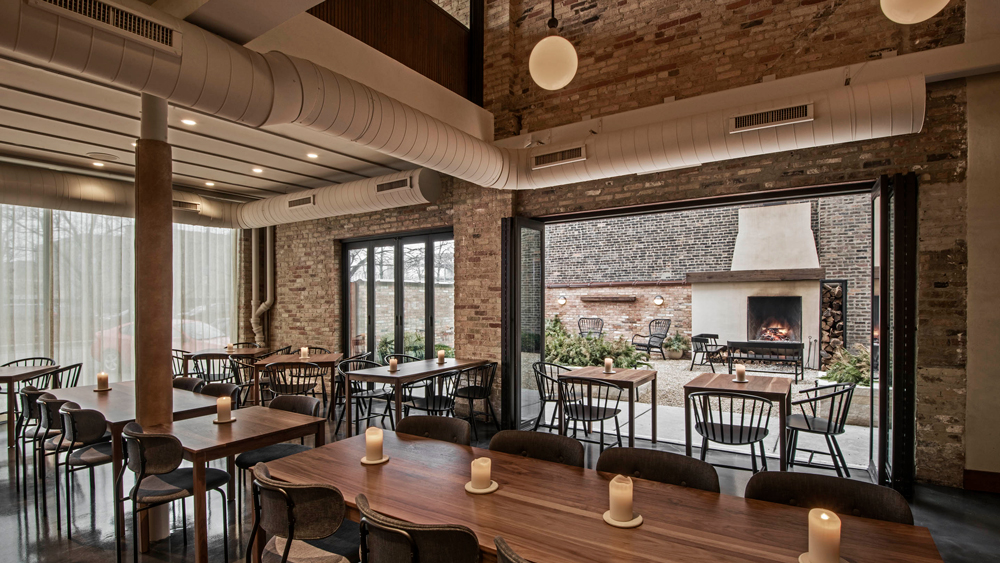 A storm is brewing in Chicago, and one Michelin-starred restaurant is battening down the hatches instead of trying to fight it.

On Monday, the owners of Elske, a Scandinavian-inspired restaurant in the West Loop, announced they would be shuttering for the rest of the year, with plans to reopen in fairer conditions.

“Although it has been an incredible season, we have decided to take an extended winter break this year,” their Instagram message to fans read. “Thank you to all our diners, regulars, neighborhood walk-ins, local and far away friends who have continued to support us. . .The conversations, warm reviews, feedback, thoughtful gifts and letters have made us remember why we love what we do. . .Elske will be temporarily closing until early 2021.”

The husband-and-wife team behind Elske, David and Anna Posey, told Robb Report that between the current dining restrictions in Chicago—restaurants may only operate at 40 percent capacity—the logistics of sitting people outside during the punishing Midwest winter, and some harsh financial realities, staying open right now “wasn’t really an option.”

“We are only focused on a set menu,” David said. “That’s like a two-hour experience and being outside, even with heaters—which we weren’t really able to get; everybody has sold out of them—is not the most comfortable thing. So, with the weather getting cold, we just decided it’s a good time to close down the whole operation.”

David said the decision was “tough,” because business has been steady and he’s now had to lay off his entire staff twice in less than a year.

“It’s not a great feeling,” he said. “We definitely haven’t lost money. We’ve been making money. [But] we did all of our numbers with our accountants, and we’ve just figured out we would lose less money closing up shop altogether than staying open.”

Elske, which was awarded a Michelin star in 2018, 2019 and 2020, first shut down in March, following the governor’s orders to help slow the spread of Covid-19. The restaurant returned in May as restrictions loosened and began serving takeout. They expanded to limited patio dining the following month, as the amended health orders allowed.

They continued offering those options through the summer, rotating the menu to keep things interesting. Recent offerings have included duck liver tarts with buckwheat and pickled ramps; caramelized cod with salted cherries and brown butter; and frozen fennel jelly with mint.

“We thought we’d have a good customer base that way. And we did for a long time. We were very busy and that was great. A lot of people came every single week for the last four or five months,” David said. “And then other restaurants started opening for takeout, so that kind of drew business away from us. And then as restaurants started opening for patio seating that kind of slowed us down as well.

Another issue has been customers’ attitudes. David said that at the beginning of the summer, “everybody was very understanding of the situation” and “courteous” and would show up on time for their reservations, wearing their masks. But as the months have passed, some diners have gotten more lax about the rules and less considerate, showing up late and preventing the restaurant from “turning the table” and making as much money as they can with limited seating.

(The restaurant normally seats 54 people at once, but at 40 percent capacity, that’s barely 20 people at a time.)

The Poseys have not yet selected a date in early 2021 to open back up. David says it will depend on “when people feel comfortable eating out.”

“It’s impossible to say,” he said. “Hopefully sooner rather than later. Are people going to be receptive to going out to eat again? Is there going to be a vaccine available? What are the restrictions going to be?”

Luckily, David is not going to have to fight his landlord over rent while the restaurant is closed—he owns the building.

“We were fortunate enough to make good decisions in the beginning of this whole pandemic and save a little money,” he said. “We have a little bit of money in the bank to be able to pay rent, whatever that may be, pay utilities, pay all those things. We can hibernate for a little bit and not worry about becoming bankrupt. So, we won’t be making money, we’ll definitely be losing money, but we’re still in it.”

Some other Chicago restaurants have recently announced they will be temporarily closing down for the winter as well, while others are taking advantage of street closures to extend their patios onto the asphalt. Every option sounds like a gamble. But David is resolute: They are only hibernating; they are not putting off an inevitable permanent closure.

“I’m optimistic because I think Elske is a great place and people love it,” he said. “And it’s something that we are really still passionate about and love doing. People’s reactions to us, seeing them come back week after week, it’s really kept us kind of optimistic. We feel there’s a need and want for us and we still want to do it and need to do it.”

The couple hopes to spend the winter on a road trip down Route 66 to Los Angeles, where David grew up, and then to the Pacific Northwest—assuming coronavirus cases aren’t spiking and travel is an option.

“Mange tak,” the restaurant’s sign-off message to fans ends—“thank you” in Danish. “We will see you soon.”

Elske will offer patio dining only (no takeout) Oct. 8-11. On Oct. 16-18, they will offer their to-go menu, which includes a Swedish meatball burger.