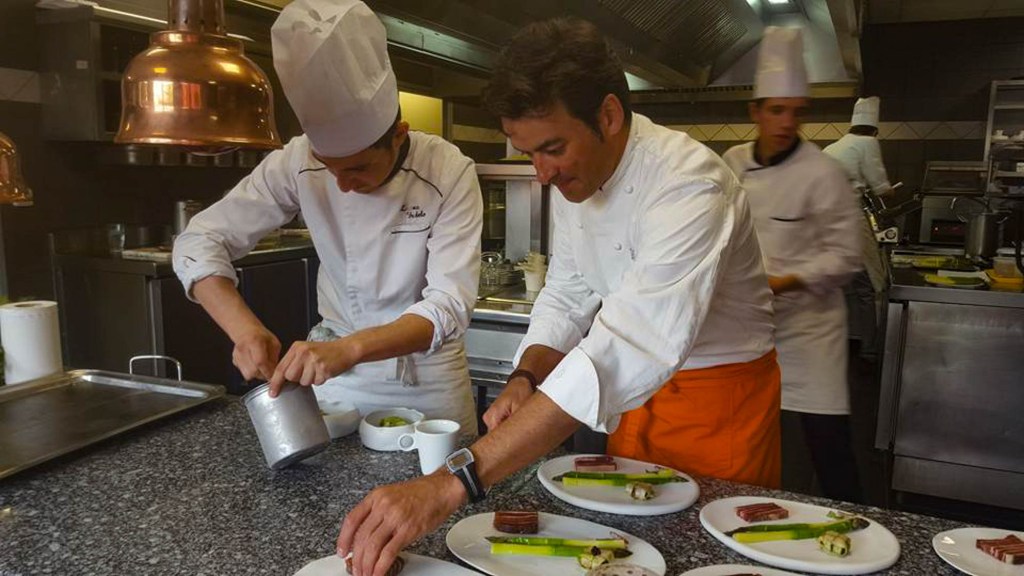 As Michelin prepared to release its 2018 ratings for its home country of France this week, the tire-company-turned-epicurean-evaluator faced a bit of controversy. One of the country’s most famous families of food wanted to return their three stars. Sebastién Bras, who inherited Le Suquet and its trio of etoiles from his legendary chef father Michel, no longer wanted the burden of Michelin’s inspectors hovering over him to keep the stars he had defended for a decade. Michelin granted his request and delisted Le Suquet from the guide.

Bras was not the only French chef in the past year to make a great show of returning his star. Jérôme Brochot also announced he wanted to renounce his Michelin honor last fall after he decided his struggling Burgundian coal town, Montceau-les-Mines, could no longer afford a restaurant adhering to Michelin’s one-star standards and price points. Brochot reduced the price of his menu so he could serve more people in his hometown. When Michelin released its ratings this week there was a surprise. Brochot’s Le France had retained his star, and Brochot was actually quite pleased.

“Offering a more accessible cuisine in terms of price, was a real necessity,” Brochot says. “I do not cook for myself or for a guide, but for my customers, and when the locals can no longer invite you to your table for lack of budget, you have to ask the right questions.”

Brochot first won his star in 2005, and maintained it by pouring resources into his kitchen. As the economy worsened in his less picturesque part of Burgundy, he lowered his prices from around $115 for dinner to about $30. With the awarding of the star, he thinks Michelin is showing that gourmet, high-level food doesn’t have to always carry an astronomical price tag. The chef is taking a bit of a victory lap, calling this the first populist Michelin star—though the street food vendors in Singapore and Bangkok who’ve won stars themselves may disagree. Energized by the announcement, he’s ready to keep pushing forward and hold onto the recognition.

“It will be seen if my star is maintained in a year,” he told HuffPo France. “In the meantime, I’ll continue to adapt so that people leave their homes, come to my restaurant, and spend a good night.”