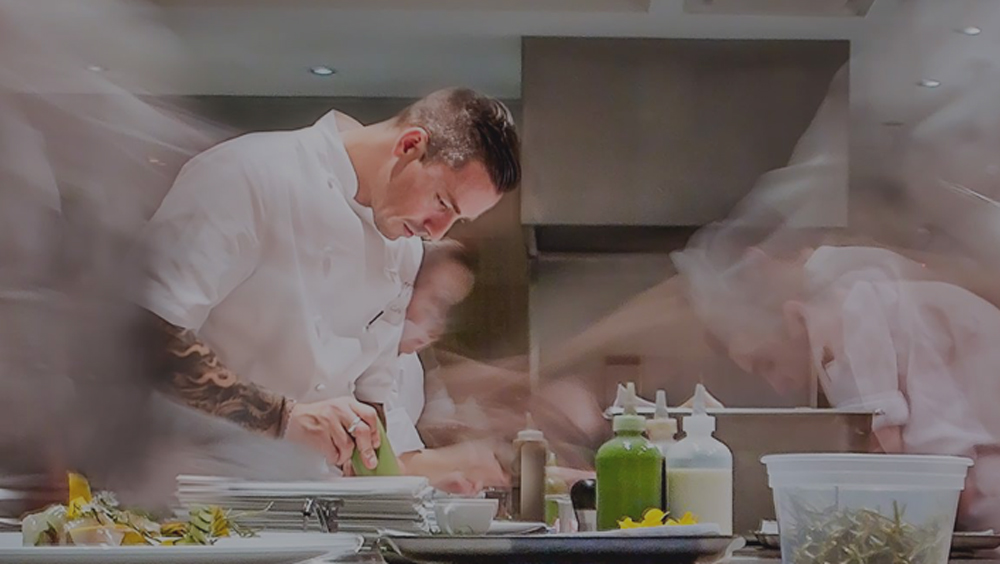 Last December, the revelation that the men behind three-Michelin-star Grace in Chicago—chef Curtis Duffy and general manager Michael Muser—had left the restaurant sent shock waves through the food world. The two had built the business from the ground up, creating one of only 14 three-star restaurants in America, and just the third ever in Chicago. When they left, their investor, Michael Olszewski, closed the restaurant, bringing Grace’s 5-year run to a stunningly abrupt end. Though the restaurant was finished, the recriminations had just begun.

The latest dustup in the ugly aftermath is the lawsuit filed this week by Duffy and Muser against Olszewski, reports the Chicago Sun-Times. The two signed contracts with Olszewski containing noncomplete clauses that prevent them from working at a restaurant in Chicago and its surrounding suburbs for another 18 months. Now, they’re suing to have that part of the contract voided so they can open another restaurant together. In the suit, Duffy and Muser claim Olszewski has threatened to enforce the clause, preventing them from finding consistent work.

Though Duffy and Muser have remained generally quiet (including Duffy, turning down an interview request from Robb Report), Olszewski has gone on the offensive. In an interview with Crain’s Chicago Business last month, he revealed that Muser hadn’t quit; he’d fired him. He then put the blame on the chef and GM.

“First, I’m not a jerk,” he told Lisa Bertagnoli. “I didn’t close this restaurant. Let’s make that abundantly clear. The chef walked out and told his team to leave. That’s what happened.”

In response to the suit, a representative for Olszewski released the following statement:

News of this frivolous suit is very disappointing given that Mr. Muser and Mr. Duffy were willing to take $3 million in Mr. Olszewski’s money to open Grace and now want to break the terms of that contract, which they signed in good faith. Mr. Olszewski was very generous to both of them, nearly doubling their salaries from the contractual $90,000 annual salary to $160,000, which he did as a gesture of good will. The truth is there are only two people to blame in this situation: Mr. Duffy, who walked out of the job on his own, while instructing his staff to do the same in the middle of the holidays with no guarantee of a job; and Mr. Muser, who was given over a year to address multiple and well-documented shortcomings in his role of GM, but did not do so.

Duffy and Muser haven’t responded publicly to Olszewski’s statement and have yet to reveal any plans for an upcoming restaurant. As for the 55-year-old real estate investor who bankrolled Grace in the first place, Olszewski still retains the space where Grace resided and wants to eventually open another restaurant there.