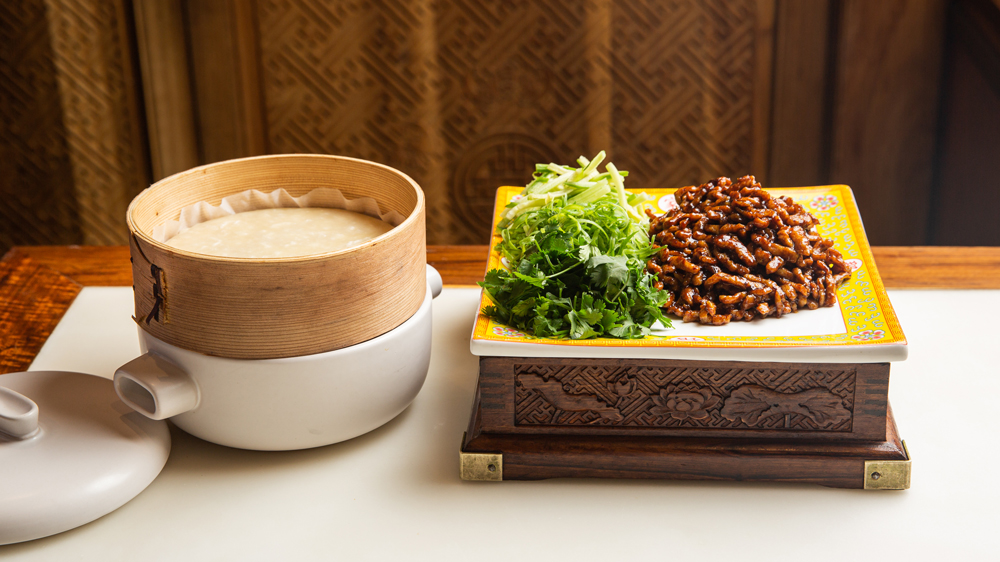 It was one of the biggest nights of his life, and L.A. chef Jon Yao wanted to celebrate. So naturally, he went to Bistro Na’s.

It was June 3, 2019, and Yao had just received a Michelin star for Kato, where he serves tasting menus that explore his Taiwanese-American heritage. He had driven with his dad and a close friend, Top Chef winner Mei Lin, from his parents’ San Gabriel Valley home in Walnut to the Michelin event in Orange County’s Huntington Beach. They had stopped for lunch at Brodard Chateau, a popular Vietnamese restaurant in Garden Grove. There was a lot of food at the Michelin reception, too.

But it was clearly time to feast after the Michelin announcement, so Yao drove more than 40 miles, to Temple City back in the San Gabriel Valley, for a blowout meal at Bistro Na’s.

“We wanted to celebrate with our entire staff, so we called everybody and told them to meet at Bistro Na’s,” Yao says. “We just looked up the ETA and met there.”

Bistro Na’s, where Yao’s favorite dishes include red braised pork belly, chili tofu skin salad and sea cucumber with beef tendon, was also awarded a Michelin star that night. This luxurious restaurant, which opened in 2016 and is part of a Beijing-based hospitality group, wants guests to eat the way Chinese emperors did by specializing in imperial court food from the Qing Dynasty. What this means is that guests are served top-tier versions of traditional Chinese specialties from chef Tian Yong, whose 25-plus years of experience includes cooking at Beijing’s highly acclaimed Grand Mansion restaurant and at the 2008 Beijing Olympics.

Yao is a frequent guest at Bistro Na’s. (He says the only restaurant he’s visited more as an adult is Angler.) He went to Bistro Na’s a lot with his parents before the pandemic. He’s had Bistro Na’s meals with chef friends including Brandon Go of Hayato (which also got a Michelin star on the same night as Kato and Bistro Na’s did) and Kuniko Yagi of Pikunico.

Other Michelin-star chefs that Yao respects, including Aitor Zabala (Somni) and Joshua Skenes (Saison and Angler), have also enjoyed eating at Bistro Na’s. What all these respected chefs recognize is the elegance, high degree of difficulty and pure deliciousness of the food there. For Yao especially, Bistro Na’s represents the future of Chinese cuisine and what can happen when chefs cook without limitations.

“I was born and raised in this area and I’ve seen the entire San Gabriel Valley change and I’ve eaten a lot of Chinese food,” Yao says. “When I was young, it was always sort of like people are cooking to survive. Now as time has progressed, there’s really specialized places and a lot more high-end stuff. Bistro Na’s, I think, is the best-executed Chinese food in Los Angeles. Everything’s done with more intention.”

Everything from the specific knife cuts, which can make food resemble origami, to the attentive and knowledgeable service makes Bistro Na’s stand out in a sea of good Chinese restaurants all over the San Gabriel Valley. Tian, who is proud that Bistro Na’s uses high-quality ingredients like fresh tofu skin, American lamb chops, Canadian jumbo scallops and South American prawns, says he is focused on making “distinct dishes.” He dislikes the idea of cut-and-paste cooking that you often find at other Chinese restaurants.

“Many restaurants will include multiple dishes of the same flavor, such as kung pao chicken, kung pao prawns and kung pao tofu,” Tian says. “Here at Bistro Na’s, we select a single dish to represent the flavor, perfect it and serve that to our guests.”

Yao says visiting Bistro Na’s can be especially impressive if you’ve eaten a lot of Chinese food and realize that most of it pales in comparison. But this restaurant is designed to be a wonderland for newbies, too. Servers speak English and will happily walk you through the menu.

“Every dish comes with an introduction and instructions of how it is best enjoyed,” says Tian, whose favorite dishes include his ultra-popular crispy shrimp and his Beijing zhajian noodles. “Our managers are the first to experience this as I personally cook and present each dish. Other team members are then trained by the managers. The managers and I assess the team members after training sessions to ensure everyone is qualified. Other chefs under my management will then participate in creating new dishes.”

The best way to experience Bistro Na’s is with a large group. There are private rooms with big, round tables for banquet-style feasts. “It’s good if you go with six, seven, eight people, so you can try many things,” says Zabala, who enjoys eating crab and also braised abalone with sea cucumber at Bistro Na’s. “I like how opulent the restaurant is. I like how they have private rooms. And I love how the chef has big ambitions. He came to Somni, and we have a good relationship. He’s definitely a Michelin-type chef.”

And Zabala, who was known for what was arguably L.A.’s most imaginative cooking at Somni, is impressed by Bistro Na’s ability to startle its guests. “I think it’s a restaurant you can go to with anyone who likes food and you’ll be surprised,” he says. “You feel the quality and the love in the food. You feel the execution.”

Zabala adds that he also likes how Tian keeps tabs on other restaurants and their accolades, both in China and the United States. Tian, of course, is honored when Michelin-star chefs visit Bistro Na’s.

“They are all role models in the same industry,” Tian says. “I just hope to use my understanding of the Chinese culinary arts and cook some fine dishes for them to enjoy. I would love the opportunity to collaborate and exchange knowledge with them. Los Angeles is an inclusive international metropolis and such a great platform. I love it.”