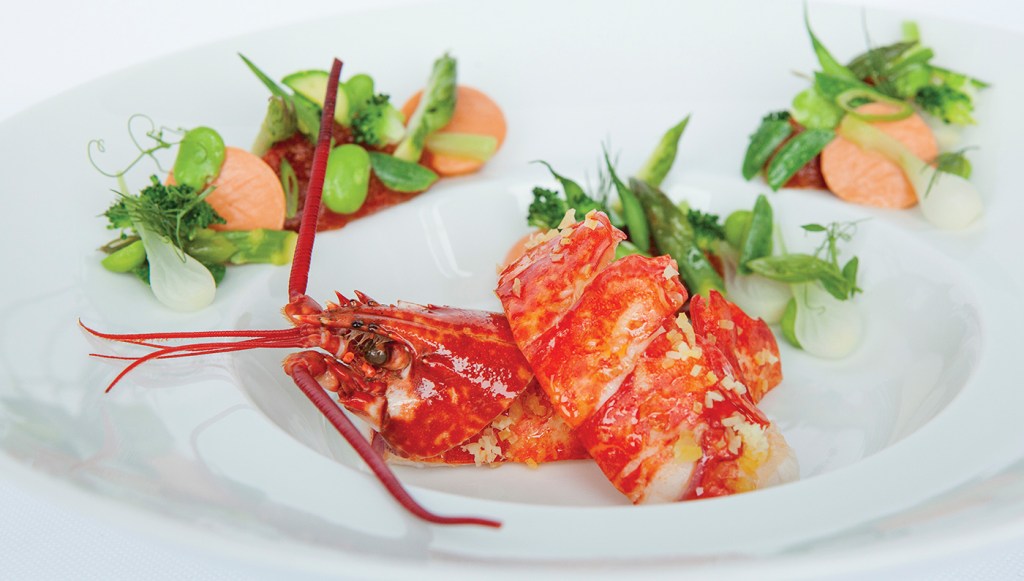 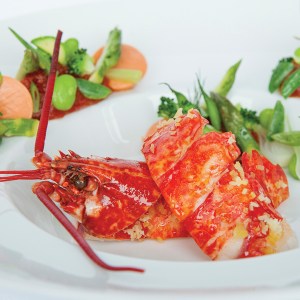 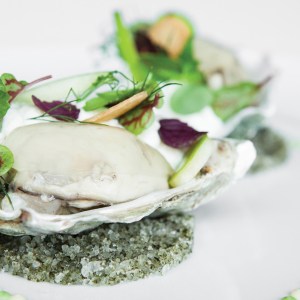 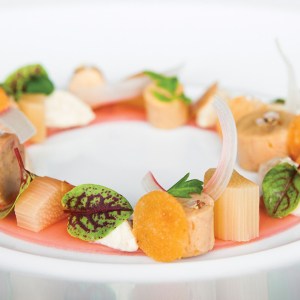 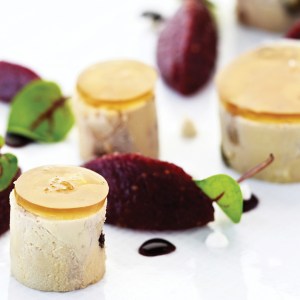 Caprice may be based in Hong Kong and its technique firmly rooted in French tradition, but there is a little bit of calculated whimsy in the ingredients at the two-Michelin-star hot spot in the Four Seasons Hong Kong. Chef de cuisine Fabrice Vulin and head sommelier Sebastien Allano will serve all-star hits from their menu on Monday, April 25, at The Blvd. restaurant at the Beverly Wilshire, A Four Seasons Hotel. Expect the entire restaurant to be transformed as the hotel recreates the experience at Caprice in its entirety. The seven courses will take some unusual but savory turns with the likes of a Brittany lobster tart with watermelon and shellfish jelly and an Atlantic scallops biscuit with morels. A Kobe strip loin follows, adding some more familiar territory before an exotic dessert of litchi espuma paired with crispy meringue and sorbet.

Sommelier Allano, whose pedigree includes Le Cinq at the Georges V in Paris and Le Bernardin and Daniel in New York, will also be pouring some exquisite, rare wines that are hard to source in the United States, including Riesling Josmeyer Le Dragon, Chassagne Montrachet 1er Cru les Champgains Domaine Michel Niellon, and Cornas JL Colombo La Louvée, as well as some rich cognacs.

The pop up will serve two dinners at 6:00 pm and 9:00 pm for $250 per person, with optional wine pairings for $95 per person. For reservations, email nicolas.degols@fourseasons.com.